One step closer to malaria elimination

A large international collaborative effort, including researchers from the University of Pretoria (UP), the University of Cape Town (UCT) and partners, has resulted in the identification of a new chemical compound that can potentially eliminate malaria. The findings of the study on compound MMV048 were recently published in the journal Science Translational Medicine. This is the first antimalarial drug discovered on the African continent and it is a major achievement in the African science community.

The breakthroughs started in 2012 already, when MMV048 was described by the H3D team, led by Prof Kelly Chibale, from the University of Cape Town (DST/NRF SARChI Chair in Drug Discovery). MMV048 was described in a murine malaria model as having the potential to act as a single-dose cure for malaria symptoms. Since that time, the antimalarial drug discovery programme has seen a massive expansion in South Africa. Not only has the H3D team at UCT led a world-class medicinal chemistry programme, but innovations at other institutions, including UP, contribute to a holistic approach to antimalarial drug discovery.

Malaria is caused by a parasite that is transmitted to humans when an infected mosquito takes a blood meal. The parasite is then capable of infecting millions of red blood cells and causing havoc in the patient, as is evident from the large number of disease symptoms. Luckily, malaria can be treated if diagnosed early enough. Unfortunately, the parasite has become resistant to all our current drugs, and this happened all over the world. Drug discovery programmes are therefore very important in designing new drugs to alleviate malaria symptoms.

However, the situation is even more complex. Malaria still results in almost 400 000 deaths a year on the African continent, even though global efforts are focused on eliminating the infectious disease. South Africa is leading this effort as part of four frontline countries in southern Africa, aiming to eliminate the disease by 2020. Malaria elimination will only be achieved if we can treat symptomatic patients and simultaneously get rid of the transmissible forms of the parasite. This will require a 'magic bullet' drug.

Prof Lyn-Marie Birkholtz, from the DST/NRF SARChI Chair in Sustainable Malaria Control and head of the Parasite Control Cluster of the University of Pretoria Institute for Sustainable Malaria Control (UP ISMC), works on the development of drugs that not only treat symptomatic patients, but are also able to kill the transmissible forms of the parasite. If this is successful, the entire life cycle of the parasite will be interrupted and therefore we will not have any new infections. In this manner, malaria elimination can be achieved.

Prof Birkholtz's team of researchers at the UP ISMC contributed to the innovation in antimalarial drug discovery and established the South African Malaria Transmission-blocking Consortium (an MRC Strategic Health Innovation Programme initiative) with scientists from the CSIR (Dr D Mancama) and the Wits Research Institute for Malaria (Profs T Coetzer and L Koekemoer). The Consortium is unique in Africa and has the ability to show that new antimalarial candidates, that may cure an infection, could also be used to block transmission of the malaria parasite from humans to mosquitoes.

Prof Birkholtz worked closely with Prof Chibale's team at UCT to describe the fact that MMV048 also targets the transmissible life cycle stages of malaria parasites. This makes this drug very enticing as it may have use in therapeutic conditions and additionally contribute to malaria elimination strategies. MMV048 is currently in clinical trials. 'This means that we are able for the first time to start talking about targeting the parasite for malaria elimination, something that has not been done before. This will have far-reaching consequences in the fight against the disease, giving us innovative tools for malaria control programmes,' says Prof Birkholtz. The new drugs can be used to contribute to other malaria innovations like vector control and in this way support integrated innovations, which the UP ISMC believes will enhance our success towards malaria elimination.

These findings support the growth of a drug discovery industry in South Africa and this is an exciting development for the country. It also proves that strong scientific partnerships in the country between individual researchers and with sustained funding from the NRF and MRC is making a difference to societal challenges in South Africa. The UP team alone now employs eight staff scientists and senior research fellows in this programme.

The research at UP was funded by the MRC SHIP, the MRC Collaborative Centre for Malaria Research, the NRF and UP. 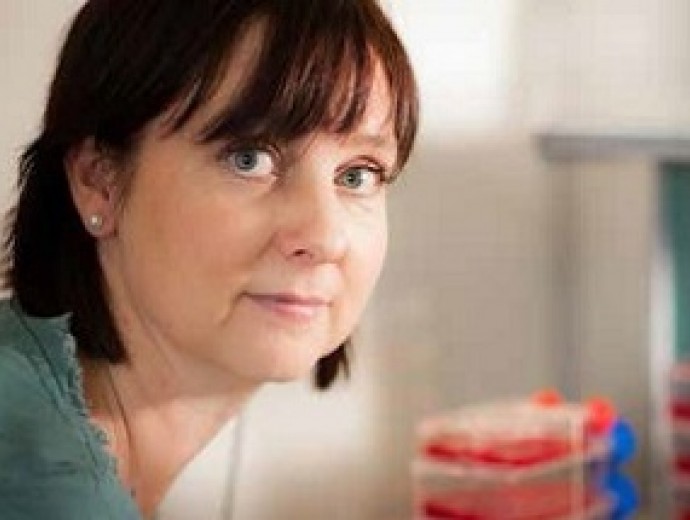