What prospective Health Sciences students think of UP

The word 'different' popped up several times in conversations with grade 12 learners from across South Africa at the Junior Tukkie Open Day, which was recently held in collaboration with the Faculty of Health Sciences at the University of Pretoria (UP). The event was a success, hosting more than 500 learners, parents and school personnel.

When asked to describe UP using just one word, 'gobsmacking', 'amazing', and 'awesome' were just a few that the learners chose. Lethabo Kgatuke said that UP was beautiful, both in terms of its facilities and its environment. 'I picked UP because I think it offers extremely good facilities when compared to other universities in the country,' he said, adding that the quality of higher education offered at UP is impressive and that he aspires to become a medical surgeon. 'Our world is experiencing global changes. As there are many outbreaks of diseases, doctors will be needed,' he concluded.

Shaylan Moodley said his research showed that UP has a good track record and that studying here would ensure that the world becomes his oyster. 'Once I have completed my studies at UP, it will open doors to the rest of the world for me,' he said. He explained that there is no better university at which to pursue his dream of specialising in cardiothoracic surgery.

Patricia Zongelolo and Moodley both described UP as 'different'. Zongelolo, who looks up to the late South African cardiac surgeon Chris Barnard, said that she has always dreamt of being a student here. 'I want to study at the best university and that is UP,' she said. Another learner, Albertus Hercules said: 'The quality of higher education offered at UP is very good. I have heard really great things about UP.' Hercules wants to follow in the footsteps of his family members, most of whom are in the field of medicine.

Courtney Yip said, 'I was intrigued and knew then that I wanted to come here.' She believes that UP can help her make the world a better place by training her for a career in the field of health sciences.

Professor Tiaan de Jager, Dean of the Faculty of Health Sciences, shared a quote by American film director Jerry Zucker: 'It's great to plan for your future. Just don't live there, because really nothing ever happens in the future. Whatever happens, happens now, so live your life where the action is – now.' 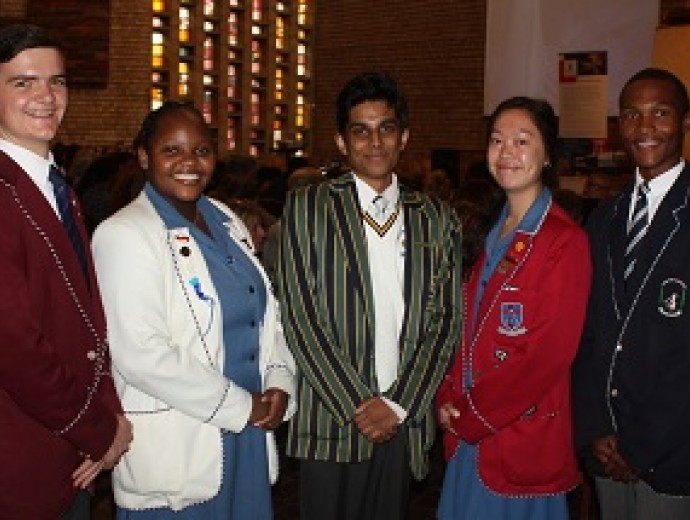