Mobile technology has taken the world by storm. These days, it seems there is an app for almost anything you can think of – from apps that remind you to drink enough water throughout the day, to more complicated ones that can calculate how many calories you burn while exercising, or help you to decide which course to study. Mobile apps are also playing an ever-increasing role in healthcare and, when designed and integrated correctly, can yield many benefits.

The concept of eHealth (electronic health) or mHealth (mobile health) revolves around the use of information and communication technologies (ICT) for tasks such as treating patients, conducting research, educating the health workforce, tracking diseases and monitoring public health. According to Prof Jannie Hugo, Head of the Department of Family Medicine at the University of Pretoria (UP), the use of eHealth could be of particular benefit in the provision of primary healthcare services to rural communities in South Africa, because of the extent to which the implementation of mobile technology has been embraced in recent years. 'With the re-engineering of primary healthcare in the run-up to the implementation of National Health Insurance (NHI), we were given the opportunity to consider how we could develop primary healthcare. Community-orientated primary care is especially important in addressing healthy homes and the space between the clinic and the home. Obviously, the development of technology, especially mobile technology, has opened up a whole new space there,' he says. 'Mobile technology makes things easier than before, because even if connectivity is a problem, it is always improving and there is the possibility that mHealth can function even if connectivity is limited or periodic. Mobile technology makes it possible to take healthcare into people's homes.'

Prof Hugo and his team at UP have been involved with the development of eHealth systems for a number of years and have developed a system called AitaHealth that is aimed at empowering community health workers to deliver preventative care services to communities at a home-base level by supporting both administrative and clinical decision-making in real time. Prof Hugo says that this group is particularly important because even though they are not trained clinicians or professionals, they understand the people in their community and have an ongoing, long-term relationship with them.

'We developed the first version of AitaHealth in 2011, at which time we had about 54 community health workers involved in the project. The first version of AITA Health was based on individual assessments related to the most important burden of diseases, epidemics and maternal and child health. That project came to an end around 2013 when we were approached by the City of Tshwane to roll out a community-orientated primary care project, which gave us the opportunity to develop a second version of the software using what we learned from the first version. We developed this version in phases and modules by first looking at household assessment and triage and then at disease or illness modules,' says Prof Hugo.

During the development process the team were confronted with a large amount of data that needed to be analysed. To assist with this, they partnered with a group of actuary scientists at Wellnicity (a business intelligence healthcare organisation), who were able to analyse the data in a faster and more sophisticated manner. This was significant, because during the development phase they needed to assess which data and which reports made sense before building it as a standard report in AitaHealth.

As the process continued, a further need for a clinic-based data system that all the data could feed into became apparent, and because the development of such a system could not be incorporated into the development of AitaHealth, a partnership was established with Synaxon, the developers of a practice-based data system. Following the establishment of that partnership, the team registered the name AitaHealth, which belongs to the University of Pretoria and is delivered in partnership with Mezzanineware. The system is still up and running and there is an ongoing process of review of the data and development of modules by clinicians. There are also a number of community health workers and team leaders constantly testing the system.

Prof Hugo says that AitaHealth has given them the ability to detect problems early on, especially for people who do not have access to traditional healthcare services. It has become clear, he says, that those who really need healthcare are the least likely to have access to it or to actually go to the clinic, especially if they have previously had negative experiences at a healthcare facility. He explains that having a community health worker visit such a person's home is therefore a massive step, made even more impactful by having an mHealth system that is able to identify the patient and make that data available so that their follow-up and outcomes can be tracked.

The team recently partnered with the City of Tshwane to help combat a persistent addiction problem in the city, and have initiated a project where community health workers visit households to identify the issues around addiction so that early interventions can be implemented. The team is also working with the Renal Unit at Steve Biko Academic Hospital, to link people on peritoneal dialysis with a community health worker at home. 'These are all examples of how we are working towards our goal of linking the entire health system to what happens inside people's homes,' says Prof Hugo. 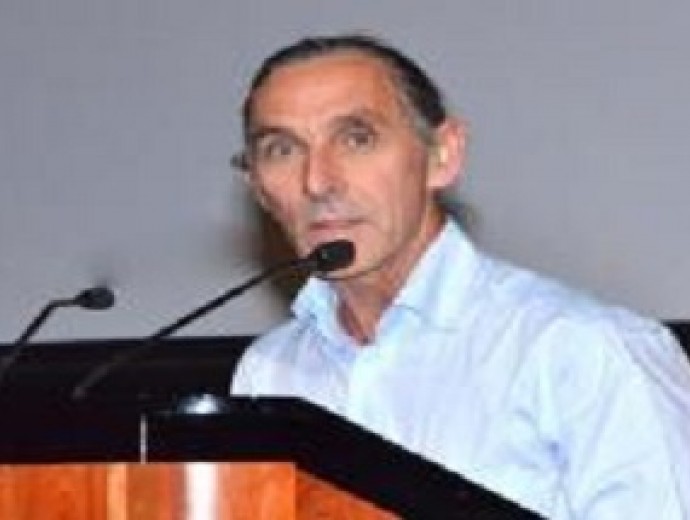