Survival rates for breast cancer differ worldwide. The five-year survival rate for women diagnosed with stage I/II breast cancer (defined as small tumours and local metastasis to nodes under the arm) is 80% to 90%. With regard to breast cancer stages III/IV, where there are larger tumours present or metastasis has occurred beyond the breast and to distant organs, a 24% survival rate has been reported. But, according to the World Health Organisation, 30% to 50% of all cancer cases are preventable, and survival rates are improving. Improvement in survival rates can be attributed to factors including advances in access to medical care, early detection and diagnosis at a localised stage, improved surgical procedures, personalised adjuvant treatment regimens and precision medicine.

Only a fraction of cancers is attributed to an inherited condition. If cancer is common in a family, the possibility exists that mutations are being passed from one generation to the next. Genetic predisposition to cancer doesn’t necessarily indicate that a person with such a mutation will be diagnosed with cancer; only 5% to 10% of all cancers can be attributed to genetic inheritance. Gene mutations may occur for several other reasons, namely gene mutations inherited from parents or gene mutations that occur after birth.

Genetic tests (for example next-generation sequencing) are available to assess for these harmful cancer markers. Deoxyribonucleic acid (DNA), usually from blood, is used to conduct these assays. About 55% to 65% of women with certain BRCA1 mutations and 45% of women with BRCA2 mutations may develop breast cancer before the age of 70. In addition, research has shown that women with a BRCA1 or BRCA2 mutation may experience recurrence of cancer after treatment. BRCA1 mutations usually lead to aggressive triple-negative breast cancer that is difficult to treat.

With early detection, a huge number of breast cancer cases can be treated, including patients with a BRCA1 or BRCA2 mutation. Doctors can assist in recommending gene assessments for harmful gene mutations, keeping in mind a family’s cancer history.

Subsequent to her mother’s breast cancer illness and death of ovarian cancer at 56, actor Angelina Jolie announced in 2013 that she had undergone a double mastectomy. Jolie, who was then 37 years old, reported that she has a genetic mutation of BRCA1, which prompted her decision. She stated after her surgery: “My chances of developing breast cancer have dropped from 87% to less than 5% [after my double mastectomy].”

It is important to keep in mind that researchers have identified mutations in multiple genes (other than the BRCA1 and BRCA2) that also contribute to the risk of breast cancer (less than 10% of women who have been diagnosed with breast cancer have the BRCA mutation). Another example is partner and localiser of BRCA2 (PALB2), where moderate penetrance mutations have been associated with breast cancer.

Preventative surgery may decrease the risk of breast cancer, but does not provide a 100% certainty that the person will not develop cancer. Frequent surveillance and screenings should be considered. Medication as preventative therapy may also be considered to assist high-risk women to decrease their risk of being diagnosed with cancer.

Many gene mutations may occur during a person’s life and are therefore not inherited. The latter may be triggered by fundamental risk factors including acute or chronic stress, alcohol consumption, tobacco products, diet, lack of physical activity, pollutants, ultraviolet radiation, reproductive and hormonal factors, occupational exposures and infection-attributable cancers.

Precision or personalised medicine aims to deliver precise treatment to patients based on mutations present in their tumours. Precision medicine contributes to the development of therapies that will target the cancer cells or cellular pathways affected with minimal trauma and side effects, thereby influencing the treatment selected by physicians to improve quality of life.

The elimination of cancer requires a combination of cancer awareness to address the burden of this disease — prevention strategies, contributing to early detection and promoting health and well-being education and the acceleration of science and discovery and progress in technology.

October is Breast Cancer Awareness Month in South Africa, which highlights an important drive by private and public healthcare organisations to increase breast cancer awareness nationally. Although there is no one-size-fits-all treatment for cancer patients, there are millions of cancer survivors worldwide, emphasising that there is hope, and that what will happen next might just change the world.

Professor Annie Joubert is Head of the University of Pretoria’s Department of Physiology in the Faculty of Health Sciences.

This article first appeared in the Mail & Guardian on 30 October 2019. 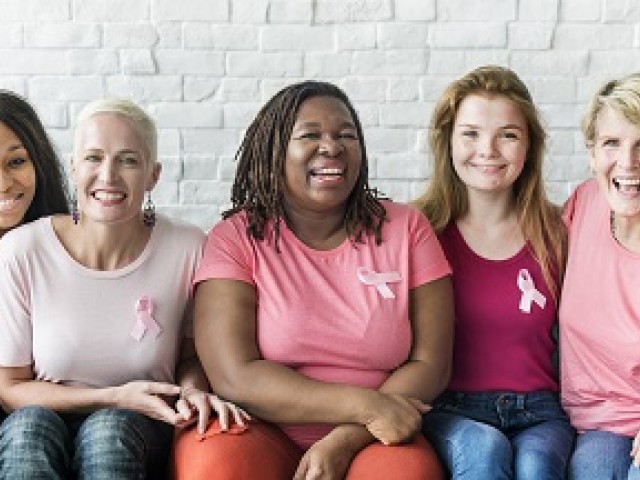