The Department of Mercantile Law presented an Insolvency and Business Rescue Colloquium in honour of Professor Andre Boraine's contributions to the field of insolvency law. On 31 December 2022, Professor Boraine will retire from his post as a Professor in the Department of Mercantile Law. He has served the Faculty of Law and the University of Pretoria in a variety of positions and capacities over the course of approximately 37 years, including Senior Lecturer, Associate Professor, Professor, Head of the Department of Procedural Law, Deputy Dean, and Dean of the Faculty of Law.

Numerous participants characterized the colloquium as a tremendous success.  In attendance at the colloquium were his family, many of Professor Boraine’s former doctoral students, many of who are now highly regarded experts in insolvency law in South Africa, international scholars and collaborators, insolvency law and business rescue practitioners,  colleagues of Professor Boraine in the Law Faculty and the University of Pretoria at large, and academics and friends from other universities and institutions in South Africa who have worked with or known Professor Boraine over the years in his career.

In his address, Prof Boraine acknowledged the support he received from the University of Pretoria, the Faculty of Law, current and former colleagues, students, subject collaborators, friends and his family over many years in building his career.  He also expressed his sincere appreciation to the Department of Mercantile Law for arranging the colloquium that he described as a most apt way to mark the end of his full-time academic career. 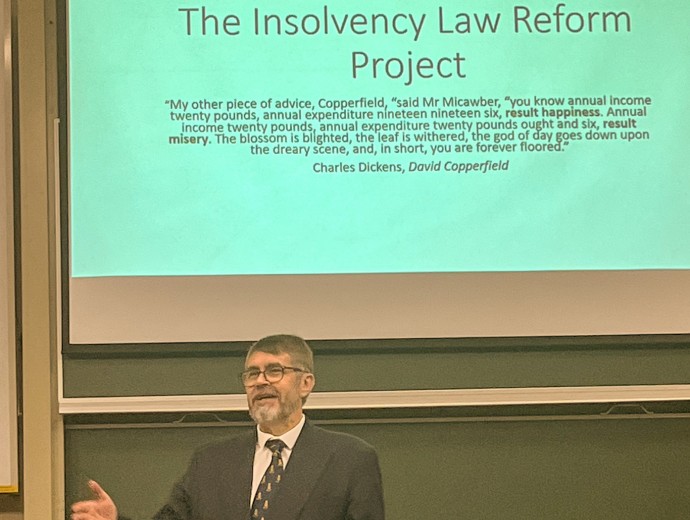