The Centre for Human Rights, Faculty of Law, University of Pretoria, welcomes and commends the signing of the South African Political Party Funding Act by President Cyril Ramaphosa. The Act will come into operation on 1 April 2021. The adoption of this law follows the ruling of the Constitutional Court on private political party funding in the case of My Vote Counts NPC v Minister of Justice and Correctional Services and Another, in which the Court reiterated that funding disclosure is part of the right to make informed political and electoral decisions.

The objective of the Political Party Funding Act is to regulate political party funding from private and public entities through proactive disclosure of information regarding funding. Proactive disclosure is crucial to the realisation of the right of access to information, which is necessary for the development of democratic culture. This is central to facilitating the meaningful exercise of the right to vote and enhancing electoral transparency, which is still a challenge in most African countries, including South Africa.

The enactment of this legislation is also in line with the Guidelines on Access to Information and Elections in Africa (Guidelines) that the African Commission on Human and Peoples’ Rights (African Commission) adopted in 2017. The Commission, which consists of independent experts elected by African states, is the human rights watchdog of the African Union (AU). One of the Commission’s functions is to give guidance to states about the implementation of human rights.

The Guidelines direct African states to maintain transparency during elections. It for example calls on states to refrain from shutting down the internet during the electoral process. It also urges states to proactively disclose credible election-related information including details of the funding of political parties. Under section 21 of the Guidelines, states are called upon to adopt a legal framework that provides for the following:

“Proactive disclosure by political parties of the receipt of campaign funding from both public and private sources; campaign expenditure is broken down into distinct line items and specifying the sources of funding and actual amounts, and annual audited financial reports.”

This is exactly what South Africa is now doing.

In 2020, the Centre published its study on South Africa’s compliance with these Guidelines during South Africa’s 2019 general elections.  In the study, Mr Lawrence Murugu Mute, the former Special Rapporteur on Freedom of Expression and Access to Information in Africa and former Vice Chairperson of the African Commission, commended South Africa for initiating the processes on disclosure of funding information by political parties. The study recommends public disclosure of the use of public and private funding by political parties for both campaigning and other purposes as required under section 21 of the Guidelines.

The Centre hopes that with the adoption of the Political Party Funding Act, its implementation will align with the recommendations outlined in the 2020 study, and information regarding political party funding will be reasonably available to the public. The Centre also acknowledges and supports the ongoing process of reviewing PAIA to include proactive disclosure of information.

The Centre for Human Rights commends President Ramaphosa for the exemplary gesture in promoting electoral transparency. This step carries even more weight at a time when he is the Chairperson of the AU.

Finally, the Centre calls upon other African states to implement the Guidelines on Access to Information and Elections in Africa by adopting similar legislation aimed at contributing to electoral transparency and accountability. 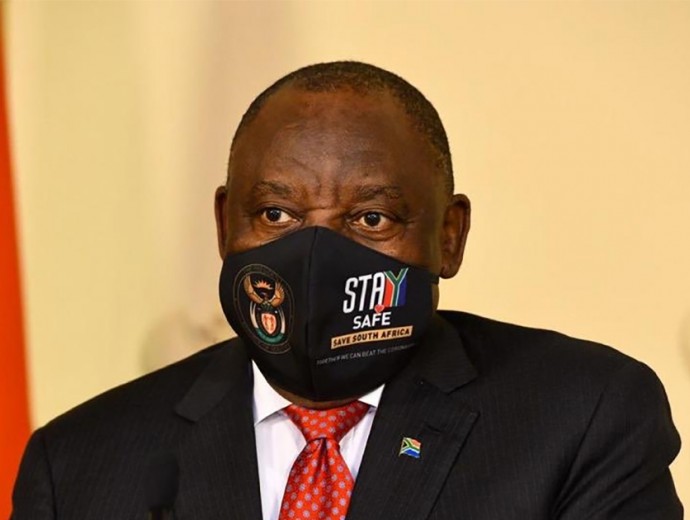