'A true epitome of a good and inspiring lecturer' and 'he always brings excitement to the class and shows a lot of determination and passion for his subject.' These were just some of the comments of the students who voted Mr Nick de Beer, a lecturer in Chemistry as the Best First-year Lecturer in the Faculty of Natural and Agricultural Sciences (NAS) on 1 December 2017. 'He challenges students intellectually during his classes and gives a lot of examples to independently do and he goes through them in the next class,' was another student's observation on Mr De Beer's abilities as a first-year lecturer.

This Award was initiated by the Faculty's student house, NATHouse, to recognise the extra effort that the first-year lecturers put into their teaching and learning activities. According to Dr Quenton Kritzinger, guardian of NATHouse, 'their efforts are really appreciated by the students and this Award serves as an encouragement for the lecturers.'

A word of thanks was also extended to the Executive Committee members of NATHouse for their efforts with the arrangements (among others marketing, acquiring the nominations, the voting process) related to the Award.

Congratulations to Lynne Pilcher, who has been awarded the 2017 SACI Chemical Education Medal! This medal is awarded to a person who has made an outstanding contribution to chemical education. Is it possible to pay a mere R600 instead of R30 000 for a spectrophotometer? This is indeed now possible thanks to the ingenuity of Dr Patricia Forbes from the Department of Chemistry who developed an educational spectrophotometer that can be built by students themselves from a kit for a fraction of the cost of an entry-level commercial instrument.

Dr Forbes was recently announced as the recipient of the prestigious 2014 Chemical Education Award granted by the South African Chemical Institute (SACI), based on her development of this spectrophotometer (called SpecUP) in conjunction with a third-year chemistry student, Johan Nöthling, in 2012. A spectrophotometer is used to measure how much light of a particular wavelength a chemical substance absorbs. This information can be used to identify the chemical substance present or to determine its concentration.

Dr Forbes explains that “owing to the hands-on nature of the SpecUP, which has moving parts, it allows … students to understand what is inside the ‘black box’ of commercial instruments and to discover what happens when they adjust components, which enables enquiry-based learning”. The low cost of the SpecUP allows for institutions to have more spectroscopy equipment available, which is of importance in a developing country where student numbers are typically high and resources are scarce.

The project was funded by the African Laser Centre, and the distribution of the SpecUP to other universities throughout Africa commenced in 2013 via a workshop held at the University of Pretoria, which was attended by academics from five African countries.

The SpecUP has been widely lauded as an enquiry-based educational tool and its development and implementation have gone from strength to strength. The impact of this instrument as an educational tool is evident from its use in universities in South Africa (including UP, where the SpecUP was introduced in the practical course of Analytical Chemistry III in 2013), Lesotho, Namibia, Kenya and Tunisia. The Head of the Department of Chemistry, Prof Egmont Rohwer, said “the SpecUP is a wonderful tool to improve our chemistry practical training, ideal for furthering fundamental insight into instrumental analytical techniques”. Dr Forbes added that “spectroscopy is an integral part of many undergraduate courses, in fields ranging from chemistry to pharmacy and food science. It is amazing how the SpecUP has had such an impact – there is certainly a need for educational instruments in Africa, although a teacher in Italy is even using the SpecUP in her classes!”

An article on the SpecUP was published in 2014 in the South African Journal of Science [1], and Dr Forbes was invited to give an oral presentation and video demonstration of the instrument at the Education and Teaching in Optics and Photonics (ETOP) conference in Portugal in 2013. She was invited to present a second SpecUP workshop in Tunisia in March 2014, which was attended by diverse academics, as well as postgraduate and undergraduate students.

Dr Forbes has been invited to return to Tunisia in March 2015 as one of the presenters in the “Lighting up Africa with Lasers, Optics, and Fibres” workshop to be held in celebration of the International Year of Light (see http://www.light2015.org/Home/Event-Programme/2015/Workshop/Lighting-up-Africa-with-LasersOpticsand-Fibres.html). She has also been selected as one of the scientists to be featured in the Women in Optics planner published by SPIE, the international society for optics and photonics technology.

University of Pretoria Teaching Excellence and Innovation Laureate Award for 2014

The third year organic chemistry undergraduate practical course had been purely recipe based until 2012.  For the class of 2013, the lecturers created an entirely new practical course, based on the inquiry approach.  Two sessions were allocated to equipping the individuals to work independently with a focus on developing cognitive skills necessary for laboratory planning.  The remaining four sessions were for the “inquiry based industrial project” in which students had to work in teams.

The inquiry-based industrial project was set in a simulated industrial context appropriate to expectations of new graduates: teams of chemists were asked to experimentally assess three potential multi-step routes to prepare the product in terms of three key factors, cost, technical difficulty and environmental impact.  Co-operative learning was structured using a jigsaw approach.  Specialist teams had to develop a strategy for their synthetic route.  This portion of the experiment represented guided-inquiry.  The project was planned such that no one single route was the best in terms of all the stipulated criteria, thus the best route recommendation was open-ended with results depending on experimentation and prioritization of the criteria.  The project not only equipped students with technical skills, but focused on areas such as development of metacognition and the establishment of a professional identity.

Contextualized inquiry-based laboratory teaching afforded an improved quality of learning, made a difficult subject accessible and even popular and to some measure grew the students’ ability in all desired UP graduate attributes.

Comments of the evaluators and moderator:

The lecturers formed a very strong team, bringing different skills and competencies to the project and they utilized an enquiry based approach, which is aligned with the UP vision and the UP 2025 strategy.

The introduction of an inquiry based industrial project simulated the industry environment. Students had to establish a hypothetical company and follow a multi-step approach by using cooperative learning groups. The lecturers introduced a metacognitive approach which forced students to think about their thinking. Reflective learning strategic questionnaires were used and critical cross-filed outcomes were incorporated in the projects. Students were assessed when they had to make a presentation at a mock board meeting. It became clear that there was a change in the students’ attitude and the number of honours students increased.

The innovative approach impacted on the Department, the Faculty and the discipline and it also influenced other disciplines. The lecturers made a presentation about the new practical course at a conference, and colleagues from other institutions showed interest.  The most impressive impact of the project was the establishment of a professional identity among the students.

Prof Ignacy Cukrowski received the Electrochemistry Excellence Award: Teaching and Research by the International Society of Electrochemistry on 9 April 2013 in recognition of his exceptional contribution to the advancement of environmental electrochemistry and electrocatalysis in South Africa.  Well done on this achievement Prof Cukrowski! 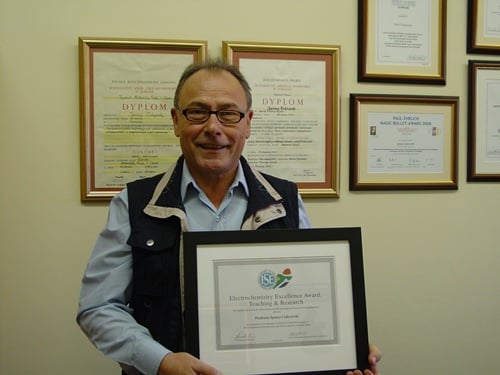 Prof Casper Schutte, previously of the Chemistry department of UP, was awarded the Gold Medal of the South African Chemical Institute for 2011. The award, a gold-plated medal bearing the Institute’s name and crest on the obverse and name of the medal and the recipient and date on the reverse, is made to a person whose scientific contribution in the field of chemistry or chemical technology is adjudged to be of outstanding merit.

The National Excellence in Teaching and Learning Awards Selection Committee have selected Prof Marietjie Potgieter of the Chemistry Department of the University of Pretoria as a recipient of a commendation award for 2011. A total of 27 applications were received, from which five Excellence awards and nine Commendation awards were made. The quality of the candidates was extremely high, thus her selection is a significant achievement and is based on evidence of Prof Potgieter's teaching excellence.

Of her teaching philosophy, Prof Potgieter describes the following: "The metaphor for authentic teaching and learning that I hold dearly is that of a campfire with a circle of friends sitting shoulder to shoulder around it. For me teaching should neither be teacher-centred nor student-centred, but discipline-centred (Parker Palmer, The courage to teach). The discipline itself is the centre-piece, the focus of attention, the source of energy. The purpose of the gathering is to engage with the discipline itself. This happens both individually and collectively within this nurturing community. While gazing into the fire the hearts and minds are open. The teacher is a mentor and a coach. He shares his passion and insights knowing that his position is not one of superiority, but of stewardship.  In my view authentic teaching and learning are built on the values of respect and humility. As a teacher I respect each student for the gifts and weaknesses that s/he has been endowed with and the troublesome journey that s/he has to travel. I respect the discipline for its power and demands and I engage with it in humility. And I acknowledge that I am a steward of the discipline and of the best interests of the students." 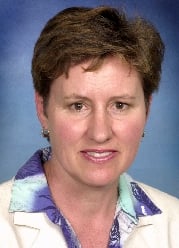