The University of Pretoria’s Dr Flavia Senkubuge has been elected President of the Colleges of Medicine of South Africa (CMSA). Dr Senkubuge, who is the acting chair of UP’s School of Health Systems and Public Health, is the youngest president of the CMSA and the first specialist in public health medicine to hold the position. She is also the first black woman and only the third woman in the CMSA’s 64-year history to be appointed President.

The CMSA is the custodian of quality medical care in South Africa and is unique in the world because it embraces 28 constituent colleges representing all the disciplines of medicine and dentistry, including the Colleges of Dermatology, Forensic Pathologists and Neurologists. It is structured to contain all specialities within a single framework and so has the potential to foster aspects of medical education and medical professionalism, which are common to all disciplines.

Dr Senkubuge’s vision for the CMSA is to “educate, innovate and impact”, and she is calling for a “dynamic CMSA that leverages and harnesses the collective excellence of its members and stakeholders”. She says she plans to lead an organisation that is responsive and creates value for its profession, health system and society. The CMSA Agenda 2022 is rooted in its foundation of excellence, located in CMSA’s ethos, and aims to build in a way that impacts on society.

The appointment of Dr Senkubuge, who was junior Vice-President of the CMSA, means that UP has had three CMSA presidents consecutively, the previous two presidents being Prof Gerhard Lindeque and Prof Mike Sathekge. “This is historic and showcases the university’s expertise in health sciences,” said UP’s Dean of Health Sciences, Prof Tiaan de Jager. “We congratulate Dr Senkubuge on her historic achievement that will no doubt inspire many.”

Dr Senkubuge has a medical degree from UP, a specialist medical degree in community medicine, holds a Fellowship of the College of Public Health Medicine of South Africa (obtained in 2009), and is completing her PhD in 2018. The work of this global public health advocate is rooted in the philosophy of ubuntu (“I am because we are”). She collaborates in Africa and globally in areas that include global health diplomacy, tobacco control, health policy and management, leadership, universal health coverage, the UN’s Sustainable Development Goals, and the social determinants of health.

She has been instrumental in many firsts in the region and the world, particularly in her field and area of public health. She achieved acclaim by being the first black woman president of the 17th World Conference on Tobacco or Health, one of the largest policy conferences, which was held for the first time in its 75-year history in Africa, in March 2018 in Cape Town. She was instrumental in putting together the winning bid.

Dr Senkubuge also holds several significant positions. She is secretary of the College of Public Health Medicine and Vice-President of the African Federation of Public Health Associations (AFPHA), which advocates and promotes public health in Africa, and collaborates globally to achieve its mandate of health for all Africans. As secretary of the WHO/Afro region African Advisory Council on Research and Development (AACHRD), she advises the WHO/Afro regional director on matters concerning health research and development in Africa. And she is the executive director of Public Health Africa, an Africa-led, globally supported non-profit organisation.

Furthermore, she is the board chair of the Health Systems Trust, a pioneering non-profit organisation that has been at the forefront of the South African health system for more than 20 years. Its work has expanded on the African continent with key global partners. Dr Senkubuge is also the board chair of the BETA project, a national project with the aim of building effective tobacco control advocates in Africa to respond to the Sustainable Developmental Goals Agenda with a special focus on tobacco control. And as a member of the National Department of Health (NDOH) Tobacco Task team, she is tasked with advising the department on tobacco control policy.

In 2015 the prestigious InterAcademy Medical Panel (IAMP) elected Dr Senkubuge as a Young Physician Leader, and she was selected again the following year for the panel’s international reunion in Geneva. She was also a 2018 finalist for the Women of Stature award in the category Woman in Healthcare.

At heart, Dr Senkubuge is a philanthropist and is passionate about mentoring young people. She believes her goals can be achieved by “working together as one world”. 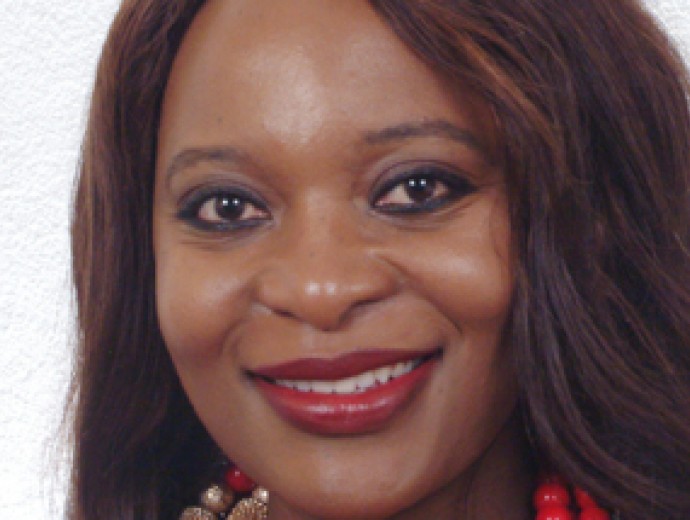