Nursing: A caring profession that has stood the test of time

International Nurses Day is celebrated annually on 12 May, the anniversary of the birth of Florence Nightingale, one of the pioneers of the nursing profession. The theme for this year was 'Nurses: A voice to lead – achieving the Sustainable Development Goals', and it aims at recognising the efforts made by nurses all over the world towards achieving these goals.

The history of the nursing profession can be traced back hundreds of years. Historians in fact place its inception at the height of the Roman Empire, around 300 CE, when the Empire sought to place a hospital in every town under its rule. Nurses assisted in in-patient medical care alongside doctors in these newly created hospitals. The profession continued in various incarnations throughout the ages, and in the early to late 1900s it became more important than ever, as nurses were needed on the front lines of the many wars being waged, from the Crimean War to the two World Wars. It was also during this time that Florence Nightingale began her illustrious career as a nurse caring for injured soldiers on the battlefield. Since those days, nursing as a profession has progressed tremendously, allowing for unprecedented diversity within the field.

South Africa has only 36 nurses per 10 000 population, and a high percentage of these nurses work in the private sector. Encouragingly, there has been some movement of nurses back into the public sector since the adoption of the Occupation Specific Dispensation for nurses, which provided much needed structure to the regulation of the profession in South Africa. Acute shortages of nurses, especially in rural areas persist, however, and the current nursing population is also ageing. The need to increase the number of nurses is crucial for our country's healthcare needs, which means that nursing currently offers great career opportunities for prospective students interested in the field.

The Department of Nursing Science at the University of Pretoria offered the first degree programme in Nursing in South Africa and has played a leading role in nursing education in South Africa since its inception in 1956. The Department strives for excellence in its teaching and research programmes, and focuses on promoting the intellectual, cultural and personal development of all its students.

As the single largest group of healthcare professionals, with a presence in all settings, nurses can have an enormous impact on the resilience of health systems. Every decision that is made in practice can make a significant difference in the efficiency and effectiveness of the entire system. It can be in clinical practice, or through community support and development programmes, national health initiatives, and policy or international commitments and agreements to improve access to, and quality of healthcare. At every level, nurses have a significant role to play.

The Department of Nursing Sciences at the University of Pretoria would like to acknowledge all nurses who give their best every day to save lives and care for their patients. 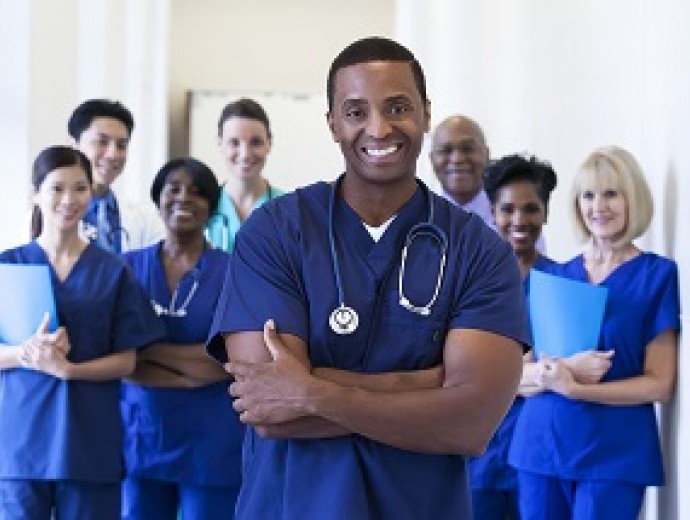