The recent deaths of two women in Doornpoort in the north of Pretoria due to malaria is causing panic among people living in Tshwane (No malaria threat in Pretoria, Jacaranda FM, 6 March 2017; Two Pretoria residents allegedly die from malaria, Pretoria North Rekord, 6 March 2017; Pretoria families mourn malaria victims' death, The Citizen, 7 March 2017). There is a lot of speculation, especially on social media, as to where the problem originated. Neither of the women had been to a malaria-endemic area. A woman from North West also died due to malaria and her husband was infected. Both were nowhere near an endemic area (Tasmalaria eis vrou, man siek; Beeld, 8 March 2017). Both the National Department of Health (NDoH) and the National Institute of Communicable Diseases (NICD) are investigating the reported malaria cases to determine their origin. The University of Pretoria Institute for Sustainable Malaria Control (UP ISMC) is currently conducting research on malaria vectors (mosquitoes), malaria parasites and human health. Using a trans-disciplinary approach, they are working towards malaria control and eventual elimination, focusing on new innovations for prevention.

Malaria, a complex parasitic disease confined mostly to tropical areas and transmitted by female Anopheles mosquitoes, is unlike other infectious diseases in that it is not caused by a single biological entity. Rather, it is the result of a complex interplay between three biological systems, each with its own complex lifecycle, environment, habits and pathogenesis profiles.

Gauteng is not one of South Africa's malaria-endemic areas; in other words, the disease does not naturally occur there. It is endemic to low-lying areas of Limpopo, Mpumalanga and north-eastern KwaZulu-Natal. However, Gauteng does have a high number of malaria cases annually, some of which result in death. In 2014 there were a total of 1 929 malaria cases reported in Gauteng and a total of 28 mortalities due to the disease. These numbers were the third highest among all the provinces in South Africa, higher than those reported in KwaZulu-Natal.

Each year, news reports of malaria cases and deaths in Gauteng result in panic. These cases are always investigated, as they are in the endemic areas. In many cases the origin is identified as traveling malaria. That is when an infected Anopheles mosquito is transported from a malaria-endemic area to a non-endemic area in a traveller's suitcase or in a vehicle. This is one of the reasons the inside of an aeroplane's cabin is sprayed before it departs from an endemic area.

In other cases, people are infected when they visit a malaria-endemic area and only start showing symptoms after they return home. Cases and deaths are even reported in the Cape. These cases are distinct from traveling malaria, where the mosquito itself has travelled.

World Malaria Day is commemorated annually on 25 April, and as it draws near, malaria always becomes a major focus. To millions of people however, the disease is an everyday problem. There were an estimated 214 million clinical cases of malaria and 438 000 deaths in 2015, with most cases and deaths noted in the World Health Organization (WHO) Africa region. Certain countries have seasonal malaria, for example South Africa (from September to May), while others such as Mozambique and Zimbabwe have malaria throughout the year. The amount of rainfall affects the number of cases, with higher rainfall usually being associated with an increase in case numbers.

The NDoH, through its Malaria Control Programme, has done a remarkable job ensuring that cases in South Africa have decreased drastically, and its aim is to eliminate malaria by 2018. However, they face major challenges. Malaria incidence in South Africa is strongly affected by the number of imported cases from neighbouring countries. Of all the malaria cases (6 847 cases) reported in South Africa from January to December 2012, 69% were imported from Zimbabwe and Mozambique.

Another challenge is the potential increase in malaria risk due to climate change. The distribution of malaria in 1938 included epidemic malaria occurring as far south as Pretoria and beyond Durban. With climate change, it is possible that the climate in South Africa may become more suitable for malaria (Climate change clouds SA's plans to eradicate malaria, Mail & Guardian, 10 April 2014), favouring transmission and reintroducing the disease to malaria-free areas. In this scenario, Pretoria might become a malaria-endemic region again. This is surely worth looking into.

According to Prof Tiaan de Jager, Director of the UP ISMC, the Institute is not only looking at cross-border movement, but is also doing work on climate, climate change and environmental factors affecting malaria. They are currently engaged in a collaborative project with the SA Weather Service and the French National Space agency (CNES), which will focus on all these factors using remote sensing for malaria control.

Malaria awareness is very important and key messages must be communicated widely. Awareness of the disease and the risks associated with it – especially, but not exclusively in high-risk areas – is the first step towards prevention.

Malaria presents itself as bouts of fever accompanied by cold or flu-like symptoms, alternating with periods of absence. Intermittent symptoms include headache, malaise, fatigue, nausea, muscular pains, chills and diarrhoea. People who live in or have recently visited endemic areas should consult a physician or healthcare practitioner immediately if these symptoms appear, especially during the malaria months. Symptoms of complicated or severe malaria include delirium, generalised convulsions, impaired consciousness and respiratory distress.

Prevention is better than cure; therefore, researchers at the UP ISMC do a lot of work on malaria prevention and education. People who live in or travel to a malaria area should consider the following to avoid being bitten (also useful for non-malaria mosquitoes):

The UP ISMC also does research on how to raise awareness of the disease through community-focused health promotion and education projects. Malaria awareness projects that have been developed include the children's book Sibo Fights Malaria, a song for young children about malaria and how to avoid getting sick, and the use of Drama to inform children about the disease. All these projects have focused on the rural Vhembe district in Limpopo, an area with one of the highest malaria incidences in the country.

The UP ISMC, in collaboration with Travel with Flair, released an app called Malaria Buddy in 2016. The first phase of the app was very basic, containing information on the disease, how to prevent getting sick and what to do if you suspect you have malaria. However, the Institute is currently working on a second phase which will use geographic information system technology to inform users of malaria hotspots and guide them to the nearest available treatment options using the phone's location. The app is available to download on the iTunes store for iOS devices and on Google Play for Android devices. More information on malaria is available on the Frequently Asked Questions page (FAQs) of the UP ISMC website (www.malaria.up.ac.za). 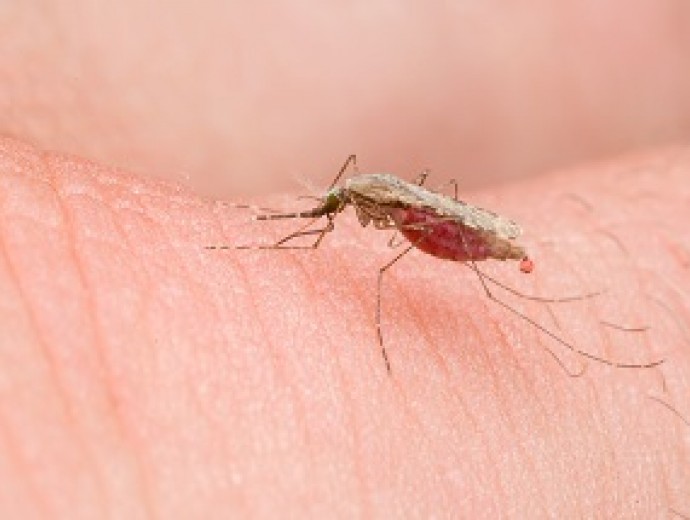