The World Health Organisation (WHO) recently launched BreatheLife, a campaign to make people more aware about the fact that air pollution – which it calls the invisible killer – is a major health and climate risk.

'Invisible' may refer to the lack of awareness that air pollution is a major health risk. In fact, air pollution levels exceeding the WHO air quality guidelines are often very visible, particularly in developing countries. This is especially true for billions of people living in close contact with air pollution sources. Those who, for example, cook on inefficient stoves with fuels such as coal. Or live in an industrial area.

The WHO has air quality programmes for most of the world's regions. These review the effects of air pollution on health and help countries develop sustainable air quality policies. But none exists for sub-Saharan Africa. It is not clear why. A possible explanation may be that environmental health risk factors are overshadowed by other risks like malnutrition, HIV, tuberculosis and malaria.

Air pollution is a complex mixture of many components.

The most dangerous are PM2.5 and ultrafine particles (UFP); the latter are smaller than 100 nanometer in aerodynamic diameter. PM2.5 and UFP penetrate deeper into the lung alveoli and may pass into the bloodstream. PM10 and PM2.5 are important indicators of long-term air quality and of health risks.

Based on data of ground measurements conducted in 2008-2015, Africa's PM10 levels are not the highest in the world.

The database is the largest of its kind and covers over 3 000 human settlements – mostly cities – in 103 countries. The number one spot belongs to the Eastern Mediterranean region, followed by the South-East Asia region and then Africa. But the WHO acknowledges numerous limitations to the data sources. Fewer sites globally measure PM2.5, hence the focus is on PM10.

Where is the air worse in Africa?

It is hard to say what the real picture is. The modelled PM2.5 data supplements the data from ground monitoring networks, especially in regions with no or very little monitoring, as is the case in Africa.

The PM10 data, based on ground measurements conducted between 2008 and 2015, show that all African countries with PM10 data exceeded the WHO annual guideline of 20 microgram/cubic meter (µg/m³).

Onitsha in Nigeria had the highest yearly PM10 level of 594 µg/m³ globally, nearly 30 times higher than the WHO annual guideline. But the quality of the data is questionable. The level for Onitsha is based on PM10 data collected only in 2009 and only at one site. The database also does not mention on how many days the 2009 yearly level is based as missing data can lead to a distorted yearly level. The lowest yearly PM10 level was recorded at Midlands in Mauritius (20 µg/m³). But this is based only on 2011 data collected again at only one site without mention of how many days in 2011 were measured.

It is also difficult to know exactly what the contribution of different sources of air pollution are in Africa.

The amount of air pollution in any given location is affected by a combination of local, regional and distant sources. It is also affected by the dispersion of pollutants, which in turn depends on numerous weather conditions such as wind direction, temperature and precipitation.

A recent review indicated that very few studies in Africa conducted source apportionment of PM2.5 and PM10. The review concluded that (based on the few studies) 17%, 10%, 34%, 17% and 22% of PM2.5 levels in Africa are due to traffic, industry, domestic fuel burning, unspecified source of human origin and natural sources - such as dust and sea salt. For PM10 the corresponding source distribution is 34%, 6%, 21%, 14% and 25%, but should be viewed with caution due to the few studies.

Based on the limited number of PM10 and PM2.5 source apportionment studies in Africa, these tentative conclusions can be drawn. Traffic is a major source of PM10 levels in Africa as in many other global regions. The other two major sources of PM10 in Africa are domestic fuel burning and natural sources. In other regions of the world, industry and the ambiguous 'unspecified source of human origin' contribute more.

Domestic fuel burning is the major source of PM2.5 in Africa, followed by traffic and natural sources such as dust. In other regions of the world, traffic, industry and the ambiguous 'unspecified source of human origin' contribute more to PM2.5 levels.

Regardless of the exact global source contributions, the main sources of air pollution should be tackled globally in management plans and interventions.

Air pollution does not stop at country or continental borders. It is a major risk factor for climate change. A disregard for air pollution levels in Africa may have a major impact on global climate change in the years to come.

Prof Janine Wichmann is an Associate Professor at the School of Health Systems and Public Health at the University of Pretoria.

This article originally appeared on The Conversation. Read the original article. 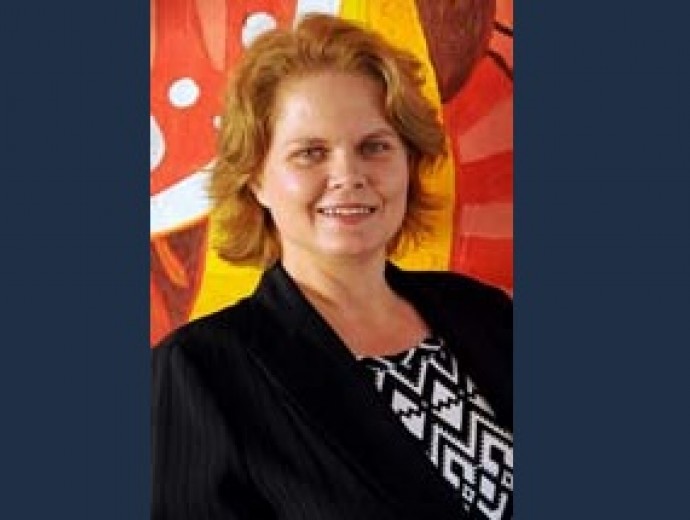