When men tackle mother and child health: lessons from Malawi

Talk of gender mainstreaming – the assessing of all policies, programmes, laws and interventions on the basis of their impact on both men and women at all levels – often attracts sceptical criticism.

One of the most significant challenges the concept has faced has been the absence of specific goals on gender equality in various areas of policy. But our recently completed study in Malawi shows that participatory governance – which emphasises citizen participation in governmental processes – could support the practical implementation of gender equality.

The participation of local community leaders, such as traditional authorities or opinion leaders, in policy development can facilitate the implementation of interventions to further gender equality. This is particularly the case where interventions aim to influence changes in men's and women's behaviour for gender equity.

Gender inequalities are exacerbated by the common misconception that the term 'gender' means women. There is indeed a need to address women's concerns to overcome socially ingrained barriers that prevent them from realising their human rights. But men have a particularly important partnership role to play in achieving gender equality.

The problem is that men are often depicted as perpetrators of inequality and women the victims. Typically, the shared interests of men and women are overlooked by policymakers and development practitioners. The result is that development agendas drive the two sexes further apart.

The importance of involving men

Although Malawi is one of the poorest countries in the world, it is one of the few to achieve the Millennium Development Goal 4 of reducing child mortality by two thirds between 1990 and 2015.

Among the initiatives that contributed to this achievement was the introduction of a safe motherhood project in 1998. The purpose was to improve service delivery to decrease infant and maternal mortality and morbidity. At the time maternal mortality was high: 1,120 per 100,000 live births.

Initially the programme focused on women. But it was soon recognised that men played a key role in decisions related to women's sexual and reproductive health, including access to health facilities and resources.

It has been shown globally that men's involvement in maternal and child health is a common feature for safe motherhood initiatives. Involving men in antenatal care increases women's uptake of antenatal care messages as well as their access to nutritious food.

Under the safe motherhood project women and men receive nutrition information and guidance at clinics. In addition, men receive advice on how to support their partners during pregnancy.

And inviting men to attend antenatal care clinics enabled testing of both partners for HIV.

But our study found that many of these barriers can be overcome by involving traditional authorities and community opinion leaders. The traditional leaders established bylaws to reinforce men's attendance of antenatal care visits. Community opinion leaders encouraged men to participate in antenatal care. As cultural leaders and the custodians of culture, they helped to enforce change.

For example, imposing fines on men who did not attend antenatal care visits with their partners encouraged them to change their behaviour. Goats or chickens were payable for the fine, taking away a product of nutritional value.

In some communities, clinics gave priority to women who attended antenatal care consultations with their partners by serving them first.

But bylaws in some communities infringed women's human rights. An example is a bylaw that states that a woman who attends antenatal care consultations without her husband won't be attended to.

The findings suggest that traditional leaders need support to establish appropriate bylaws and regulations that promote men's involvement in maternal and child health as well as gender equality.

This study suggests that gender mainstreaming isn't just a myth. It is actually possible. Including men as partners is important for achieving gender equality. There are also immense possibilities for mainstreaming gender using bottom-up approaches and making use of existing structures to support implementation.

This article was first published on The Conversation. Read the original article. 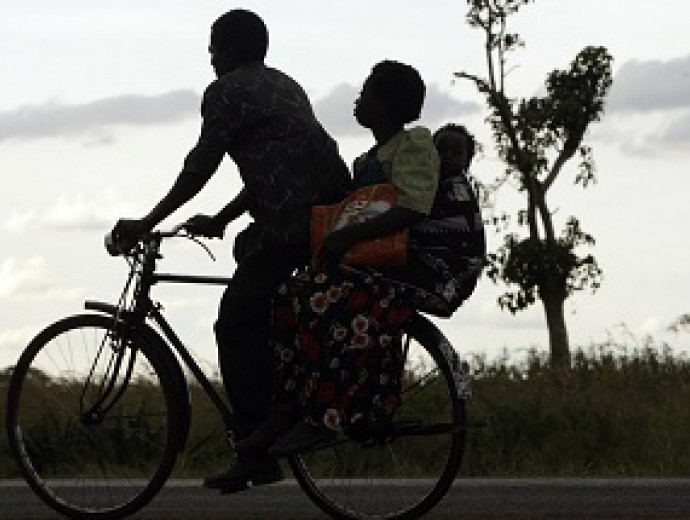