Mr Moses Kebalepile, a PhD student in the Faculty of Health Sciences and Research Officer in the Department for Education Innovation at the University of Pretoria (UP), has made it to the semi-final stage of the 2016 GIST Tech-I Competition for his invention of a medical diagnostic instrument called the Asthma Grid. The instrument is an early warning system that can predict imminent asthma attacks.

Mr Kebalepile holds a master’s degree in public health and has a strong background in basic medical sciences. His current research focus is on the interplay of environmental toxicology, epidemiology and respiratory health, using asthma as a proxy. When his younger brother was diagnosed with asthma, he decided to use his knowledge and research expertise to do something that could really make a difference in the lives of asthma sufferers. The electronic, handheld device that he designed is very user-friendly and measures environmental parameters such as pollutants and aerial allergens that are present in the immediate environment through a built in nano-sensor. The device includes a blood sampler, which is used to take a small blood sample from the patient using a micro-pipet. The blood sample is used to analyse oxygen saturation levels and other set parameters. The device makes use of this information and a mathematical algorithm to determine the possibility that the patient will have an asthma attack. Mr Kebalepile says that the beauty of this instrument is that it can be used by clinicians as well as by patients themselves. A further advantage is that a patient can present the instrument at a health care facility, where a clinician can then monitor the patient’s condition over time using the historical information stored on the device.

3,9 million South Africans are currently living with asthma and, according to Mr Kebalepile, around 58 000 people die annually because of this disease. He says that many of these deaths could be prevented if it were possible to predict the attacks before they happen. This life-saving invention, which also recently won first prize at the Technology Innovation Agency Inventor’s Garage Competition in South Africa, will bring peace of mind to asthma sufferers and their primary caregivers, as it will enable them to not be caught by surprise when an asthma attack is imminent, thus preventing unnecessary asthma deaths.

The annual GIST Tech-I Competition is part of the US Department of State’s Global Innovation through Science and Technology (GIST) initiative, which seeks to empower innovators in 135 emerging economies to transform their communities. This year’s competition saw a record number of applications, with more than 1 000 entries received from all around the world, covering all science and technology sectors from agriculture to aerospace. Aspiring innovators were required to submit a short summary of their product, research, service, or concept, followed by a larger, 750-word executive summary describing the proposed work and the science and technology behind it. The entry also had to include a 90-second promotional pitch video to showcase the innovation. Each application was evaluated by regional scientific, technical and entrepreneurship experts in terms of its scientific and technical merit, its market potential, as well as the significance of the problem it addresses. Based on these evaluations, just 102 exceptional young science and technology entrepreneurs, including Mr Kebalepile, were selected to advance to the semi-finals.

During the next stage of the competition, the semi-finalists’ 90-second pitch videos will be put to a global online vote to help determine the thirty finalists who will present their ground-breaking ideas at the 2016 Global Entrepreneurship Summit (GES 2016) in Silicon Valley, CA on 23 and 24 June this year. The finalists will receive training and mentorship, and will have the opportunity to win capital seed prizes for their ideas.

Support Mr Kebalepile by voting for him at http://www.gistnetwork.org/tech-I/vote. You can vote once per day until 1 May 2016. Each time you vote, you will also have the opportunity to nominate a country or territory to win GIST Regional Startup Boot Camp training resources for its entrepreneurs in 2017. 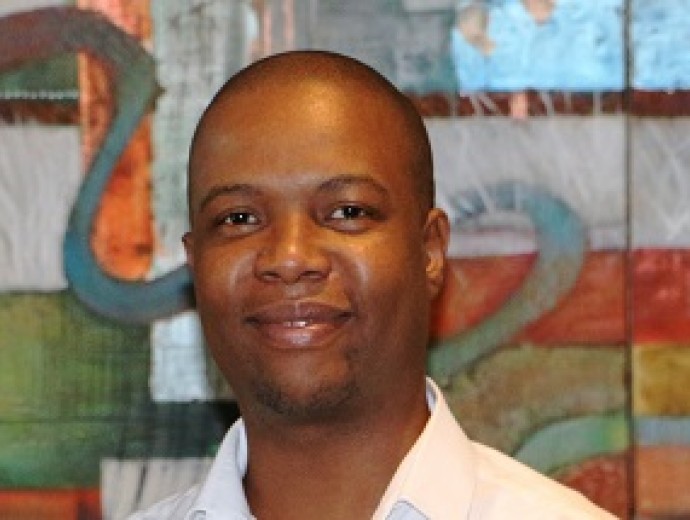