Acute lower respiratory infections are the leading cause of childhood mortality worldwide, with an estimated 42% of these deaths occurring in Africa. This elevated figure is largely due to the HIV epidemic that has engulfed many African countries, but is compounded by poor socio-economic circumstances, overcrowding and poor access to health care. Unfortunately, much of researchers’ and doctors’ current understanding of childhood lower respiratory infections in Africa is based on studies conducted prior to the HIV epidemic. This presents a problem, as evidence suggests that HIV infection plays an important role in the frequency and outcome of acute lower respiratory infections, with pneumonia being the leading cause of illness and death in HIV-infected children.

Acute lower respiratory infections are essentially inflammation of the airways or pulmonary (lung) tissue, resulting from a viral or bacterial infection below the level of the larynx, and include conditions like bronchiolitis, bronchitis, pneumonia and croup (laryngotracheobronchitis). Human rhinovirus, which is also predominantly responsible for the common cold, is the most common virus identified in children with respiratory infections across the globe and is responsible for both upper and lower respiratory tract infections, including pneumonia and bronchiolitis. Another culprit commonly responsible for these infections is respiratory syncytial virus (RSV), which also causes infections of the lungs and respiratory tract. Like the rhinovirus, this virus affects both adults and children. It is, in fact, so common that most children have been infected with it by the age of two years. In adults and older, healthy children, the symptoms of respiratory syncytial virus are usually mild and typically mimic the common cold, but can be severe, especially in premature babies, infants with underlying health conditions and people with compromised immune systems.

Comprehensive data on the viral workings of acute lower respiratory infections among HIV-infected children in South Africa are limited, and the prevalence of human rhinovirus (RV) species in this group is all but unknown. To remedy this situation, a long-term, collaborative research project has been undertaken by Dr Salome Abbott, from the Division of Paediatric Pulmonology at the University of Pretoria (UP), Professor Robin Green, Head of the Department of Paediatrics and Child Health at UP, and Dr Alicia Annamaly and Prof Peter le Souëf at the University of Western Australia, with the aim of describing the prevalence of respiratory viruses associated with HIV status and other clinical symptoms in children less than two years of age. Although their research is on-going, they have already made some interesting findings regarding the micro-organisms associated with acute lower respiratory tract infections in African children.

To start with, Dr Abbott and her team collected nasopharyngeal aspirates (mucus samples from the back of the nose and throat) from 106 children who were admitted to one of two hospitals in Pretoria presenting with acute lower respiratory infections. Samples were also collected from a control group of 53 healthy children from the same geographic area, in order to determine what kind of virus was causing the infection. All the children included in the study were less than two years of age. The team recorded information on symptoms and environmental factors, after which the HIV status of each child was determined. Common respiratory viruses were then identified from the mucus samples collected using the Polymerase Chain Reaction (PCR) method. PCR is generally used for making a very large number of copies of short sections of DNA from a very small sample of genetic material. This process is called ‘amplifying’ the DNA and it enables specific genes of interest to be detected or measured. In this case, RV species and genotypes were identified by semi-nested PCR, sequencing and phylogenetic tree analyses.

These results have led the team to believe that many viruses that are normally ascribed to infection may also occur in perfectly healthy children and Dr Abbott says that the fact that RSV very rarely occurs in HIV-infected infants could suggest that HIV infection may, in fact, be protective against this manifestation of the virus and consequently also against RSV bronchiolitis. If this were the case, it could have interesting implications for health professionals working in the field of virology. Dr Abbott says that, with further testing of blood specimens, the role of immunological and genetic factors will be elucidated and she hopes that this project will contribute towards an understanding of the epidemiology of acute lower respiratory infections in developing countries.

The team are currently in the process of further exploring the significance of their findings to date. 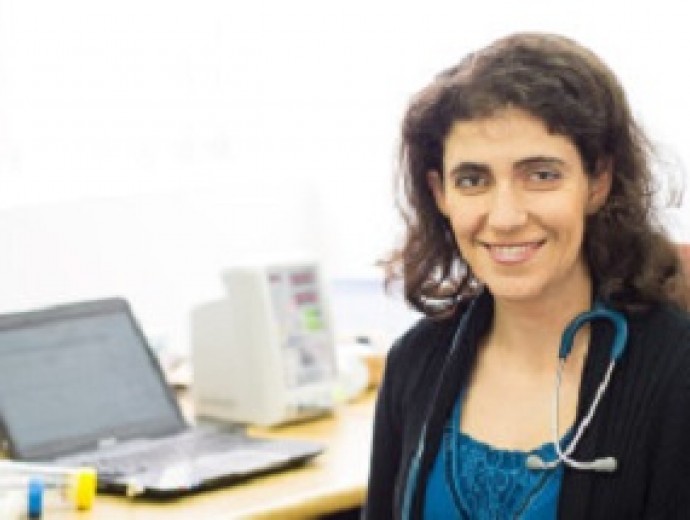