Gender is one of the strongest and most consistent predictors of health and life expectancy. For men, unfortunately, this is not good news. On average, across the globe, men die six years earlier than their female counterparts. Every year in November, or Movember as it has become popularly known, millions of men across the world sport a hairy upper lip to show their support for and raise awareness of men’s health issues, including prostate cancer (also referred to as carcinoma of the prostate or PCa), testicular cancer, poor mental health and physical inactivity. PCa, in particular, is the second most common cancer in men worldwide (after lung cancer), with more than 1,1 million cases recorded in 2012.

PCa is the development of malignancy (resulting from abnormal cell growth) in the prostate, which is a gland that forms part of the male reproductive system. As with most other types of cancer, PCa cells can spread from the prostate to other parts of the body, particularly to the bones and lymph nodes. Treatment, even when successful, can take a toll on the physical and mental health of those affected.

In the Western world, PCa has the highest incidence rate of all male-associated cancers and the second highest mortality rate. In African countries, including South Africa, the incidence of PCa among non-migrant Africans is uncertain, but a trend towards earlier age at diagnosis has been observed. It is estimated that among South African men, at least one in every 23 will develop PCa within their lifetime. The specific contributing factors are however still unclear and PCa incidence and mortality rates are masked dramatically by the impact of infectious disease on average life expectancy in males. Since PCa is usually a disease of older age, the prevalence in South African men is expected to increase as the average life expectancy moves closer to that reported from the West.

Population-based studies have to date almost exclusively been driven by USA research, which found that African-Americans are 1,7 times more likely to be diagnosed with PCa (and at a younger age) and 2,5 times more likely to die from PCa than Americans of European decent. The risk faced by African-Americans is even greater when compared to Asian-Americans. It is therefore critical that the true impact of PCa in South Africa is assessed and addressed appropriately.

The most significant risk factors for PCa, namely older age, family history of PCa and African ancestry, suggest that both environmental and genetic factors are likely contributors to susceptibility to and disease course in Southern African men.

In 2008 a team of clinicians and researchers from the University of Limpopo joined forces with Prof Vanessa Hayes, Head of Human Comparative and Prostate Cancer Genomics and her team at the Garvan Institute of Medical Research in Sydney, Australia. The Southern African Prostate Cancer Study (SAPCS) was subsequently established with seed funding from the South African Medical Research Council (SA MRC). Prof Riana Bornman, Senior Research Professor in the School of Health Systems and Public Health at the University of Pretoria (UP)’s Faculty of Health Sciences is the current Study Director in South Africa. Prof Don Cowan from UP’s Genomics Research Institute (GRI) and Prof Pascal Bessong from the University of Venda (UniVen) also recently joined the SAPCS with a view to determining the infectious drivers of prostate cancer in South African men. Through these collaborative efforts, both nationally (with the GRI and UniVen) and internationally (with Prof Hayes and her team at the Garvan Institute), the UP team has access to the most state-of-the-art technology available to address the complex genomics of early-derived human diversity and PCa. The SAPCS data, which is a unique resource of epidemiological, genetic and clinical data, are for the first time shedding light on the scope and impact of PCa in the central to northern regions of South Africa.

Prof Hayes, who also holds an extraordinary professorship at the School of Health Systems and Public Health, led the team that made headline news in 2010 by generating the first complete personalised human DNA sequences (human genomes) for Africa, including that of Nobel Peace Laureate Archbishop Desmond Tutu. These African genomes are providing the framework for disease studies and drug development tailored for Africa.

Certain areas on the human genome have been identified as indicating the risk of developing PCa. In the pilot study of 837 men, which addressed the contribution of previously described genetic and epidemiological risk factors associated with increased PCa risk and aggressive disease in men from South Africa, these genetic risk factors (largely European defined) showed no evidence for disease prediction. The team also found that black South African men presented with higher prostate-specific antigen (PSA) levels (a biomarker in blood that could indicate PCa) and more aggressive PCa which is further escalated in men from rural localities. The data suggests that a lack of PSA testing may be contributing to an aggressive PCa disease phenotype in South African men. Genome-wide approaches are crucial to defining African-specific risk areas and the genomic signature of PCa observed in South Africa.

Driven by an observed link between maternal inheritance and PCa risk, the SAPCS recently turned their attention to the maternally inherited mitochondrial genome. In a first‐of‐its‐kind study, the team investigated the impact of mitochondrial genome variation in South African men with different presentations of PCa. Through this project (funded by the USA National Institute of Health (NIH), the team has doubled the total number of PCa-associated mitochondrial DNA mutations identified globally. In addition, they reported that the total number and frequency of somatic mitochondrial mutations offer predictive power to determine aggressive prostate cancer in South African men (based on a Gleason score either equal to or greater than 7). The study has been accepted for publication in the journal, The Prostate and its results were recently discussed at the SAPCS’ Inaugural Workshop that was held at UP in October 2015. Members, students and prospective scientific collaborators did presentations on aspects of PCa of interest to them and the team discussed the way forward.

Prof Bornman points out that they are specifically trying to find early markers of PCa in African men because current PSA testing is not as useful in African men as in men from European ancestry. PSA is a protein produced by cells in the prostate and levels higher than normal are helpful in indicating men who should undergo a prostate biopsy. It is important to note that PSA testing alone is not sufficient to rule out PCa; a digital rectal examination of the prostate should also be normal to rule out the disease. PSA testing is however not always freely available in remote rural areas of South Africa, which means that by the time many African men are eventually diagnosed with prostate cancer, the disease may have spread beyond the prostate, which limits treatment options considerably. For this reason, says Prof Bornman, it is vital for us to find markers that are specific to African men to assist in the timely diagnosis of this devastating disease.

An understanding of, inter alia, the genomic signatures of PCa in the indigenous populations of Africa, may yield invaluable information on direct efforts to limit disease predisposition and development in men from the African continent and African-Americans. It may also open new avenues of early diagnosis and treatment to improve life expectancy. 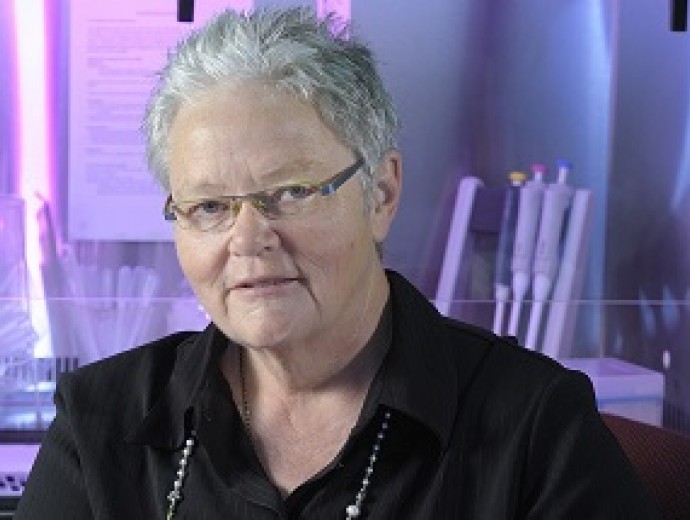