The week of 28 October to 3 November has been named Stroke Week, the purpose of which is to raise awareness of the symptoms of stroke. Every year, thousands of people either die after suffering a fatal stroke or are left debilitated. It is of paramount importance know the signs of a stroke and to seek medical help immediately.

A stroke happens out of the blue and the patient often shows more than one of the following signs: sudden paralysis, weakness or numbness of the face, and/or arm and/or leg on one side of the body; confusion and disorientation; total loss of speech or trouble speaking or understanding speech; trouble seeing (one or both eyes may be affected); inexplicable dizziness and/or loss of balance that often causes the patient to fall or have difficulty walking; severe, sudden-onset headache; and difficulty swallowing.

In an ischemic stroke the oxygen-starved cells in the affected area stop functioning properly. Whether this is temporary or permanent (in which case the cells die off) depends on the degree of ischemia and its duration. The cause of ischemic stroke is similar to that of heart disease. Fatty deposits called atherosclerotic plaques are usually the cause of both ischemic stroke and heart disease, but the plaque build-up that causes ischemic stroke occurs on the interior walls of the arteries in the neck and head instead of the coronary arteries that lead to the heart.

Atherosclerotic plaques can block off an artery completely but more commonly narrow the artery, making the blood-flow more turbulent and instigating the formation of a blood clot, or thrombus. A thrombus that forms in a narrowed arterial passage can act like a plug, stopping blood flow and precipitating a stroke, or a fragment of a thrombus (called an embolus or wandering blood clot) can break off and get stuck in one of the smaller blood vessels in the brain. A person with heart disease is at an increased risk for stroke because there is always the threat that an embolus emanating from a malfunctioning heart can travel via the bloodstream and lodge in the brain.

One can reduce one’s risk of having a stroke by living a healthier lifestyle. As mentioned before, a haemorrhagic stroke is far more likely to be fatal. Not only could it disrupt the blood flow to the part of the brain where the burst artery leads, but the blood puts pressure on the brain causing brain tissue to swell. Should one survive a haemorrhagic stroke, the pressure and swelling in the brain may subside spontaneously over time. Although the survival rate for ischemic stroke is higher than for haemorrhagic stroke, the neurological impairment resulting from ischemic stroke can be more severe and recovery less assured.

No two strokes are exactly alike because several factors influence the outcome, including the type of stroke; the extent of damage to the brain; and – most importantly – where the damage occurs, because specific regions of the brain control specific body functions.

Paralysis of the right side of the body (referred to as right hemiplegia) occurs when a stroke damaged part of the left side of the brain, and vice versa. Typically people with left brain damage will have difficulty with speech and language in addition to behavioural changes. They will be somewhat cautious, anxious and disorganised when attempting new tasks.

In contrast, people with left hemiplegia (paralysis of the left side of the body due to right brain damage) have spatial-perceptual deficits, in other words an impaired ability to judge distance, size, position, speed of movement, form, and the relation of parts to wholes. Such people give a false sense of non-disability because they tend to talk better than they are actually able to perform.

Within a few hours to several months after a stroke, many patients gradually experience partial or even complete reversal of the neurological impairments, for example paralysis, loss of sensation, and confused mental state.

The purpose of a formal rehabilitation programme is to assist in and accelerate this recovery process. The body is most receptive to the beneficial impact of physical and other rehabilitative therapies during the first six months after a stroke, so that is when a concentrated effort is usually made to reverse the neurological malfunctioning and, in doing so, eliminate disability.

The patient and family members work closely with a stroke rehabilitation team of physicians, specially trained nurses, physical, occupational and speech therapists, and biokineticists. However, the restoration of function does not stop abruptly at six months after the stroke incident; it tends to continue for up to two years after a stroke. During this time (and even later on), it remains possible to reduce the degree of disability resulting from neurological malfunctioning. For example, although the patient may always walk with a limp because of having suffered irreversible neurological impairment, he may be able to increase the distance he can walk and therefore reduce his degree of disability. Specially designed exercise programmes should help one overcome lingering disability to some extent.

By Danielle Steenkamp, biokineticist at the Institute for Sports Research, UP. 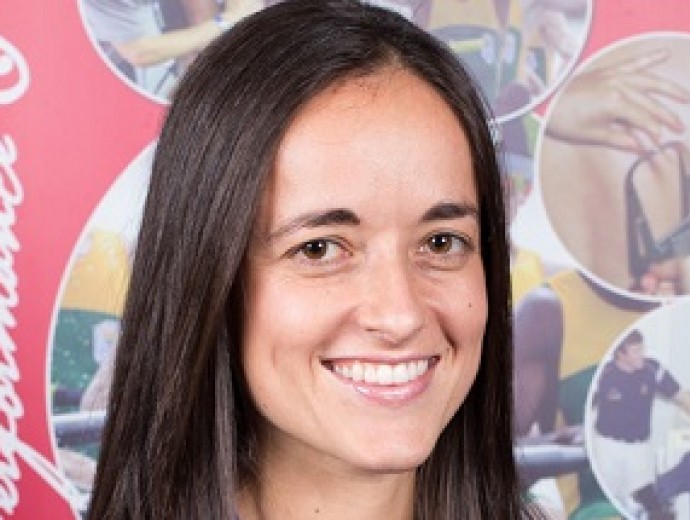