MoU paves the way for collaboration towards malaria research and elimination

The University of Pretoria Centre for Sustainable Malaria Control (UP CSMC) has signed a memorandum of understanding (MoU) with the Chinese National Institute of Parasitic Diseases (China CDC). This MoU will pave the way for collaboration between the two centres with a view to research on and the eventual elimination of malaria.

The MoU was signed at the conclusion of the Second Ministerial Forum of China–Africa Health Development (2015–2018) Conference that was held in Cape Town on 5 and 6 October 2015. The conference, which was hosted jointly by the Chinese Minister of National Health and Family Planning Commission, Ms Li Bin, and the South African Minister of Health, Dr Aaron Motsoaledi, was attended by 200 African health ministers and senior delegates from health ministries. Senior representatives from the African Union (AU), the World Health Organization (WHO), UNAIDS, UNICEF, UNFPA, the World Bank, and the Global Fund to fight HIV/AIDS, TB and malaria were also in attendance. The overall aim of the conference was to deepen and expand previous commitments to health development and to accelerate efforts to promote open resources, technology and teaching practices in education.

This conference follows on the first Ministerial Forum of Africa-China Health Development which took place in Beijing on 17 August 2013. Since that time, China has demonstrated its full partnership and commitment to African Health Development in multiple ways, most notably during the Ebola outbreak in West Africa, during which China was one of the first governments to commit resources to the developing crisis and ultimately provide major support by way of infrastructure, training, equipment and man-power - including numerous doctors and other medical staff, as well as financial grants.

The first day of the conference was dedicated to high-level discussions to determine which themes and aspects of collaboration should be prioritised for the next three years (2016–2018) and to capture them in the so-called Cape Town Open Education Declaration*. The second day featured plenary discussions, mostly by Chinese representatives, who spoke about China’s contributions during the Ebola outbreak, as well as other collaborative efforts between China and African countries. Representatives from the South African Department of Health did various presentations on problems faced in the South African health sector.

The MoU between the UP CSMC and China CDC was one of three MoUs signed at the conclusion of the conference. The China CDC was represented by its director, Prof Dr Zhou Xiaonong and UP CSMC by Prof Leo Braack, head of the centre’s Malaria Vector Cluster.

The China CDC is already involved with research on schistosomiasis (also known as bilharzia) in Zimbabwe and malaria in Tanzania, and this new MoU with UP CSMC will provide opportunities for additional funding and research in collaboration with the UP centre towards the sustainable control and eventual elimination of malaria in Africa. In the coming weeks the two centres plan to continue the conversation in order to determine which collaborative projects to pursue. These discussions are envisioned to culminate in a meeting in Shanghai in June next year (along with other African countries such as Tanzania and Zimbabwe) during which projects will be planned in detail, particularly projects related to malaria and schistosomiasis.

According to Prof Tiaan de Jager, Deputy Dean: Research of the Faculty of Health Sciences at UP and Director of the UP CSMC, the decision to collaborate with China CDC was a strategic one since it will provide access to BRICS (Brazil, Russia, India, China and South Africa) funding. The University of Pretoria was the only African institution requested to sign a MoU on collaboration in malaria research – a sure sign of the excellent international reputation of the UP CSMC.

*The Cape Town Open Education Declaration originally arose from a meeting convened in Cape Town in September 2007 to accelerate efforts to promote open resources, technology and teaching practices in education. 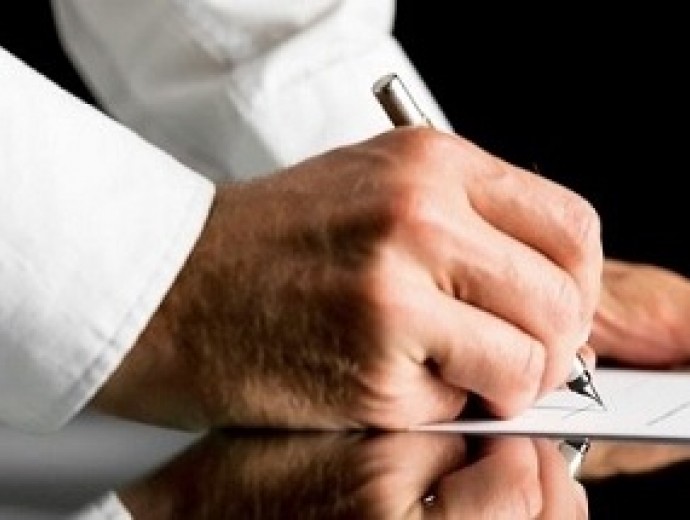