It is possible to reduce all forms of malnutrition by 2030, says report

Lawrence Haddad had the rare opportunity to share a global nutrition report, hot off the press, with an eager-to-engage multi-sectoral audience when he presented an overview of the Global Nutrition Report at the Indaba Hotel in Johannesburg on Friday, 2 October 2015. The venue was an excellent choice for the event as iNdaba is the isiXhosa word for an important meeting at which matters affecting the community are discussed. The event was attended by more than 100 South Africans representing many government departments, the academic community, civil society, the private sector and the media. The thought-provoking facts that were presented, the lively panel discussion and the engaging question-and-answer session highlighted the need for innovative thinking on how South Africa can make progress with reducing the prevalence of malnutrition. Lawrence’s presentation provided us with an opportunity to reflect on our position in global rankings and challenged us.

The timing of the discussion was perfect as it followed on the announcement of the Sustainable Development Goals, while South Africa is still grappling with how we will deliver on the targets set by the Malabo Declaration of 2014. South Africa’s malnutrition statistics are contrary to the expectation for a developed country that is nationally food secure. Despite gains made in reducing poverty since the election of a democratic government in 1994, and halving self-reported hunger through broad coverage with social grants, a plethora of nutrition interventions and over 70 food-security-oriented government programmes, South Africa’s stunting rates are no better than those in many other African countries, and far greater than those in countries with similar gross national incomes. One in every four children is potentially severely disadvantaged for life as a consequence of under-nutrition. At the same time, South Africa still has a high prevalence of hidden hunger due to micro-nutrient deficiencies, and a further nutritional problem due to the fact that more than 60 per cent of women are overweight or obese.

Ms Yvonne Chaka, well-known singer and UNICEF Goodwill Ambassador, was a member of the panel, which also included government representatives from the agricultural, social development, health, rural development and land reform sectors. Each panellist was requested by the panel chair, Prof Eric Buch (Dean of the Faculty of Health Sciences at the University of Pretoria), to explain what their sector is doing to address South Africa’s nutrition problems.

The report’s ‘six Cs’ (commitment, coverage, coherence, community, cost, cash) found fertile ground among the South African government and nutrition community, encouraging them to review current interventions and policies with a view to creating more coherent strategies with greater impact on changing the rates of stunting and combating the increasing problem of over-weight.

The report helped raise levels of commitment by providing examples of how other countries have succeeded. While transformative service-delivery targets in other sectors, such as housing, sanitation and electrification, hold government accountable and have shown what the country is able to do to change the lives of the poor, we are not regularly and publicly monitoring programme coverage and need to do much more in this respect.

Policy coherence is certainly on the radar with the country’s rolling reviews of various programmes and government’s resolve to drive coherence in respect of key areas of growth and development.

One of the ‘Cs’ put forward by the participants during the lively discussion session was the importance of building the capacity to conduct such reviews of policies and programmes to develop coherence in both policy and delivery. Capacity is desperately needed in more comprehensive delivery and accountability systems at all levels – starting with the community. In particular, South Africa was unable to report on 22 indicators relevant to food security and nutrition, which shows that we need to invest more in data to be able to monitor progress and evaluate the cost and impact of programmes.

Whether the country needs to invest more cash in more nutrition programmes is not very clear. We are doing a great deal through population-wide programmes, such as compulsory fortification of staple foods and targeted programmes for specific groups in the population, but making these more nutrition focused and helping other sectors to deliver more nutrition-centred programmes must be a priority. Another poignant ‘C’ raised from the floor was communication – something we do not use creatively enough to encourage behaviour change, share national strategy and report on progress.

The event, which was part of the National Research Foundation (NRF) Centre of Excellence’s World Food Day programme, was organised by Sheryl Hendriks and Julian May, Directors of the Department for Science and Technology and the NRF Centre of Excellence in Food Security, and co-hosted by the universities of Pretoria and the Western Cape. 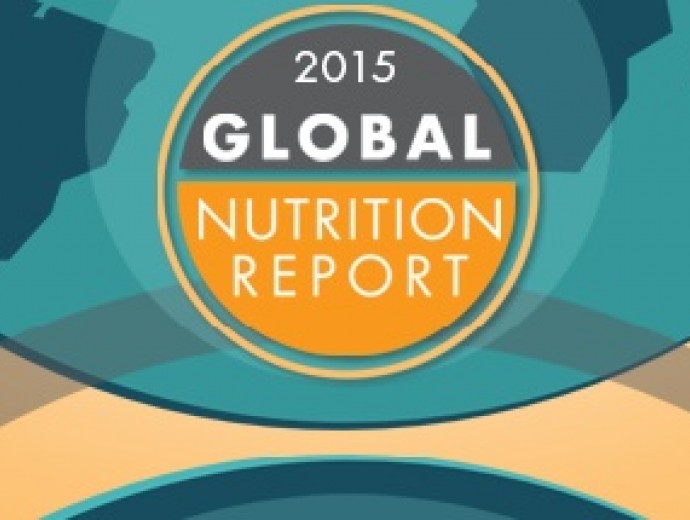