World Heart Day is celebrated annually on 29 September. On this day, members of the World Heart Federation from almost every corner of the earth employ various strategies to get the message across that at least 80% of premature deaths due to cardiovascular disease (CVD) could be avoided if the associated risk factors were controlled. Cardiovascular disease refers to a group of disorders of the heart and blood vessels, and include diseases that affect the blood vessels supplying various areas of the body, as well as diseases involving malformations of, or damage to the heart structure. This year’s theme was ‘Creating heart-healthy environments’.

South Africa has seen a veritable explosion in the incidence of reported cases of cardiac disease in recent years, and if one looks at the numbers, it is clear that these diseases currently rate among the most prominent killers in our country. Worryingly, the age profile of cardiac patients also keeps getting younger and physicians are reporting a much higher incidence of various heart conditions among teenagers and young adults.

Staff of the Department of Cardiology at the University of Pretoria (UP) are actively involved in research on the alarming increase in cardiac disease in South Africa, as well as changes in the local epidemiology of coronary artery disease. Other areas of interest that are currently being pursued by researchers in the Department include complex procedures performed with minimally invasive surgery, as well as HIV and how it affects the heart.

According to Professor Andrew Sarkin, Head of the Department of Cardiology at UP, the most important behavioural risk factors for heart disease and stroke are unhealthy diet, physical inactivity, tobacco use and harmful use of alcohol. He explains that the effects of behavioural risk factors may manifest as raised blood pressure, raised blood glucose, raised blood lipids, and being overweight or obese, all of which can easily be measured at a primary health care facility or health clinic. The presence of these ‘intermediate risks factors’ in a patient indicate an increased risk of heart attack, stroke, heart failure and other complications. Early detection and management of CVDs is therefore extremely important in the prevention of serious complications. That being said, for many patients there are no symptoms of the underlying disease of the blood vessels and for them, an actual heart attack or stroke may be the first warning sign of underlying disease.

Prof Sarkin says that popular media has been very helpful in spreading the message that cessation of tobacco use, reduction of salt in the diet, the consumption of fruits and vegetables, regular physical activity and avoidance of harmful alcohol use all help to reduce the risk of cardiovascular disease. This is sometimes unfortunately easier said than done, especially in low- and middle-income areas where people may have very limited choices in terms of lifestyle, available dietary options, participation in exercise and so on. This situation necessitates health policies that create environments in which healthy choices are affordable and available to all members of society.

Fortunately, the World Health Organisation (WHO) has identified a number of very cost-effective interventions for the prevention and control of cardiovascular disease that are feasible for implementation even in low-resource settings. The WHO suggests interventions on both a population-wide and individual level and recommends that these be used in combination in order to effect the greatest possible reduction in the burden of cardiovascular disease.

Examples of population-wide interventions that can reduce CVDs include comprehensive tobacco control policies; taxation to reduce the intake of foods that are high in fat, sugar and salt; building walking and cycling paths to increase physical activity; strategies to reduce the harmful use of alcohol; and the provision of healthy school meals to children.

At the individual level, the prevention of first heart attacks and strokes require health-care interventions to target those who are at high total cardiovascular risk or with single risk factor levels, such as for hypertension and hypercholesterolemia (an excess of cholesterol in the bloodstream), that are above traditional thresholds.

The former approach is more cost effective than the latter and has the potential to reduce cardiovascular events substantially. The WHO has declared this approach feasible in primary health care environments in low-resource settings since it can be adopted by physicians as well as non-physician health care workers.

According to the WHO, the benefits of these interventions are largely independent, but when used together with smoking cessation, up to 75% of recurrent vascular events may be prevented. However, at present there are major gaps in the implementation of these interventions, particularly at the primary health care level.

In 2013, under the leadership of the WHO, all member states (194 countries) agreed on global mechanisms to reduce the avoidable non-communicable disease (NCD) burden, including a ‘Global action plan for the prevention and control of NCDs 2013–2020’. This plan aims to reduce the number of premature deaths from NCDs by 25% by 2025 through nine voluntary global targets. Two of the global targets focus directly on preventing and controlling CVDs. This year saw countries starting to set national targets and measure progress on the 2010 baselines reported in the Global status report on non-communicable diseases 2014. The UN General Assembly will convene a third high-level meeting on NCDs in 2018 to take stock of national progress towards attaining the voluntary global targets by 2025.

Everyone, regardless of where he/she comes from, deserves to live a long and healthy life. This is possible if we start taking responsibility for our health and create heart-healthy environments that can help put an end to the scourge of cardiovascular disease currently affecting our country. Driven by a firm belief that good health is a basic human right, Prof Sarkin and his team at UP’s Department of Cardiology hope that, through their research efforts, they will be able to play their part in reducing premature mortality from cardiovascular disease, not only in South Africa but globally, as targeted by the World Heart Federation and the WHO. 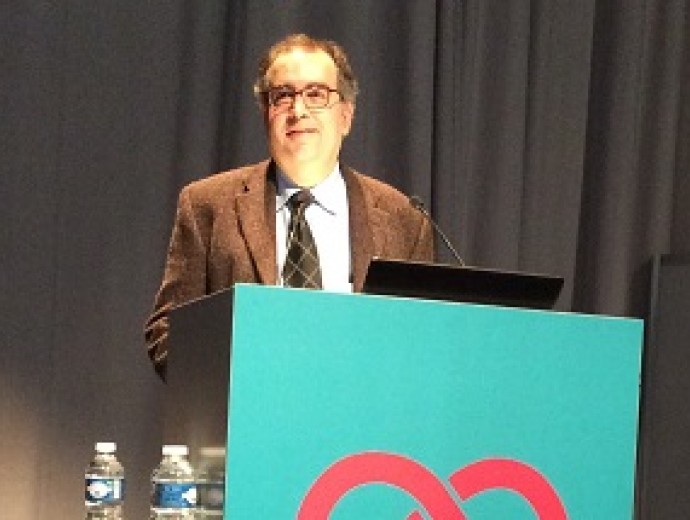