An overarching goal of the Strategic Plan 2025 of the University of Pretoria (UP) is to strengthen the University’s impact on South Africa’s economic and social development. The University also strives to serve its immediate community and society at large. A significant step in this regard was made with the signing of the Memorandum of Understanding (MoU) by UP and the City of Tshwane in 2013. The purpose of this MoU is to promote co-ordinated planning, intellectual capital collaboration and joint projects. The parties share a common vision of improving the city’s efficiency and effectiveness in respect of service delivery to all its people. Several faculties at the University have projects specifically aimed at improving the lives of the most vulnerable people in our city.

One such project is the Street Medicine in Tshwane Inner City project, recently initiated by the Department of Family Medicine. Street medicine is the direct provision of basic medical care to those living and sleeping on the streets through mobile services such as walking teams and outdoor clinics. It is the first essential step in achieving higher levels of care through assertive, coordinated and collaborative medical management.

At present an estimated 5 000 homeless people are living in the City of Tshwane. Owing to their poor living conditions, these people are exposed to infectious diseases such as tuberculosis, and many of them also suffer from mental illness. A study published in the journal Development Southern Africa in 2010, found that about 50% of homeless people suffer from mental illness and researchers believe the figure might be even higher as ‘many might not have remembered the diagnosis or might not have been able to access services and therefore have not received a diagnosis’. Life on the streets is hard and dangerous, as evidenced by the fact that the average age of death for street people is 47.

In May this year, the Department of Family Medicine presented a planning workshop with various partnering organisations such as the Tshwane Leadership Foundation, the Counter Human Trafficking Office of the South African Catholic Bishops Conference (SACBC), the Department of Architecture at UP, social workers from various NGOs, and representatives from the Jim Withers Street Medicine Institute in Pittsburgh, USA.

Dr Jim Withers, whose Street Medicine Institute facilitates and enhances the direct provision of health care to homeless people where they live, inspired workshop attendees with his experiences in the field of street medicine. The efforts of Dr Withers and other members of his institute in cities worldwide have led to a global awareness of the emerging field of street medicine that embodies compassionate, accessible and cost effective care to a population that would otherwise be universally ignored.

At the workshop, Dr Withers said that it is important to remember that good healthcare depends on good understanding and good data on the people you work with. He pointed out that certain things are essential when initiating a programme such as this. First and foremost among these is commitment – both from the medical system and from the physicians involved in the project. Physicians should take on a leadership role to ensure that the project keeps its momentum and is not ignored by important stakeholders.

The second factor that is crucial to the success of such a project is familiarity with homeless people. Because of the harsh environment in which they live, these people often find it hard to trust outsiders. For this reason it is often beneficial to engage members of the homeless community in the process – in other words, get people of the homeless community to work with you in the community. He says that you should always remember that people have more potential once you show them that they have value. ‘When you provide medical care to these communities, you are representing a value system as much as you are providing a service. This is a respectful movement into other people’s worlds. You must show grace and “forgiveness for not being perfect”. You should treat people the way that you would want to be treated,’ he said.

According to Dr Withers, you need to start small and never promise people something that you are unable to deliver. You are trying to build a long-term relationship that is prevention-oriented and based on mutual respect and trust earned through personal connections with people. Really listening to what people are saying is key to successfully building these trust relationships.

Discussions during the workshop showed that UP and other stakeholders are already doing much to change dwellings and lifestyles in our city for the better. Inspiration abounded and ideas were raised, such as the possibility of involving taxi drivers and other persons whose place of work is the street.

The Department of Family Medicine, under the leadership of Prof Jannie Hugo, are in the process of implementing the first stages of their Street Medicine Programme. Prof Hugo believes that students should be a part of any intervention and that both medical students and students from other departments at the University, such as the Department of Architecture, will form an integral part of the project.

Stage one of the project will be the grass-roots phase, where street rounds will be made and there will be no centralised point/facility. Basic health care services will be provided to homeless people where they live – on the streets of Tshwane. The project will kick off in Marabastad, Arcadia and Sunnyside in Tshwane’s inner city, from where it will be rolled out. The service is directly linked to the Ward Based Outreach Team initiative which is an integral part of the re-engineering of primary care in the city.

In stage two, the focus of the project will be on the development of a street medicine team and the establishment of a primary care centre for the homeless. By stage three, the Department hopes to be in a position where multidisciplinary care can be provided to homeless people on a continual basis – 24 hours a day, 7 days a week – and consulting services can be made available to them in hospitals. Stage four of the project will involve the provision of services to other facilities (such as homeless shelters in the city), quality control of the medical services that are provided by the different street medicine teams, and a tangible effort to get the people living on the streets into acceptable permanent housing.

This project is set to make a real difference in the lives of homeless people in our beautiful city and, according to Dr Withers, to the lives of everyone who takes part in the delivery of these services: ‘Besides the good that it does and the money that it saves, having street medicine in every community transforms us. We begin to see that we are all in this together. It is something that we should take pride in when we can treat people the way we would want to be treated ourselves.’ 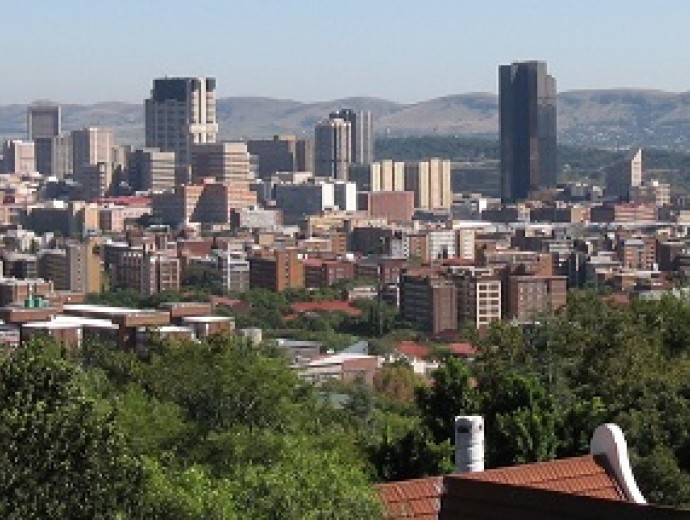 The City of Tshwane