Be part of the Cape Town Hypothesis Test

The smallest floral kingdom in the world is a rather big deal – and it is only found in South Africa. Fynbos, the natural hard-leafed shrubland vegetation located in the Western Cape and Eastern Cape provinces, makes up 80% of plant species in...

The smallest floral kingdom in the world is a rather big deal – and it is only found in South Africa. Fynbos, the natural hard-leafed shrubland vegetation located in the Western Cape and Eastern Cape provinces, makes up 80% of plant species in this kingdom, and the area has been named a UNESCO World Heritage Site.

Rich in local fynbos plants, these two provinces make up South Africa’s Cape Floral Region – a biodiversity hotspot comprising 13 protected areas. It is therefore essential that fynbos isconserved. University of Pretoria PhD student in plant pathology,Joey Hulbert is working hard to do just that. He has also empowered the public to get involved in his efforts and participate in this research by allowing them to become citizen scientists in the Cape Citizen Science project.

The biodiversity of the fynbos biome is intricate, and understanding the relationships between these plants and the microscopic organisms living with them is important for protecting the natural environment. While some of these microbes help plants collect nutrients and water, others can be invasive and cause diseases.Phytophthoraspecies are one such group of disease-causing microbes, andPhytophthora cinnamomihas already been reported in fynbos. Known as a ‘biological bulldozer’,Phytophthora cinnamomihas infected thousands of plant species around the world and is considered a top environmental threat in Australia. It also occurs in the Cape Floral Region, and cases of root rot have already been reported in theProteaceaeIfynbos.

Up to now, this project has relied on the public to assist Hulbert’s research in better understanding diseases like those found in fynbos.Phases 1 and 2of the Cape Citizen Science project called on the public to report dying fynbos plants and collect soil samples from under dead or dying plants. Hulbert suspects that most of these microbes are limited to the soil and cannot ‘escape’ unless the soil or infected plant tissues from the area are moved. The movements of people, equipment and plants often do this unintentionally and accidentally.

Not much is known about the diversity and distribution of these pathogens in the Cape Town area, however, andPhase 3of the project aims to protect the natural environment surrounding the Mother City. This phase, called the Cape Town Hypothesis Test, aims to gain insight into these microscopic invaders in the urban areas of Cape Town, which have the potential to cause plant disease epidemics. The public’s contributions can lead to new discoveries and provide important information that is critical to conserving South Africa’s biodiversity and natural resources, particularly the Cape Floral Region.

The hypothesis of this phase of research is that different Phytophthora species will be found in urban areas of Cape Town than in the surrounding natural areas. Hulbert explains: ‘Studying Phytophthora species in the urban areas of Cape Town is our best chance to detect the new arrival of an invasive Phytophthora species before it spreads into the natural environment, into areas like Table Mountain, a Natural World Heritage Site.’ He says it is important to rely on the public’s involvement in the project as they will be the first to notice a decline in the health of plants in their neighbourhoods. The public also has access to areas that researchers do not, such as their own gardens. Hulbert calls on the public to participate as citizen scientists in the Cape Town Hypothesis Test and collect any samples of unhealthy plants from specified areas in Cape Town. Unhealthy plants can be identified by foliar dieback, stem lesions and bleeding, or leaf lesions and shoot-tip dieback.

Now, in the face of an epic drought, it is more critical to understand which microbes are affecting our plants than ever before. ‘The drought will likely affect the plants that are infected withroot-chewing microbes the most severely,’ says Hulbert. Many species of indigenous Cape flora are known to be susceptible to root rot, caused by Phytophthora cinnamomi and other soil-dwelling microbes. ‘The unavailability of water and reduced root mass is a bad combination for the plant.’ While the drought will likely affect plants, Hulbert urges citizens to avoid making the assumption that it is the only reason the plant is unhealthy. ‘We need to be on the watch for new introductions of plant-killing microbes, especially now, because the plants are already stressed and may have reduced defences,’ he says.

To find out how you can become a biodiversity protector, go tohttp://citsci.co.za/capetown.

Joey Hulbert is a PhD student in Plant Pathology from the Forestry and Agricultural Biotechnology Institute (FABI) at the University of Pretoria (UP). He is also an affiliate research student with the Department of Conservation Ecology and Entomology at Stellenbosch University. He leads Cape Citizen Science, which is supported by the DST-NRF Centre of Excellence in Tree Health Biotechnology, the Forestry and Agricultural Biotechnology Institute at UP, and Stellenbosch University. 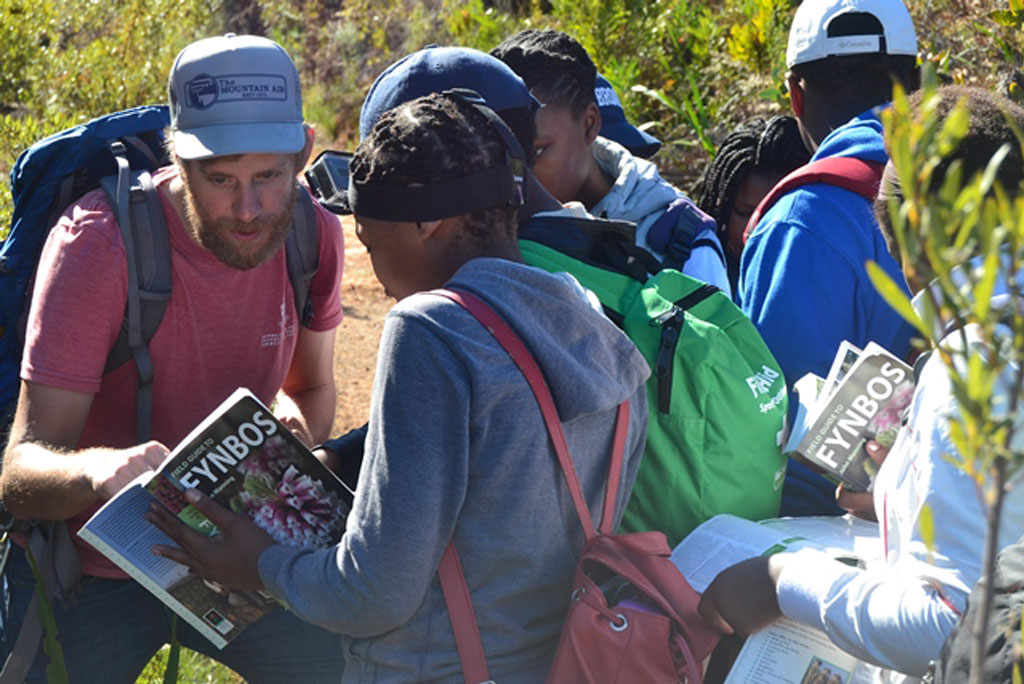 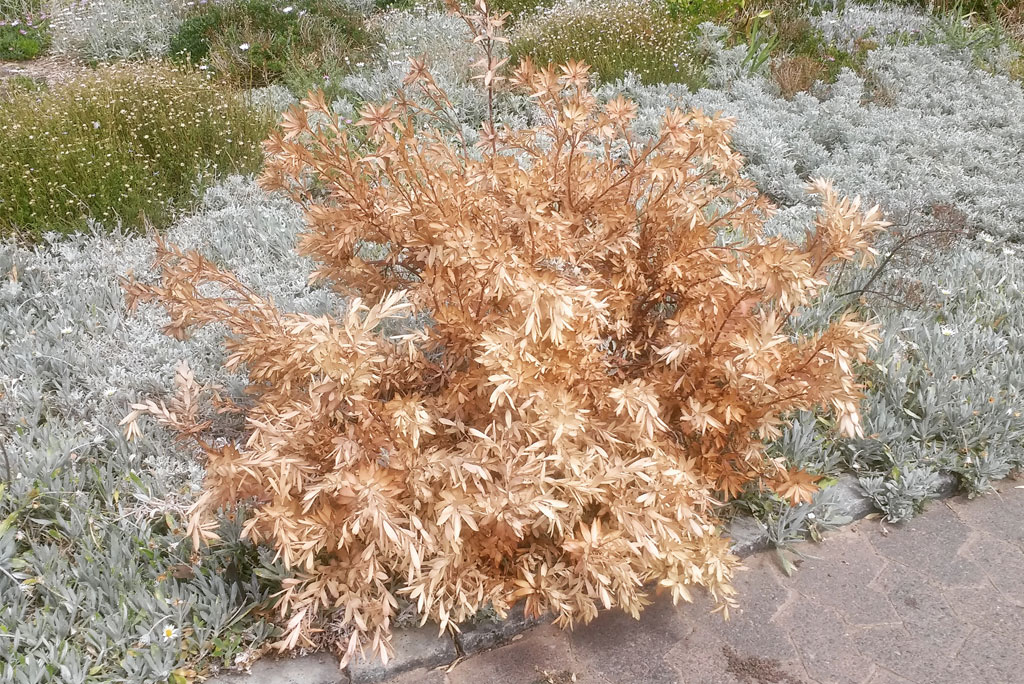 Collect soil under dead plants like this one in your neighbourhood. 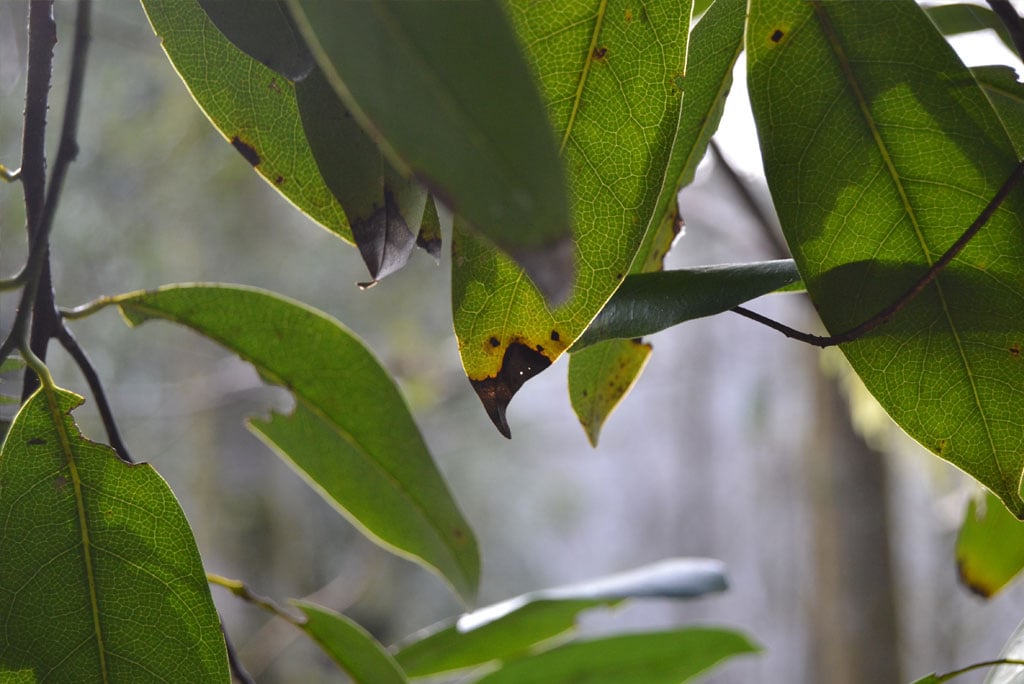 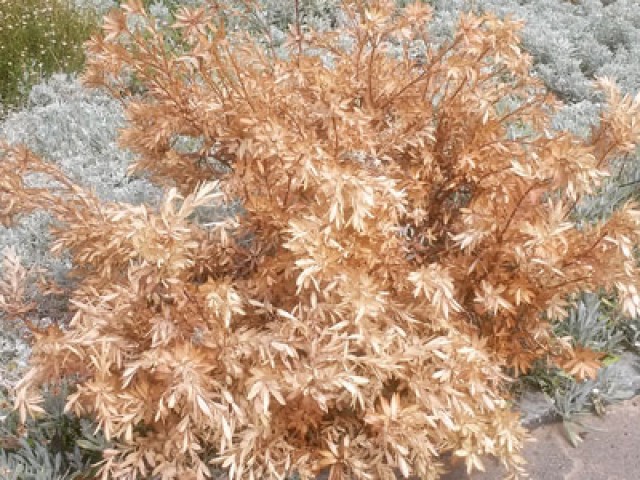