The Multimedia Department has acquired a powerful PC to be able to work with the Oculus Rift Development Kit 2 (ORDK 2) in order to do experiments with regards to virtual reality and more specifically, virtual environments. A video of a previous virtual reality project can be viewed at https://www.youtube.com/watch?v=mpWJq3-hzyM. Current projects are making use of the Kinect and OR DK 1, and the new computer will be facilitating projects using the new OR DK 2. Furthermore, interaction specific hardware has been purchased to investigate how people interact and can interact with computers. This can also be tested through virtual reality by combining interaction devices with the new computer and the OR.

See below for images and further information regarding the newly acquired hardware. Figure 1: The separate components in the PC. Figure 2: The assembled PC called "The Eye" with the Oculus Rift DK2. Figure 4: The Myo, which tracks muscle movement and then converts it into recognisable patterns which can be assigned to actions.

For more information about 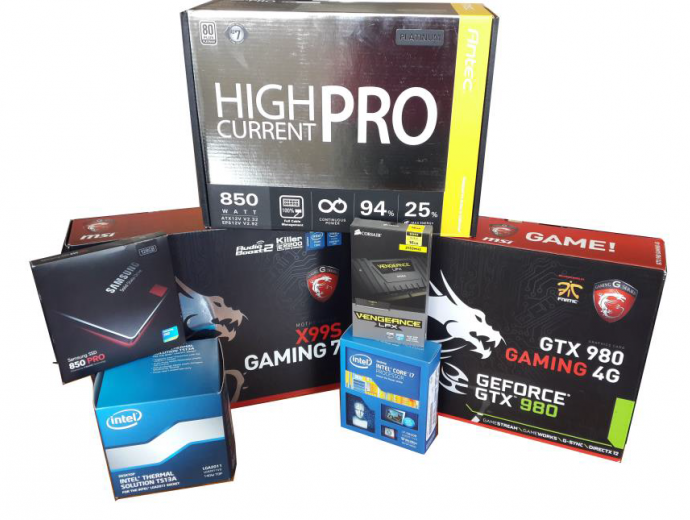 The separate components in the PC.