The first event took place on 16 June with Gr. 6 to 8 learners from Leeuewenhof Academy. The event was part of the YouthMappers initiative and arranged to celebrate the National Youth Day in South Africa. A total of 55 learners participated in two events; 1) map a building on campus using ClassiCube, and 2) participate in the Humanitarian OpenStreetMap Task (HOT) mapping dwellings in Mozambique for USAID. This event ran concurrently with another YouthMappers' event hosted by the Texas Tech University. For both of the mapping events (i.e. at UP and Texas Tech), approximately 15 000 edits were made on this task (http://goo.gl/qst7Vu).

The second event on 20 August was intended for school learners interested in studying geoinformatics. Various schools from around Gauteng were invited and 43 learners attended the event. The majority of learners were from various schools in Mamelodi, City of Tshwane, and even a couple of learners from KwaZulu-Natal and Limpopo attended the event. The day started with various short talks by UP staff members, current students and a professional from the industry that provided insight into what to expect after your degree. This was followed by a scavenger hunt during which the learners collected data on campus, and thereafter they used this data to create a map. This was repeated on 9 September with the TUKS Sport School’s Gr 11 geography students. The aim of this event was to provide the learners with some hands-on experience with geoinformatics.

CGIS would like to thank GISSA (Geo-Information Society of South Africa) for sponsorships transportation and lunch for the learners, and Esri South Africa for sponsoring prizes for the events. Lastly, we would like to express our gratitude to all the students that assisted with these events.

Click here to view the gallery from the three events. 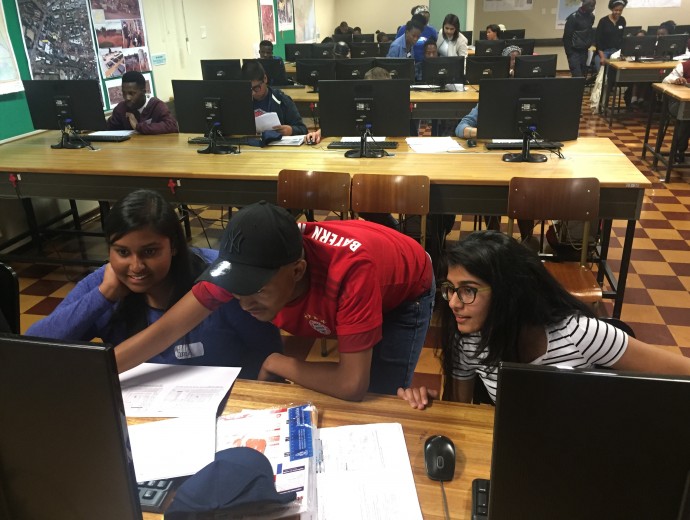