“The study of geography is about more than just memorizing places on a map. It’s about understanding the complexity of our world, appreciating the diversity of cultures that exists across continents. And in the end, it’s about using all that knowledge to help bridge divides and bring people together.”

YouthMappers is a global network of Student led chapters that participate and organize mapping activities. YouthMappers embodies this ideal of a global community that collaborate to better the world. On the 12th of May 2016 the University of Pretoria`s CGIS lab officially became an inaugural YouthMappers chapter.

Dr Brent McCusker, Associate Chair of Geography at the University of West Virginia visited the chapter and asked the students about their projects. He also invited students to use the network to futher their GIS carreers by applying for fellowships and grants.

The chapter plans to hold its first map-a-thon on the 16th of June 2016. This promises to be first of many events planned to engage the community and actively live out the YouthMappers slogan: “We do not just build maps. We build Mappers” 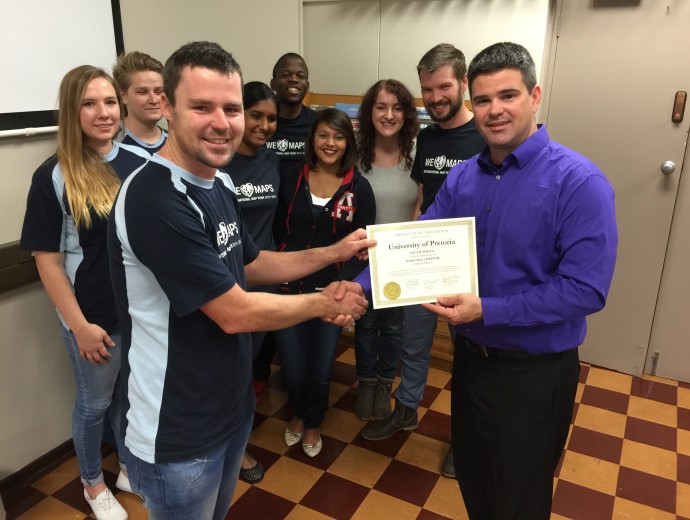