The open data quest movement has been rising in popularity over the last couple of months. The concept of an open data quest was started by SciBraai and Code4SA, it is a South African initiative that encourages individuals from various backgrounds to discover and use SA data to find interesting stories and create powerful visualizations. CGIS students and staff have been involved in two data quest events during October. The first was an internal event, MapLife, and secondly the National Data Liberation.

On 16 October, Geoinformatics students of the University of Pretoria participated in the MapLife event hosted by CGIS, Code4SA and Esri South Africa. During the event the students received a brief introduction of Esri Story Maps for local Esri expets. The remained of the day, participants mapped interesting stories using various data sets obtained from international data sources. Below are the story maps that were produced:

As part of the MapLife event, we also had a map folding competition, definitely not a lost skill. You can watch the video here. Sean Cullen was crowned the map folding champion of the day, as he was able to fold a standard A1 map in 12 seconds.

The National Data Liberation took place on 24 October and was hosted at the Innovation Hub by Code4SA, geekulcha and Open Data Durban. Three people from CGIS, Victoria Rautenbach, Tshepo Mahudu and Sean Cullen competed at the event with Nadia Oosthuizen (CSIR, Rhodes University) and Madi Hanekom (private consultant) as Team DataDevils. They used the 2013-2014 National  protest data to create a visualization of the impact of protests on three economic hubs in South Africa. The DataDevils team was awarded first prize for their visualization at the Pretoria event. 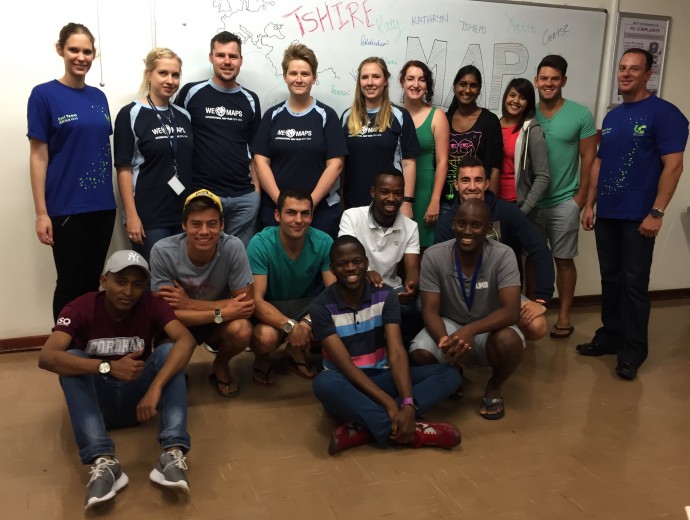