University of Pretoria (UP) researchers are mapping bird flight height in three dimensions (3D), using standard digital cameras, so that they can better understand how birds fly near tall structures like wind turbines.

This technology is known as stereophotogrammetry – researchers use photographs captured from at least three different perspectives to create a 3D representation of a scene using sophisticated software. Nicolas Prinsloo, a PhD student at the Department of Zoology and Entomology, is part of a research group led by Professor Nico de Bruyn that used photogrammetry to “weigh” elephant seals on Marion Island without touching them.

Prinsloo and researchers Martin Postma, Megan Coetzee and Peter Ryan are now using stereophotogrammetry to measure the flight heights of birds using affordable camera equipment, which is cheaper and simpler than previous methods.

“We’ve just published a study where we present a cost-effective method, and although the photogrammetry software we used can be quite expensive, it can easily be replaced by free alternatives,” says Prinsloo. “With our approach, you can set up your three cameras in an open field like a wind farm, and  measure how high birds fly near the wind turbines.”

To test the practicality of their photogrammetry method, Prinsloo and his team set up three cameras at the University of Pretoria’s LC de Villiers sports ground. The researchers used photogrammetry to measure the flight heights of birds flying through the sports field.

They compared the practicality and accuracy of the method against laser-based rangefinders on rugby poles and floodlights. Photogrammetry can capture many birds at once in a wide field of view, while a rangefinder has to be manually pointed at one bird at a time, which is tricky since it is a fast moving target, and they have to be tracked manually.

“Within 400 metres away, the precision of our method drops to within 1m, which is very similar to the laser-based rangefinder,” says Prinsloo. Thereafter, the image of the bird becomes too pixelated for accurate distance measurements.

But as commercial digital camera technology improves and becomes more accessible, Prinsloo says this pixelation limitation can be reduced in the future so that photogrammetry becomes usable for identifying species and measuring flight heights from farther distances.

“We can only foresee improvements in this method as all photogrammetric processes, including this one, are expected to ‘hitchhike’ advancements in commercial digital photography in accuracy and cost.”

Prinsloo, as part of Prof De Bruyn’s team, has demonstrated the usefulness and accessibility of photogrammetry in measuring bird flight heights.

Although he did not study blue cranes for this research paper, he foresees the technology being used in impact assessments to protect threatened birds like the blue crane and the vulnerable Cape vulture in areas where wind turbines may be built.

With this preliminary study, photogrammetry has just taken flight as an accessible method to understand how vulnerable different bird species are to tall structures that include wind turbines, solar towers and power lines. “This is a preliminary study that we plan to expand on to answer important ecological questions.” 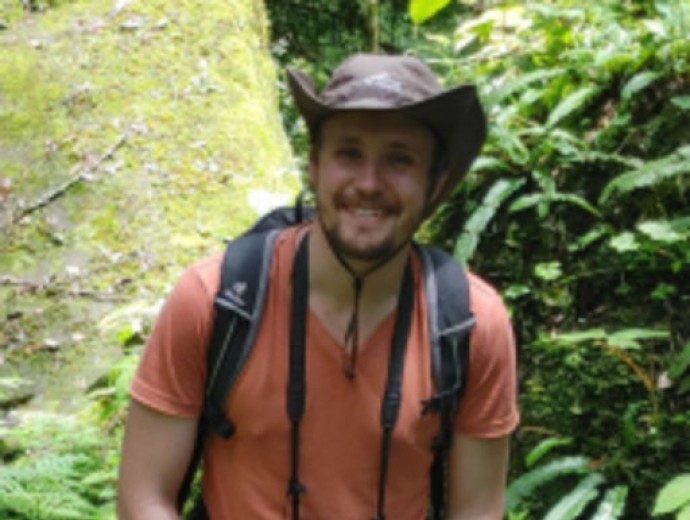