The Whale Unit of the University of Pretoria’s Mammal Research Institute (MRI) will be conducting their annual aerial survey of southern right whales from 30 September through to mid-October. This year celebrates the 50th anniversary of the aerial surveys, and the 40th year of consecutive photo-identification data collection. It is therefore one of the longest running datasets on any marine mammal worldwide.

The survey is flown annually between Nature’s Valley and Muizenberg at an altitude of approximately 300m and within 1km of shore using an Airbus H120B helicopter. Flying is usually only carried out under adequate survey / weather conditions between 08h00 and 16h00 as light and glare outside of these times compromises survey photography. During the survey, all encountered whale species will be recorded, but special focus will be given to encounters of southern right whales. As such, all southern right whale females with calves, as well as all individuals with distinctive brindle colouration or markings, will be photographed in order to allow individual identification. Vertical images of both the heads and the backs of the animals will be taken, which will allow recognition of the pattern formed by the wart-like callosities on their heads, and in some cases of the white and grey pigmentation patterns on their backs. Photography of each group usually takes less than five minutes, during which time the helicopter decreases in altitude to hover some 150-200m above the whales. Once sufficient photographs are obtained, the helicopter returns to 300m altitude to continue searching for whales, although in areas of high whale densities the aircraft may move directly from group to group at the lower altitude.

After the survey, the collected photographs and associated data are analysed. The best images of each individual will be selected from each encounter and compared to all other selected images from the 2019 survey as well as to the Whale Unit’s catalogue of identification photographs of just over 2,300 recognisable adults from the previous 39 annual surveys. Sorting of images is initially done using a computer-assisted image recognition system, followed by final matching of the whales by eye. These analyses allow for sighting histories of known individuals to be compiled and a subsequent investigation of individual movement and distribution patterns as well as the reproductive / calving histories of females. These data will then be used to further investigate the vital parameters of the population, including abundance estimation, population growth rate, survival, calving intervals, and age at first parturition (age at when a female has her first calf), which allows researchers to accurately model the population demographic parameters over the long term.

Despite a large number of calves present on our shores last year, this year numbers appear to be lower again. A preliminary survey was conducted in mid-August, indicating the presence of 131 females with calves and 26 unaccompanied adults, leading to a total of 288 southern right whales between Hawston and Witsand. This is considerably less than last year, and less than expected. In fact, sightings of southern right whales in their breeding ground haven’t been normal in the last couple of years. Within South Africa, sightings of females with calves decreased dramatically in 2015, 2016 and 2017 and increased above normal-levels in 2018. Sightings of unaccompanied adults (males and non-calving females) decreased drastically in 2010 and have not yet returned to normal levels. The exact reason for these enormous fluctuations in numbers is currently under investigation. Preliminary data strongly suggest that non-optimal feeding conditions in the Southern Ocean are resulting in poor energy levels which limits normal migration patterns and increases calving intervals (a female giving birth every 4 to 5 years instead of every 3 years). In this regard, the MRI Whale Unit is currently investigating the whales’ nutritional condition using overhead drone images, as well as the effect of climate change on the productivity of their feeding grounds. Similar trends have been observed in the breeding grounds of Argentina and Brazil, as well as in Australia.

Southern right whales received their name from the historic whalers who believed them to be the “right whale” to hunt, as they are predictable in distribution, generally slow swimming, and most importantly float when killed. Indeed, the species was heavily whaled in the past (particularly by the Moby Dick style foreign open-boat whaling fleets between about 1780 and 1835), and it reduced the global population from an estimated 70,000 - 80,000 individuals to a mere 60 reproductive females at the termination of right whaling in 1935. However, since their international protection in 1935, the three breeding populations (in coastal waters of Australia, Argentina and South Africa) have been increasing at about 6.5% per annum. Currently, the regional (southern African) abundance is estimated at just over 6,000 individuals, with a global population size of just under 15,000 individuals. Thus, one of the main objectives of the annual aerial survey is to monitor this recovery and the new challenges these whales face.

The MRI Whale Unit’s 2019 survey will be flown in association with Silvercross Aviation. It will be run with the support of the De Hoop Collection, Denel Overberg Test Range, and private citizens along the route. The survey is carried out under a permit from the Department of Environment, Forestry and Fisheries to approach whales and under specific Marine Protected Area permits from the relevant conservation authorities. Weather plays an important part in achieving the full survey coverage and flying will be required over weekends.

As this year celebrates the 50th anniversary of the aerial surveys, and the 40th year of consecutive photo-identification data collection, the MRI Whale Unit invites everyone to a celebration on 24 October 2019 between 5pm and 7pm in the municipal auditorium of Hermanus. Guest speakers include a welcome by Prof Andre Ganswindt, Director of the UP Mammal Research Institute . Prof Ken Findlay, Research Chair of Oceans Economy (CPUT) and previous head of the MRI Whale Unit will speak on the history of whale research in South Africa, and Dr Els Vermeulen, Research Manager of the Whale Unit, will provide information on the current research projects and results related to South Africa’s southern right whales. Our special visitor will be Mrs Maggi Best, wife of the late Prof. Peter B. Best, founder of the MRI Whale Unit and right whale research in South Africa. Drinks will be provided by Creation Wines.

You can also help and stay up-to-date with the status of our southern right whale research through our adopt-a-whale programme, in which everyone can join our community by symbolically adopting a whale. By doing so you will be supporting whale research and conservation in South Africa. All funds raised go to cover the costs of our fieldwork. For more information, please check www.adoptawhale.co.za

You can also follow our activities through our FB page https://web.facebook.com/MRIWhaleUnit 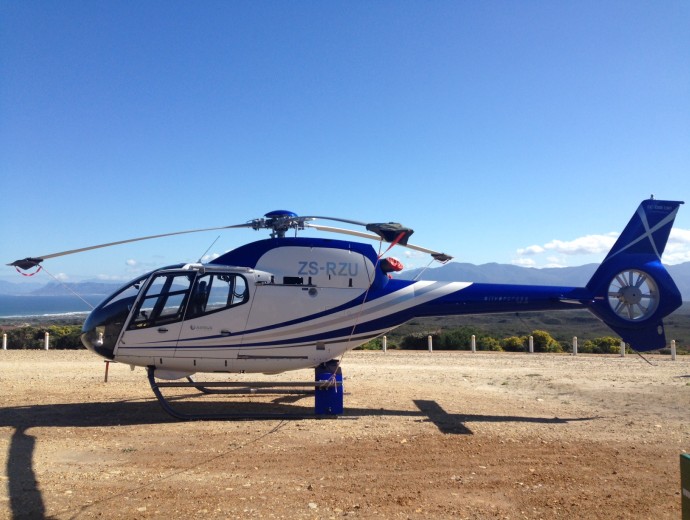