Emeritus Professor Marthán Bester, from the Department of Zoology and Entomology at the University of Pretoria (UP), was awarded the distinguished Gold Medal of the Zoological Society of Southern Africa (ZSSA) at the 39th ZSSA Congress held in Skukuza, Kruger National Park.

Prof Bester is fondly known as the "founder" of the UP Mammal Research Institute's Marion Island Marine Mammal Programme (MIMMP). He has been instrumental in the continuing presence of scientific researchers in the South African sub-Antarctic. His lifelong dedication to marine mammal conservation and research in the Southern Ocean and Antarctica is evidenced in his impressive publication record, supervision of students and capacity building of conservationists, field workers, students and colleagues.

"As I indicated during my acceptance speech at the occasion of the awarding of the Gold Medal of the ZSSA, I was taken aback by the award as it was totally unexpected, and I thanked the Council of the ZSSA, and those that nominated me for this award, from the bottom of my heart – not only because it rewarded my endeavour in my field of research and teaching, five years after my compulsory retirement, but also because a past student, subsequently a colleague, took it upon himself to nominate me. The award again vindicated the decision by the Faculty Appointments Committee to favour my application for a lectureship in 1996, when I and seven other Antarctic research officers at universities around the country were retrenched from the South African National Antarctic Programme. It also reflects on my appointment as a remunerated senior research fellow at the Mammal Research Institute from 2015 to 2017, subsequent to retirement," Prof Bester said when asked what this award meant to him.

He is an NRF-rated (B3) scientist and an emeritus professor and senior research fellow in the Mammal Research Institute (MRI) in the Department of Zoology and Entomology.

Prof Bester has authored/co-authored 233 peer-reviewed scientific papers in accredited journals, 12 in conference proceedings, six chapters and 18 species descriptions/topics for books, 25 technical reports and 48 non-reviewed articles. His current research focus is on the foraging ecology of Ross seals and Weddell seals in the Weddell Sea, Antarctica, and the population status, diet and ranging behaviour of sub-Antarctic fur seals at the Tristan da Cunha Islands, South Atlantic Ocean.

Read the citation at the following link: https://zssa.co.za/gold-medal/ 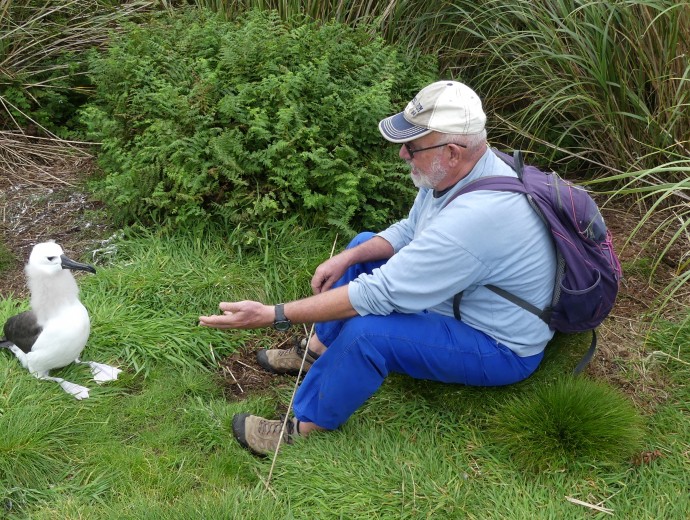