Scientists at the University of Pretoria (UP) and National Zoological Gardens of South Africa (NZG) predict that the arid western parts of southern Africa will lose much of its bird life by the end of the century as a result of climate change.

“Global warming poses a massive threat to arid-zone birds, with rising temperatures severely reducing the likelihood of birds being able to survive and reproduce in harsh desert habitats,” says UP zoologist Professor Andrew McKechnie, drawing on research by MSc student Shannon Conradie. Prof McKechnie holds the South African Research Chair in Conservation Physiology, which is hosted by the NZG and co-hosted by UP.

The research was published this week in the prestigious American journal Proceedings of the National Academy of Sciences. Findings show that the avian biodiversity of southern Africa’s deserts are under severe threat from climate change, and that this has a knock-on effect on the ecosystem.

“Birds provide a host of ecosystem services that include pollination, seed dispersal and insect pest control,” says Prof McKechnie. “The loss of bird species from large parts of southern Africa will jeopardise many aspects of ecosystem function.”

The study, of which Conradie is the first author, stemmed from a desktop project that synthesised information on bird physiology and behaviour collected over the past decade by members of the Hot Birds Project, a team of researchers from UP, the NZG and the FitzPatrick Institute of African Ornithology at the University of Cape Town. Most of the research took place in the Kalahari Desert in the Northern Cape, in the remote area between Van Zylsrus and Askham.

“We used physiological data for 11 species, ranging from songbirds to sandgrouse, doves and nightjars,” explains Prof McKechnie. “The behavioural studies from which we drew data focused on three species: the southern pied babbler, southern yellow-billed hornbill and southern fiscal. All three birds occur widely across southern Africa, with the southern Kalahari representing the hottest part of their ranges. To survive in the desert, all three depend on the presence of shady trees like camelthorns to which they can retreat on hot days.”

Prof McKechnie said previous studies on these species revealed the existence of threshold temperatures for the maintenance of body condition and various measures of breeding success. In the babblers, for instance, loss of body mass is associated with temperatures that exceed 36° Celsius.

“Multiple consecutive days above this temperature lead to progressive declines in body mass. Another example concerns hornbills, for which breeding success drops below 50% when the average maximum temperature during the nesting period is above 35° Celsius. This reduces the chances of the birds even trying to breed.”

In addition, hotter conditions during breeding periods increase the time that adults spend engaged in heat dissipation behaviours such as panting and resting in shaded sites. The consequent reduction in the rate at which parents provide food to nestlings then results in slower growth rates. This means that for species such as the southern fiscals, chicks remain in the nest longer than they would under cooler conditions, increasing the likelihood of predation by snakes or other nest predators. Chicks that do survive often leave the nest weighing less than they would under cooler conditions, with long-term negative effects for them.

In her study, Conradie mapped the exposure of birds to temperatures exceeding such thresholds under current climate conditions, as well as their exposure under conditions predicted for the end of this century within various climate change scenarios.

“Our findings mean that, unless urgent and concerted action is taken to combat climate change and slow current warming rates, arid regions worldwide are likely to lose large fractions of their bird biodiversity,” cautions Prof McKechnie. “There is already evidence of large declines in desert birds in parts of the American south-west, and our findings suggest that arid ecosystems around the world are likely to lose many of the bird species that currently inhabit them. The world’s deserts are centres of diversity for birds like sandgrouse, larks and bustards, and we predict that climate change poses a serious threat to all these groups.”

Although there may be some scope to mitigate the effects of rising temperatures – through management interventions such as providing waterholes and possibly the provision of shade at these waterholes – the only way to prevent large-scale losses of desert bird diversity is to slow climate change. Prof McKechnie believes the current loss of species and increasingly pervasive damage to the global environment poses a threat to human life.

“Rehabilitating the environment and slowing the rate at which the planet is warming requires a fundamental shift in priorities: the global economy needs to change from encouraging short-term growth and profits to ensuring long-term sustainability and environmental health.”

According to Prof McKechnie, some have made the argument that a global “wartime economy” is needed, meaning that the global economy should be restructured to combat the current environmental crisis in much the same way that the Allies reformed their economies during World War II in response to the threat posed by the Axis powers.

“Some countries seem to be recognising the danger,” he says. “In May 2019, eight European countries called for 25% of the European Union budget to be allocated to fighting climate change. Although individual actions such as switching households to solar power and using environmentally friendly modes of transport remain vital, the reality is that coordinated intervention on a global scale is required to avert catastrophic damage to the planet in coming decades.” 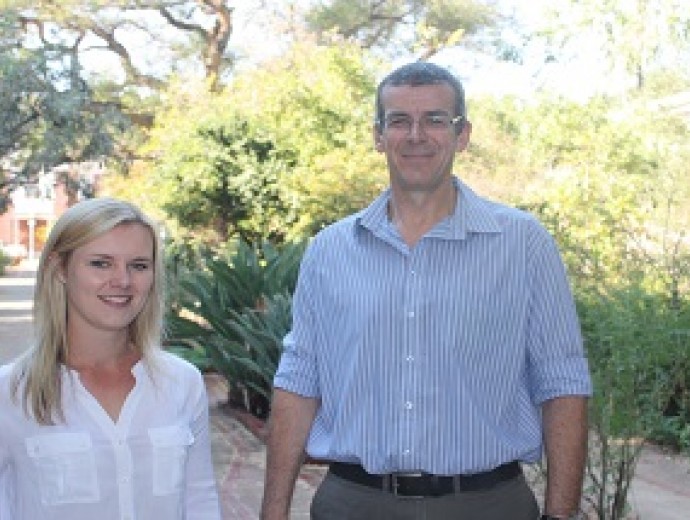