Wild spaces and the animals in them are disappearing at an alarming rate, according to the recent United Nations (UN) report on the extinction of species.

“What many fail to realise is that the current loss of species and increasingly pervasive damage to the global environment impacts us severely, being nothing short of an existential threat to humans,” says Prof Andrew McKechnie, of the Department of Zoology and Entomology and the South African Reseach Chair in Conversation Physiology at the National Zoological Gardens.

Published by the UN’s Intergovernmental Science-Policy Platform on Biodiversity and Ecosystem Services, the report was compiled by 145 experts from 50 countries, and is the most comprehensive of its kind yet. It states that one million animal and plant species are threatened with extinction – in fact, many will disappear within decades – and that the current global response to this crisis is insufficient.

This is not just an environmental issue either; it’s a developmental, economic, security, social and moral one: the loss of biodiversity and ecosystems will aggravate poverty, hunger and sickness; water will become increasingly unusable; and temperatures will continue to rise.

While the report states that it is not too late to avert the impending collapse of natural systems, “transformative change” is needed to restore and protect what has already been damaged. Rehabilitating the environment, using nature sustainably and slowing the rate at which the planet is warming require a fundamental shift in priorities.

“The global economy needs to change from encouraging short-term growth and profits to ensuring long-term sustainability and environmental health,” says Prof McKechnie, who also holds the Research Chair in Conservation Physiology at the National Zoological Gardens of South Africa. This shift is not only vital for the environment but is key to the well-being of humans and to meeting many of the UN’s Sustainable Development Goals that relate to poverty, hunger, health, water, cities, climate, oceans and land.

Although eight European countries have recognised the state of danger that we are in – calling for 25 percent of the European Union budget to be allocated to addressing climate change – averting catastrophic damage to the planet in the coming decades requires co-ordinated intervention on a global scale.

Prof McKechnie illustrates how dramatic an effect climate change can within a short period. “In Australia, extreme heatwaves have caused disastrous mortality events in which large numbers of individuals died from lethal heat stroke or dehydration within a matter of hours. In January 2009, thousands of wild budgerigars died at a site about 500 km north of Perth; in November 2018, a severe heatwave in Cairns killed 23 000 spectacled flying foxes ­– about a third of Australia’s entire population of this species – in just two days. These kinds of events underscore the potential for future extreme heat events to drive species extinct within a matter of days.”

The effects are also being felt in our neck of the woods. Current research on southern yellow-billed hornbills in the Kalahari Desert, which Prof McKechnie is involved in, suggests that higher summer temperatures are severely affecting the breeding success of this population. “Our models for hornbills and other Kalahari species concur with the UN report and predict that by the end of this century, the Kalahari will have lost much of its avian biodiversity as a direct consequence of climate change.”

Other direct drivers of extinction include changes in land and sea use, direct exploitation of organisms, pollution, and invasive alien species.

Prof Chris Weldon, Associate Professor of Entomology in the Department of Zoology and Entomology at UP, recognises the impacts of changes in land use. “Many insects that perform important functions such as pollination, seed dispersal and the breakdown of dead and waste matter are on the decline because of their loss of habitat,” he explains. “The increase in human populations and urbanisation as well as the intensification of agricultural practices and pesticides are destroying these little creatures that help to secure a thriving environment.”

In South African game reserves large mammals are becoming increasingly isolated in small fragmented populations found in these protected areas. “Not only are these fragments under increasing pressure from illegal hunting, alien plant invasions, insufficient funding and climate change, but they also need to be artificially managed to overcome the lack of natural dispersal of the plants and animals from them,” says large-mammal expert Prof Michael Somers, who is also the Eugène Marais Chair of wildlife management at UP’s Mammal Research Institute in the Faculty of Natural and Agricultural Sciences.

“As a result of land use change, native and/or sensitive species are often not able to persist and are excluded, often by more competitive species, in many cases non-native, invasive species,” adds Dr Mark Keith, also of the Mammal Research Institute. This is altering the natural densities of species in communities; this eventually alters and decays ecosystem functions in that area. “The concern is that we do not fully understand community structures and what certain species do in a system to allow for current system functioning, integrity and resilience.” Loss of function and/or resilience creates an unstable system, which leads to the possibility for a system to change without ever regaining its previous state and ecosystem function. Species extinction is just one result of this change.

In his recent inauguration speech, President Cyril Ramaphosa said: “Let us preserve our natural resources for future generations, as we work with greater purpose to end the human destruction of our world.” And while he pledged to “build a South Africa we all want and deserve,” individual action and world leadership is vital to conserve the planet and prevent the looming existential threat that faces us.

While we wait on world leaders to make responsible decisions and implement sustainable environmental policies, we can all make small changes in our daily lives to bring about positive change, advises Prof McKechnie. Switching households to solar power, using environmentally friendly modes of transport and recycling are just a few practices that can have a significant impact on the planet. 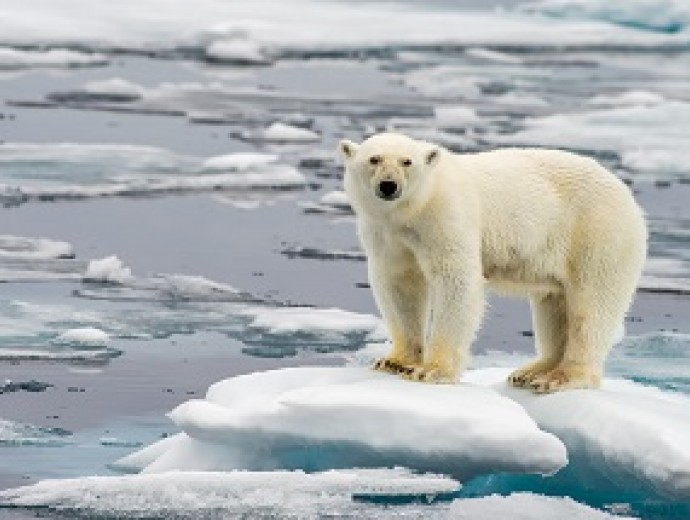