Anything to declare? UP makes a move to protect South Africa’s borders from invaders

A vast number of people and goods from across the world enter South Africa through its points of entry on a daily basis. Along with these people and goods, it is without question that a high volume of tiny living organisms enters the country as well. Organisms like flies and mosquitoes carry diseases that are harmful to plant, animal and human life. The potential threat that some of these organisms may pose to the country needs to be considered. Border security is therefore essential to ensure that these invasive species and their diseases do not become established in South Africa.

Prevention is better than cure, but in a country with limited resources designated to border control inspections, Ms Katelyn Faulkner and Prof Mark Robertson from the Department of Zoology and Entomology at the University of Pretoria, developed a model to prioritise inspections aimed at preventing biological invasions. This model also makes the process of inspecting cargo and luggage more efficient.

In countries like Australia, very strict border control requirements are in place and travellers have to declare for inspection all food, plant material, animal products and recreational equipment to ensure they are free of pests and diseases. A large amount of resources goes into these inspections. Typically, inspections are based on the number of organisms that enter the country from other countries and border control targets people, cargo and luggage from countries from which a high number of organisms enter. Ms Faulkner notes that while it is all good and well to target entrants from high-volume countries, many organisms entering a country will never be able to become established in the destination country owing to the vastly different environments of the two countries. Focusing on the number of organisms coming into a country should therefore not be the only focus, and attention needs to be paid to whether the organisms coming in will be able to survive.

Ms Faulkner and Prof Robertson's model emphasises that certain inspection strategies work better than others. Based on climate matches, the model gives priority to organisms that have the potential to survive and become a real problem. Ms Faulkner explains: “By prioritising countries with similar climates and with which trade is high, optimal impact is attained.”

Climate matches will obviously change with the seasons, which needs to be considered when prioritising inspections. South Africa receives a lot of tourists and trade from Europe, for example, where weather patterns are significantly different for most of the year, implying minimal chance of survival and establishment of organisms.

Ms Faulkner and Prof Robertson's research focused on stowaway species, which are living organisms that enter accidentally in, for example, the luggage of tourists or shipping containers. It should be noted that, while this study focused only on stowaways, these do not constitute all unintentional introductions. Stowaway species include anything from mosquitoes and flies, to snails and rats. It is often small organisms that have the potential to have the most devastating consequences, as they often carry diseases. Fruit flies are a major stowaway threat because not only can they cause massive damage to fruit, but they can also have a major impact on trade, resulting in economic losses for a country.

Ms Faulkner and Prof Robertson hope to visit the inspectors at OR Tambo International Airport soon to discuss their method of prioritisation. This research forms part of Ms Faulkner's PhD, under the supervision of Prof Robertson, Prof Mathieu Rouget (University of KwaZulu-Natal) and Associate Professor John Wilson (Stellenbosch University). 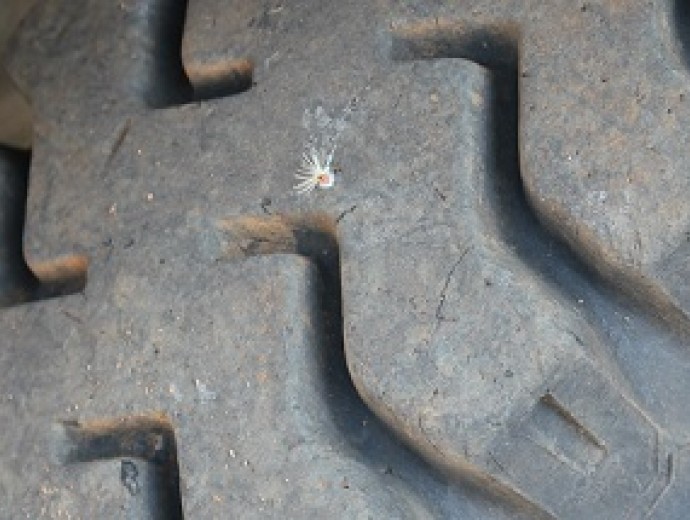