Insects as an alternative food source

According to the World Bank, land, biodiversity, oceans, forests and many other forms of natural capital are being depleted at an unprecedented rate and, unless we change how we grow our food and manage our natural capital, food security will be at risk, especially for the poorest people of the world. Current data suggests that the world needs to produce at least 50% more food to feed an estimated 9 billion people by 2050. This dire situation is compounded by the fact that the effects of climate change could diminish crop yields by more than 25%. It is therefore vital that we start thinking about alternative sources of nutrition for the world’s ever-growing population.

According to Dr Yusuf Abdullah, a postdoctoral researcher at the Department of Zoology and Entomology at the University of Pretoria, a large variety of insects are relatively easy to grow and are highly nutritious as well. As a matter of fact, in many societies across the world, people traditionally eat a wide variety of insects on a regular basis, both cooked and raw. It is actually only in Western countries that people tend to steer clear of eating insects. Dr Abdullah says that introducing insects into our diet however, could provide a solution to a multitude of problems, including the shortage of viable agricultural land that is required for traditional agriculture, such as raising livestock and planting crops.

The TV programme Living land, a popular production by SABC Education that deals with all things agricultural in South Africa, recently featured Dr Abdullah, as well as other scientists from the University of Pretoria, in an episode on alternative sources of nutrition.

Click on the link below to watch the programme. 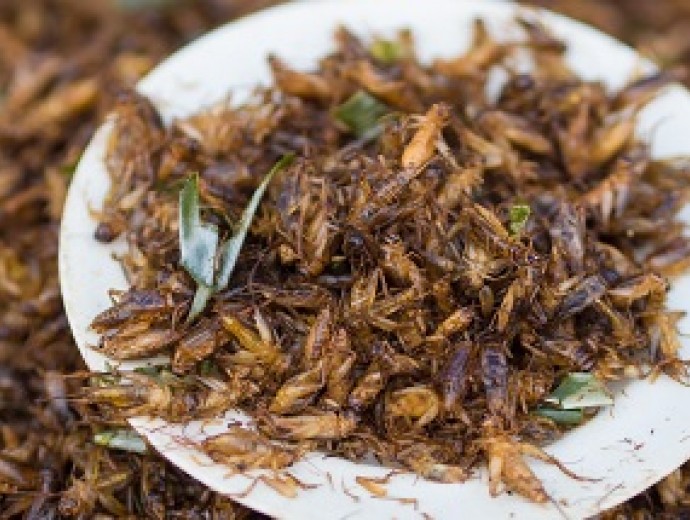