UP RAG Ambassadors is a programme that calls for all students who feel that they represent what UP RAG stands for. UP RAG Ambassadors are people who have committed themselves to giving and mobalising other students to do the same.

Let's meet our Top two UP RAG Ambassadors for 2019.

Greetings to whomever might have been given the opportunity to read through my story. I am Ntswaki Francinah Arlaat and I am currently studying Biological sciences at the University of Pretoria. Apart from being a full time enthusiastic student, I serve as an executive manager of an NPO that I founded in 2016. My NPO is called Hands of Warmth and is aimed on giving out clothes, non-perishable products, sanitary products and stationary to the orphans world-wide. However, my team and I are currently operating in Limpopo. The projects we ran have been quite a success ever since the year 2016. I found passion in reaching out and giving back to the community because I know what it means to be less privileged. There is a lot to tell about all the events that took place, but I just want to keep it brief.

In 2018 I was introduced to the initiative called UP RAG and I knew immediately that I have to take part in it. Later in August I became one the RAG ambassador’s contestants, I did not obtain the first position but I am glad I made it to the finals. I took a chance again this year and I have invested all my faith in it. From April till July I served the community for more than 103 hours. Placing boxes in different Tuks residences and collecting them after every week. I have been spending all my weekends washing and ironing clothes. Took a chance on raising funds through making fat cakes back at home. Not forgetting preparing refreshments on the days that our events took place. With that being said, I am still hoping to get some funds. Thank you

Next up, we have Michelle Kefilwe Mohlala

I am Michelle Kefilwe Mohlala. I am 23 years old and I was born and bred in Soshanguve where I also currently reside. I am a 4th year Bachelor of Education student for senior phase and Future Education and Training (FET). I am also a model and I participate in pageants. My modelling journey started in 2009 and but came to a temporary halt from 2010 to only resumed in 2018.

As of today I hold 7 titles; I have participated in several fashion shows; and have judged several pageants. One title that is close to home is being the very first Miss Education of which I was crowed early this year. A part of my modelling career that is dear to me is that I do not only get to do what I love, but I get to give back while doing so. I have been involved in several community outreach initiatives that were mostly a product of the pageants that I have participated in.

As a model I have had to, and still have to correct the misconceptions people have about beauty pageants as well as about beauty ‘queens’. Beauty pageants are often seen as platforms for women to showcase their physical appearance and compete on who is more aesthetically appealing than the other… This is farfetched from the truth and a misconception I want to correct.

At the heart of beauty pageants, is the desire to make a meaningful contribution to society. This has often been in a form of community outreach projects or initiatives, among other things. One of the biggest beauty pageant that exists- Miss Universe, encourages its participants to contribute meaningfully to their countries and refuses to crown someone who does not give back to society.

When approached to be RAG ambassador it was both a privilege and an honour because I was asked to be an ambassador of something that is dear to me- giving back. Looking back, community outreach initiates have not only positively impacted the lives of those whom the deeds were directed to, but my life as well. They have created an internal fulfilment that only comes from doing to others what you would like them to do to you. It has also opened my eyes to see that my contribution is necessary and that even the smallest of contributions, may make a difference in someone’s life. 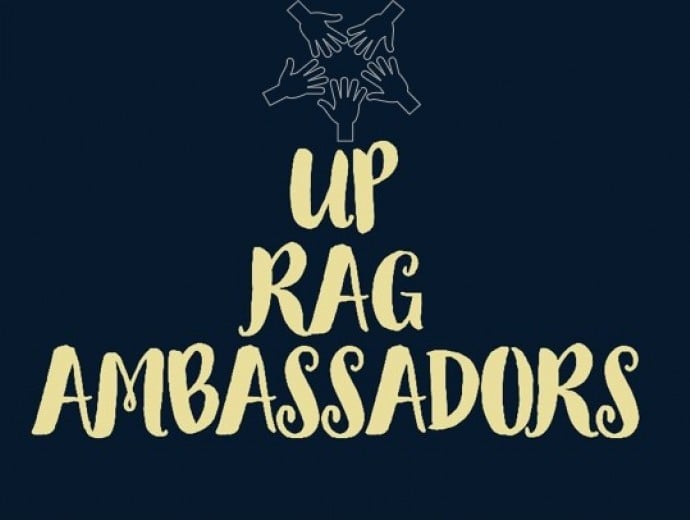