The University of Pretoria Institute for Sustainable Malaria Control (UP ISMC) was awarded a Bill & Melinda Gates foundation grant to develop and deliver a leadership and management training course to support the malaria elimination agenda, starting in 2022.

The grant, which is valued at about R13 million, will focus on course development and delivery in the Elimination 8 (E8) countries, the malaria response arm of the Southern African Development Community (SADC),  over the next two years. Building capacity will ensure sustainability.

The Institute partnered with leadership and management experts from UP’s Gordon Institute of Business Science (GIBS), Albert Luthuli Leadership Institute (ALLI), and Albertina Sisulu Executive Leadership Programme in Health (ASELPH). GIBS will partner with the UP ISMC to develop, deliver and manage the course, while the more technical and practical modules will be conducted in collaboration with stakeholders like the National Institute for Communicable Diseases, National Department of Health, Clinton Health Access Initiative, E8, and the South African Medical Research Council.

The course consists of three modules: Science of Leadership and Effective Management; Evidence-based Decision-making; and Science of Malaria and Malaria Elimination. Year one of the course will be totally virtual. “Training methods will include an online learning and blended approach, interactive leadership engagement sessions through workshops, and online coaching with experts in various fields,” said Professor Tiaan de Jager, Director of the UP ISMC. “Year two will incorporate the same methods but will be slightly different by bringing in a face-to-face experience of the malaria-focused module at UP’s Future Africa Institute, delivered through [email protected]” On completion of the course, participants will receive a certificate of competence with credits, which some participants can put towards higher degrees and diplomas.

“Malaria remains a global public health concern,” Prof De Jager added. “In 2019, more than 229 million malaria cases were reported worldwide, with the highest occurrence in the African region (94%). In 2017, the World Health Organisation declared that no significant progress had been made in reducing global malaria cases between 2015 and 2017. Novel interventions and a transdisciplinary approach that utilises the coordinated expertise of stakeholders from different backgrounds are more pertinent than ever to achieve elimination.”

The eight countries to benefit from the course form the E8 initiative, which comprises the frontline four – Botswana, Eswatini, Namibia and South Africa – and second line – Angola, Mozambique, Zambia and Zimbabwe. This coalition works across national borders with the aim of eliminating malaria in southern Africa by 2030. The course will make use of a phased approach, with participants from the frontline four countries in addition to Mozambique in year one, and participants from all eight countries in year two.

Limited leadership and management skills in SADC NMCPs and the extreme interconnectedness of the region – shared related populations, economies, ecologies and epidemiologies – are major challenges.

“The achievement of malaria elimination in the SADC region depends on NMCPs being capacitated with a transdisciplinary, appropriately skilled team of leaders, managers, implementation scientists and facilitators capable of developing and applying effective evidence-based elimination strategies,” Prof De Jager said. “The region has not benefited from routine training offered to NMCPs in West and East Africa – we aim to address the gap with this course. By focusing the training on the SADC region, specifically the E8 countries, we are hoping to highlight both the challenges that interconnectedness poses to malaria elimination and how this can be harnessed for more effective malaria control across the region.”

At least 50% of course participants need to be female in order to build female capacity within the NMCPs; this is in line with the Bill & Melinda Gates foundation’s focus on gender equality. “The NMCPs have limited numbers of women in senior and middle management positions,” Prof De Jager said. “We aim to recruit women within these NMCPs to receive training to enable them to transition to more senior positions where possible.” Women participants will be paired with women mentors who have achieved success in the science, technology, engineering and mathematics arena to help upskill participants in various aspects, such as achieving a work-life balance and how to succeed in male-dominated workplaces.

“We are looking forward to this exciting new chapter for the institute,” Prof De Jager added. “The leadership and management training course for impact in malaria eradication will address a lack in critical capacity in the SADC region and become another tool, in a toolbox full of innovative strategies to strengthen the fight against malaria.”

“GIBS is proud to be associated with this very important cause where a transdisciplinary team can make an impact on building capacity in leadership and management that could help the SADC region towards malaria elimination,” said Dr Morris Mtombeni, Dean of GIBS. 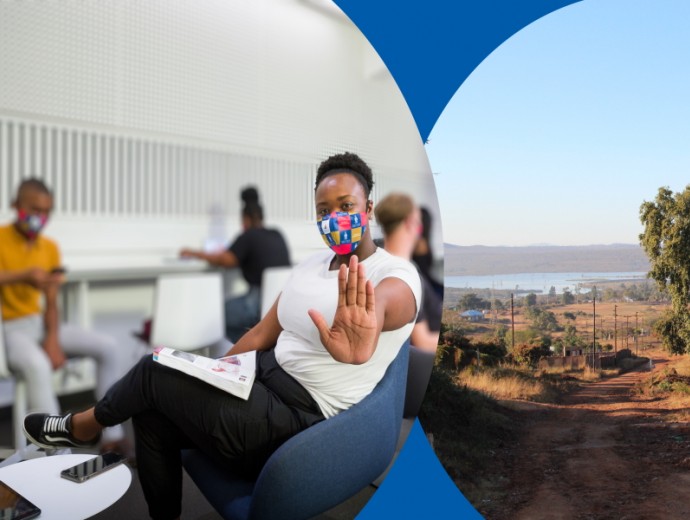