World Tourism Day is celebrated on 27 September 2017 and this year the theme is 'Sustainable Tourism — a Tool for Development'.

The world has a finite supply of natural resources in the form of commodities like gold or oil. This means that the developmental potential and the likelihood of wealth entering communities from these activities are also limited. However, South Africa has the potential to bring economic growth to communities through sustainable tourism initiatives. Therefore, the training of high quality, knowledgeable tourism practitioners is vital to the industry.

The Department of Historical and Heritage Studies (DHHS) in the Faculty of Humanities at the University of Pretoria prides itself as being one of the few South African tertiary institutions that offer a three-year degree in heritage and cultural tourism, as well as post-graduate degrees at honours, master's and doctoral level. Students are taught to consider their future roles in the sustainable use of our natural and cultural resources as tourism practitioners. According to Prof Karen Harris, Head of the Department of Historical and Heritage Studies, the Department has produced more than a hundred postgraduates specialising in the field.

In 2012, the National Department of Tourism (NDT) approached the DHHS with a request for the two departments to collaborate 'in building capacity in both the public and private sector'. This resulted in the signing of a memorandum of understanding between the departments where the DHHS would undertake research commissioned by NDT. The ultimate goal was to develop sustainable tourism. The first project that was successfully completed by the DHHS investigated cross-border tourism, particularly tourism in the Southern African region. The potential for harmonising tourism between South Africa and its six neighbouring countries was investigated by analysing the standing of tourism in terms of history, legislative status and development. A three-tiered, terraced structure was proposed to align tourism in the region for future development. In addition, a cross-border tourist guide training programme was created for existing tourist guides. This was part of an initiative to enhance the guiding profession and to ensure regional integration among Southern African Development Community (SADC) partners.

The DHHS was subsequently tasked with the development and roll-out of an online course for the SADC region, starting with a pilot for the Namibian-South African corridor. This course commences in October 2017 and addresses aspects such as cross-border guiding, technology, and lateral knowledge about natural landscapes, history, economy and industry, culture, heritage and language. It will be presented by Hannes Engelbrecht in collaboration with Enterprises University of Pretoria. The current Director-General of the National Department of Tourism, Mr Victor Tharage, heralded this as 'the first step towards the vision of a regional training hub for tourist guiding'. An African souvenir boutique on the side of the road near Camps bay, South Africa

The second project resulting from the MoU relates to destination development in South Africa and focuses specifically on the creative industries. This study investigated the tourism potential of the South African film industry. Research showed that this was the most successful and potentially sustainable link between the creative industries and tourism. The combined impact of the South African film industry is becoming more visible on the international film scene, while South Africa is also becoming a filming location of choice in terms of its diverse landscapes, technical skills and affordability. The combination of these factors bodes well for future investment from both the public and private sector. Research also showed that film as the most influential creative industry could be used to advance tourism by including lesser known areas, thereby presenting a more diverse view of South Africa's tourism product. Studies also proposed the adoption of international best practice for the development of film tourism products by the local film tourism industry. The studies also suggested a number of ways in which the development of film tourism could enhance other creative industries by harnessing an inherent multiplier effect.

The current project embarked on by the DHHS was suggested by the former Minister of Tourism, Mr Derek Hanekom. This entails a policy review of the tourist guiding sector. Apart from analysing the origin and history of tourist guiding within South Africa in terms of its legislation and practise, the study is also aimed at identifying gaps, recommending solutions and developing more innovative ways to enhance the tourist guiding sector by offering more efficient training and accreditation, but also making it socially more inclusive. This is in line with the vision of the current Minister of Tourism, Ms Tokozile Xasa, namely to ensure that tourism rises and that the people of South Africa rise with it.

In collaboration with the National Department of Tourism, the DHHS is taking the lead in ensuring that sustainable tourism is indeed a tool for development. According to Prof Harris the heritage and cultural tourism graduates, as well as the NDT projects that the DHHS is involved in, promote methods and models of sustainable tourism which have the potential to develop the economy and grow local industries and communities. 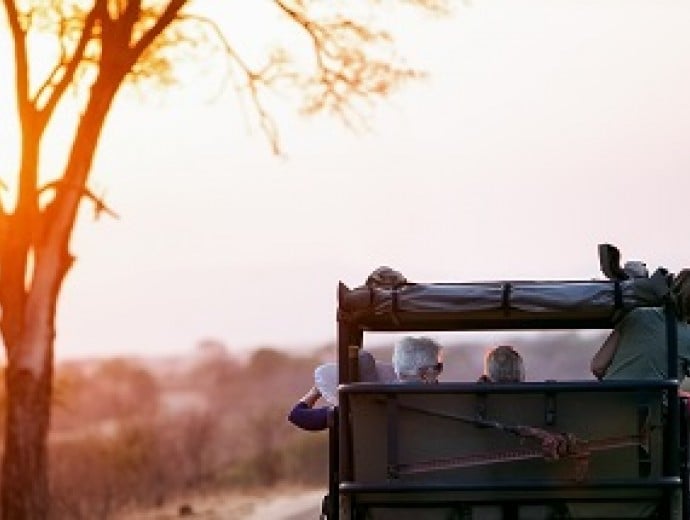