Prof Magnus Killander, an international human rights and comparative constitutional law researcher at the University of Pretoria’s world-renowned Centre for Human Rights in the Faculty of Law, believes that South Africa needs to overhaul and relook many of its municipal by laws which criminalise poverty, begging and homeless people.

“In many cities in South Africa begging and sleeping in the open is prohibited. Hawking goods or providing services is restricted. Many of these by-laws are rarely enforced while others are enforced to provide a sense of security among the privileged by removing undesirable persons from the streets. Action against the poor is often presented as being taken in their interest; the homeless should live in shelters, beggars should find employment. But it is through the action against them that many lose their livelihood and what little they own. Clearly more could be done to assist the vulnerable. However, criminalisation is not a solution”, says Prof Killander. According to research conducted by Prof Killander, colonial laws have been used as a basis for our current municipal by-laws and these laws have a history of being used for social control of the poor, who have throughout history been viewed as a threat to the elite. “We have maintained anti-poor provisions in municipal by-laws by criminalising loitering, street vending, begging and homelessness from colonial and apartheid-era legislation, which municipalities have decided to keep alive despite their discriminatory nature in a deeply unequal society. These laws have their origins in English vagrancy laws, in particular, the 1824 Vagrancy Act which criminalised poverty. In the past, those guilty of vagrancy or begging were often put to work in working colonies or poor houses. Today, fines are the most common penalty, with a sentence of imprisonment for those who cannot pay the fine. However, the main effect of turning survival strategies into offences is not a fine but the risk of arrest and confiscation of property”.

“This applies to ‘loiterers’ and those forced by circumstance to sleep in the streets. These poor persons are made criminals through municipal by-laws. The extent of enforcement of such by-laws varies from municipality to municipality, but the objective is to create sanitised public spaces in the name of security”, says Prof Killander.

In order to allow people to survive in a country with levels of inequality as vast as in South Africa, many people are forced to beg because of a scarcity of jobs or the initial capital required to begin informal trading or hawking. But local regulations place many restrictions on these activities making them often illegal according to the local municipal by-laws. Many of these by-laws violate our constitution. Constitutionally, municipalities can pass by-laws on their own for their needs without further or higher legislation being required for them to base their legislation on, as long as the laws the municipalities make are within their functional areas of competence according to the Constitution. But, the laws which criminalise homelessness, loitering, begging and hawking clash with the inalienable constitutional rights of all South Africans to dignity, non-discrimination, and freedom of trade and movement. Prof Killander’s research shows that the Local Government: Municipal Systems Act 32 of 2000 is only focussed on procedure and not the substance of by-laws.

Furthermore, according to Prof Killander, “These by-laws infringe on several rights in the Bill of Rights. These provisions target particular groups and, therefore, infringe on the right to equality before the law, they discriminate on the basis of poverty and they infringe on the right to dignity. Many people risk arrest simply by trying to make ends meet. This infringes on the prohibition of arbitrary arrest. Criminalisation also puts those targeted at risk of public and private violence and confiscation of their often meagre property. Criminalisation further infringes on the right to privacy, the freedom of movement and the freedom to choose ones trade or profession freely. The social exclusion that causes the perceived need for this type of legislation constitutes an infringement on the right to housing and the right to social security”. Hawking and begging are some of the only means that people have for their survival. Criminalising these people not only infringes on their rights but also chokes up an already backlogged criminal justice system. Prof Killander says that, “Many by-law revisions have neglected to sufficiently consider the impact these laws have on the poor and simply just updated the language of earlier by-laws. Municipalities must revise by-laws based on constitutional values. This may not be very popular given the association in the popular mind between the ‘vagrant’ and crime, but where are genuinely poor people supposed to go to eke out a living in a country that doesn’t have a broad enough social security system to care for every need of its population?”.

“There is an international movement for the decriminalisation of petty offences. The African Commission on Human and Peoples’ Rights has adopted the Principles on the Declassification and Decriminalisation of Petty Offences in Africa. Given the atrocities of South Africa’s past, we are a nation that has a collective interest in human rights and we should look at ways to relook, repeal and revise discriminatory by-laws that criminalise poverty. Our most vulnerable in society also deserve their right to dignity”, says Prof Killander. 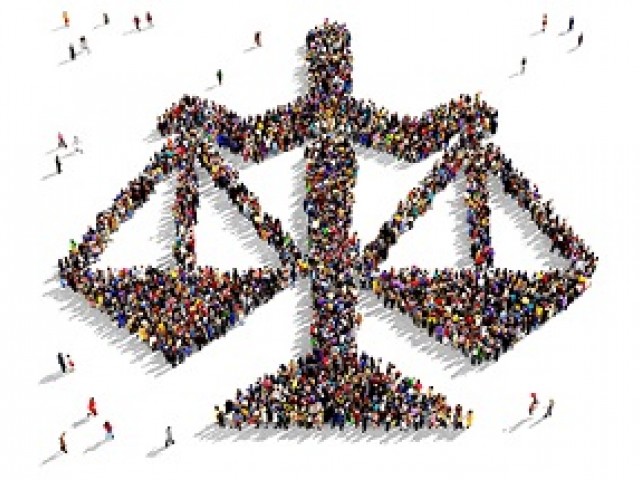