The recent UP discovery of a novel compound holds so much promise that some of the world’s leading scientists and pharmaceutical companies want to get involved in its future development. Dr Candice van Wyk and Dr Francien Botha, of the School of Dentistry and the Phytomedicine Programme of the Department of Paraclinical Sciences respectively, managed to isolate a compound from the plant extract of a common tree in South Africa that is proving to have miraculous anti-fungal properties. The compound is showing particular effect in treating fungal infections like candidiasis, an infection that often targets immune-compromised people.

This project began in 2009 when Van Wyk started her doctoral studies under the supervision of Botha and co-supervision of Prof Kobus Eloff. Van Wyk’s area of focus was the oral cavity and finding natural remedies for fungal and bacterial infections. Botha has always believed in the importance of sharing knowledge to attain optimum results. Collaboration between the Health Sciences and Veterinary Science Faculties was therefore a favoured choice.

By testing the plant extract of the Ptaeroxylon obliquum, a tree indigenous to Southern Africa commonly known as the sneezewood tree, Van Wyk managed to isolate a pure compound – a unique find considering the method of testing used. With much patience and commitment to the study, Van Wyk and Botha, with the help and collaboration of the late Prof Vleggaar of the Department of Chemistry at UP, determined the structure of the compound using 1D and 2D NMR spectra. The structure exhibited a chemical shift characteristic of a novel compound. The compound was named obliquumol because of its origin in the Ptaeroxylon obliquum tree. Obliquumol proved to have excellent anti-fungal activity against Candida albicans. Candidiasis, commonly known as thrush, particularly affects people with weak immunity. People suffering from HIV, TB, diabetes or cancer are among those who often get this fungal infection. Botha and Van Wyk recognised the potential value of its properties, and since the discovery the compound has been patented by UP (PA 154661P).

In April 2014 Botha and Van Wyk enrolled for the Fourth Annual South African Breweries Foundation Social Innovation Awards programme as well as the 2014 Gauteng Accelerator Programme in Biosciences. They attended the different workshops during 2014 and had to prepare several business plan documents, video clips and presentations that were presented to international judges at different times.

Their persistence and hard work were rewarded when they came second in the SAB Foundation Social Innovation Awards, winning R500 000 seeding money to continue the development of this novel compound, obliquumol. They were also awarded second place in the 2014 Gauteng Accelerator Programme (GAP) in Biosciences, winning another R300 000. The GAP Biosciences programme seeks to address the gap that exists between the prototype stage and the commercialisation stage in life science technologies. GAP Biosciences is organised by The Innovation Hub Management Company (TIHMC) in Pretoria, South Africa in collaboration with The Technology Innovation Agency and in partnership with Emory University, Atlanta, USA. TIHMC is a subsidiary of the Gauteng Growth and Development Agency (GGDA), which is an agency of the Gauteng Provincial Government’s Department of Economic Development (GDED).

These awards recognise innovators, enterprises and organisations that address developmental issues in creative and sustainable ways. The international judges included a group of organic chemists from all over the world who showed interest in synthesising a derivate of obliquumol.

Botha says the prize money will be used for cytotoxicity testing in animal trials in an attempt to develop a new, highly effective antifungal agent that can be used as an oral rinse/topical gel or even a new systemic antifungal agent. Further tests will also be conducted to investigate how other bacteria react to obliquumol. Local and international companies want to partner with the UP team to develop the compound into a commercially available antifungal agent. Several challenges, such as large expenses and patent rights, await the research team in further developing the compound. Because the intellectual property resides in the University, UP is considering its different options and choosing which countries to patent the compound in first. Toxicity testing, first in animals and then in humans, can take up to 15 years before it is approved for use as medicine in humans. Approval will then have to be sought from the Medicines Regulatory Authority (previously, the Medicine Control Council) of South Africa and the US Food and Drug Administration (FDA) to commercialise a natural product as medicine. These challenges, however, do not detract from the exciting fact that this UP discovery could lead to the first antifungal agent coming out of South Africa.

Perhaps it is Botha’s motto, ‘What is the use of years of experience if it is not transferred?’, that has led to achievements such as this. Botha believes it is more important for young researchers at the beginning of their careers to receive acknowledgement because that creates a love for and an eagerness to continue research. Botha has successfully led Van Wyk and other students to win 21 prestigious research awards. These awards have given students great international exposure and opportunities. On receiving an international award, one student said: ‘I started out as an embryo and Dr Botha let me hatch into a scientist.’

Botha is also proud to be a part of the Phytomedicine Programme in the Paraclinical Sciences Department. The programme is upgrading its laboratory facilities in order to accommodate and continue the world-class research that it has produced under Prof Eloff, the previous leader of the programme. Under the new leadership of the dynamic and young Prof Lyndy McGaw, who has been involved in the programme since 2002, the programme also intends to concentrate on more collaborative research with other departments and universities involved in the same areas of study. Botha says the Phytomedicine Programme is flooded with interest from national and international students wanting to further their studies there.

With researchers of such commitment and expertise discovering remedies in the natural world, and now with some of the world’s leading scientists supporting their research, the Phytomedicine Programme is finally receiving the recognition it deserves. This research discovery is also proof of the efficacy of cross-faculty collaboration and sharing knowledge. 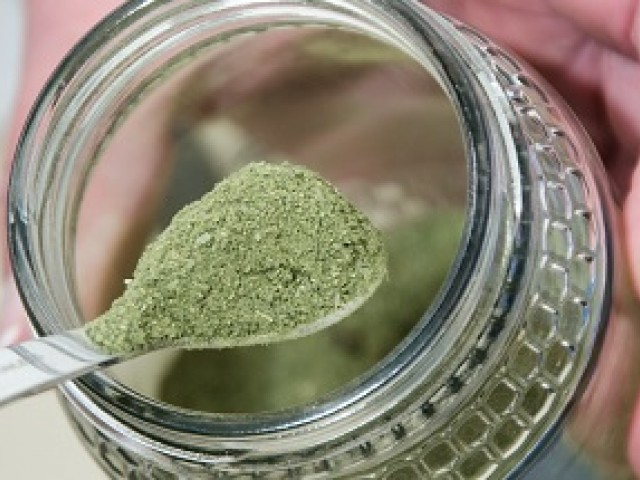