The Great Karoo – a refuge for the trapdoor spider

The Karoo stretches 400 000 square kilometres over the provinces of the Eastern, Northern and Western Cape. Its vast, open semi-desert landscapes offer a sense of escapism and nothingness, guaranteeing peace and tranquillity for anyone who visits.

The Karoo stretches 400000 square kilometres over the provinces of the Eastern, Northern and Western Cape. Its vast, open semi-desert landscapes offer a sense of escapism and nothingness, guaranteeing peace and tranquillity for anyone who visits.

The Karoo stretches 400000 square kilometres over the provinces of the Eastern, Northern and Western Cape. Its vast, open semi-desert landscapes offer a sense of escapism and nothingness, guaranteeing peace and tranquillity for anyone who visits. This peace is disturbed by the fact that the Karoo is regarded as a development area of South Africa, and international discussions are being had around shale gas exploration (commonly known as fracking), farming, mining and renewable energy infrastructure. Unfortunately, very little is known about the Karoo’s biodiversity and how such developments would impact this vast area.

The Karoo BioGaps project, led by the South African National Biodiversity Institute (SANBI), is a collaborative effort involving a number of institutions and a range of experts across the country. This project aims to advance the scientific understanding of valuable Karoo ecosystems, their sensitivities, and which habitats should be prioritised in order to contribute to informed decision-making when it comes to development. The team conducted detailed surveys on 12 representative taxonomic groups in areas targeted for shale gas exploration, and gathered interesting information on plants, mammals, fish, birds, amphibians and reptiles, as well as six invertebrate groups including bees, dragonflies, grasshoppers, scorpions, butterflies and spiders.

The University of Pretoria (UP) got involved with the BioGaps project in 2017, conducting detailed surveys on trapdoor spiders found in the area. This part of the project was led by Robin Lyle of the Agricultural Research Council.

Thirty sites were visited in two weeks, covering the entire area that is being considered for fracking. Prof Catherine Sole and Dr Ian Engelbrecht from the Department of Zoology and Entomology at UP shared their expertise and focused on gathering as much data as possible on the trapdoor spiders of the Karoo. This research also formed part of an honours project conducted by Ms Shannon Mitchell. The UP researchers found many species that had not been recorded before and decided to take their project a step further by identifying processes driving biodiversity in the Karoo region. They looked at the DNA of trapdoor spiders to find patterns and determine how different populations were related to each other from an evolutionary perspective. They also tried to establish whether any other factors could be identified that were driving these patterns.

As Dr Engelbrecht explains, the important point this research brings to the conservation is that these patterns and processes can assist in identifying hotspots of evolutionary diversity and bio-geographical barriers that might not be picked up in a general study of species distribution.

The DNA studies suggest that there could be many more undiscovered trapdoor spiders in the area. ‘If these patterns hold true for more than just spiders, the Karoo becomes even more interesting from an environmental point of view, and needs to be conserved,’ says Prof Sole.

When identifying new trapdoor spider species, it is the males that need to be analysed. Females are morphologically conservative, making it difficult to tell species apart, says Dr Engelbrecht. Females live in their silk tubes in the ground, without any evolutionary driving force causing them to diverge. Males look different because they leave their burrows in search of a mate. They need to develop strategies that will increase their chances of being chosen by a female to reproduce, while avoiding becoming her prey.

Relaying some of their discoveries, Prof Sole and Dr Engelbrecht note the incredible adaptive abilities of trapdoor spiders. One particular species has a defensive technique whereby it makes a side tunnel leading to a small chamber, branching off the main vertical tunnel. It keeps a little ball of dried-out mud – similar to a marble – in its chamber. If any threat enters the vertical tunnel, the spider uses the ball to block the side tunnel, keeping itself safe from the enemy.

The sampling process is delicate work, but once the top layer of soil is scraped from the surface, finding the hidden trapdoors becomes easier. The spider then has to be carefully dug out of its tunnel. Because the soil is so hard, digging 30 centimetres into the ground is rather labour intensive. Meticulous care must be taken not to hurt the spider.

Conservation of trapdoor spiders is important for a number of reasons. They are an ancient group of animals that are also said to be very long-lived, with some reports saying they can live up to 40 years. They reproduce very slowly as well and do not disperse very far. Furthermore, they are susceptible to habitat disturbance and destruction. As noted, they are important in assisting in the identification of broader evolutionary processes.

Fracking and other developments have the potential to cause serious disturbance to the biodiversity of the Karoo. Because the area is so arid and has been degraded by extensive livestock farming, some scientists believe ecological restoration in the Karoo would take over 60 years.

Given the current pressures the environment faces – with infrastructure development and habitat destruction, as well as realities such as climate change – projects like these are extremely important in determining areas suitable as refugia. Refugia are locations where species can take refuge – areas that support a population of a once-widespread species. Refugia can be detected by analysing the DNA of organisms, like the trapdoor spider, that have a small habitat range. This gives insight into where refugia might have been in the past, which in turn aids in determining key areas that should be conserved. A lack of refugia exacerbates the threat of a species’ extinction.

*Prof Sole is a molecular biologist working on DNA on a wide range of invertebrates. Dr Engelbrecht’s main focus areas include primitive spiders, such as baboon spiders and trapdoor spiders. 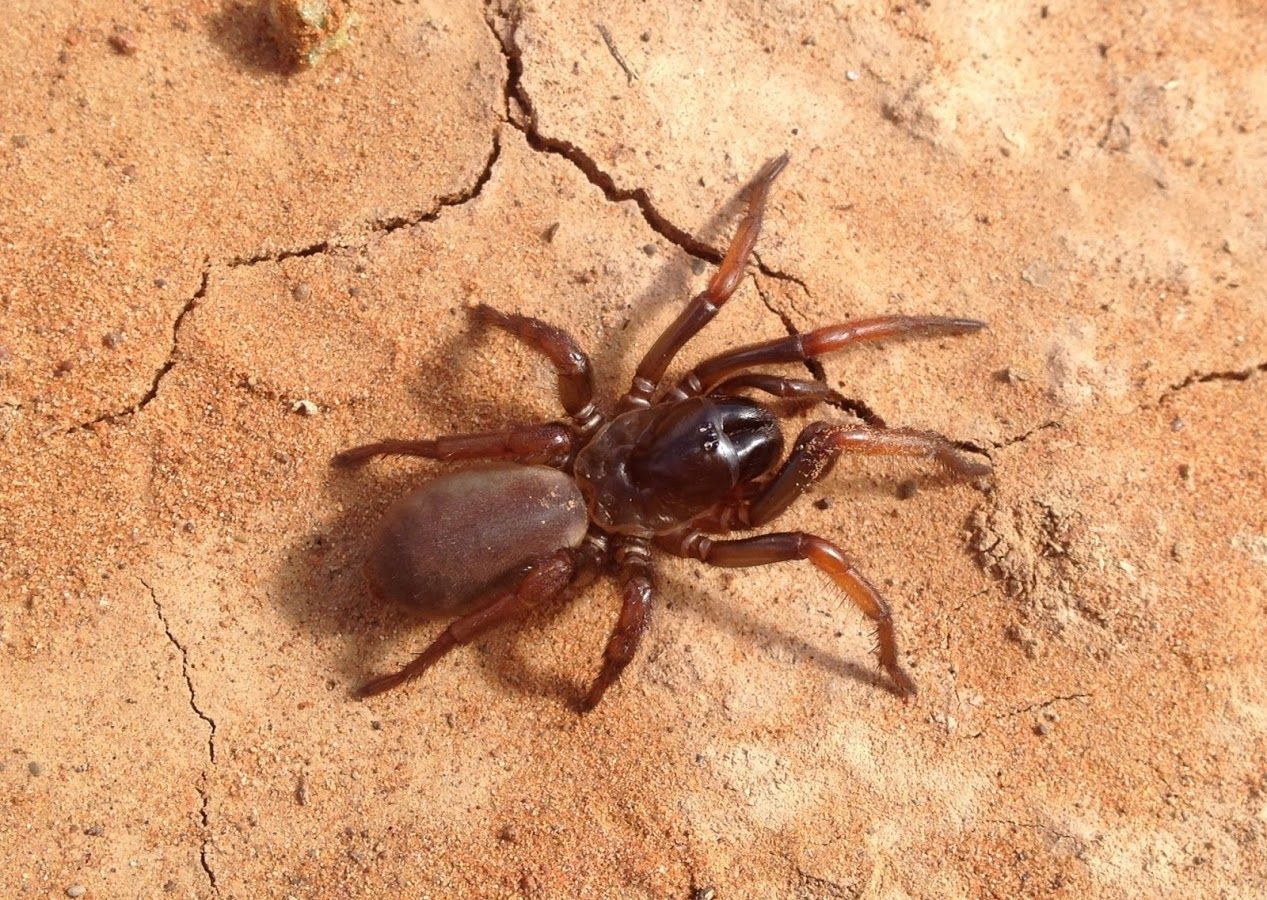 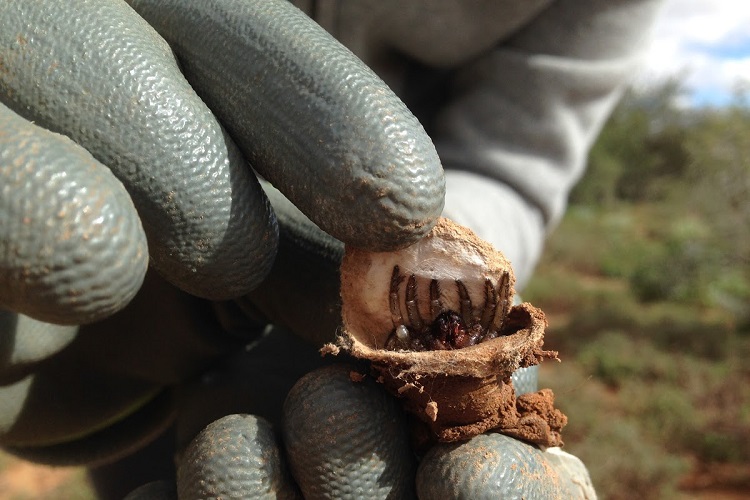 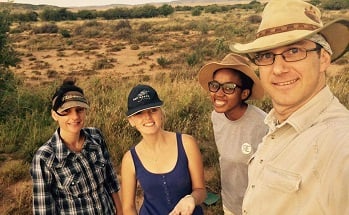 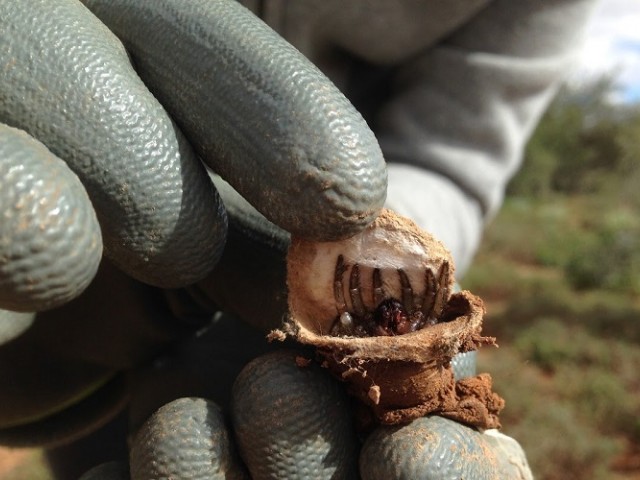