A local bacteria that grows around plant roots could help SA farmers save money by improving maize yields and reducing crop water stress.

A local bacteria that grows around plant roots could help SA farmers save money by improving maize yields and reducing crop water stress. According to researchers at the University of Pretoria’s (UPs) Department of Plant and Soil Science, this environmentally-friendly agricultural solution is almost ready for commercial use.

Associate Professor Nico Labuschagne has been studying indigenous rhizobacteria for several years, and says that his team has just scraped the surface of the benefits that these beneficial bacteria can have for African agriculture.

“Globally, we are moving towards more environmentally friendly agriculture and away from the hard chemicals that have been used in the past,” says Labuschagne. “My research into plant growth promoting rhizobacteria (PGPRs) forms part of that movement.”

In a recent paper, Labuschagne and colleagues report that by treating maize seeds with a specific rhizobacterium species before planting, they can increase the yield of maize plants by up to 35%. This treatment also reduces plant stress caused by water scarcity, and makes phosphate (a key element of most fertilisers) in the soil more accessible to the plants.

Rhizobacteria can do this by colonising the roots and root zone (or ‘rhizosphere’) of plants as they grow. The rhizobacteria feed on chemicals emitted by plant roots (called root exudates), and in return they help to promote plant growth or defend the plants against pests and diseases.

The ability of this rhizobacterium to make phosphate accessible to plants is very important, according to Labuschagne. Phosphate in soils is often in a form that can’t be absorbed by plant roots. The solution until now has been to dose fields with increasing volumes of chemical fertilisers, which has led to a looming ecological crisis caused by toxic fertiliser runoff polluting streams and dams.

“Our idea is to reduce chemical fertiliser doses by 25%, which will benefit the farmer and the environment,” he explains. “We’ve seen that these rhizobacteria will promote growth even at reduced fertiliser doses.”

Labuschagne says that the PGPR group at UP has a pipeline for discovery and testing of rhizobacteria strains, and are looking at using these versatile bacteria for many different applications.

“We have a large collection of rhizobacterium strains, which have been collected from South African soils. Masters and PhD students test these strains for biocontrol or plant growth activity; the best strains are then tested in the greenhouse and finally in field trials.”

“We feel that indigenous strains are better adapted to our conditions, so they have an advantage over imported strains,” he says.

The PGPR group has already taken several other rhizobacterial products to market - usually in partnership with a private company, and managed by UP’s Contracts and Innovation Office. They already have a PGPR-based fertiliser on the market, and are busy patenting several bacterial strains for biofertilisers and biocontrol of major agricultural diseases.

The group is working on a strain to control wheat crown rot; Phytopthera root rot in avocado trees; and root knot nematodes in soy beans, tomatoes and carrots.

“It’s a long process; we’ve been working with some of these strains for almost ten years. Some are at the stage of patent application, and some are being commercialised right now, about to be launched on the market.”

This research, Seed treatment with selected plant growth-promoting rhizobacteria increases maize yield in the field, was recently published in the scientific journal Annals of Applied Biology. 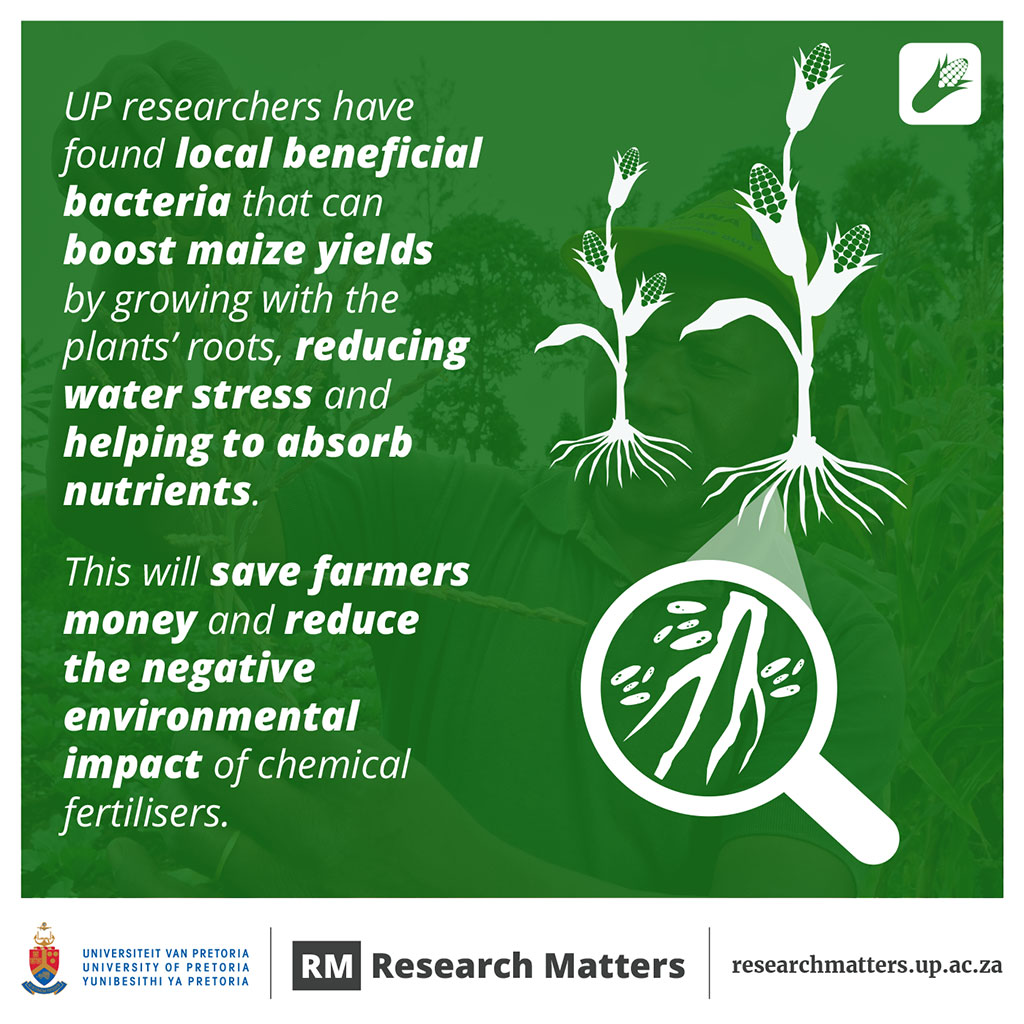 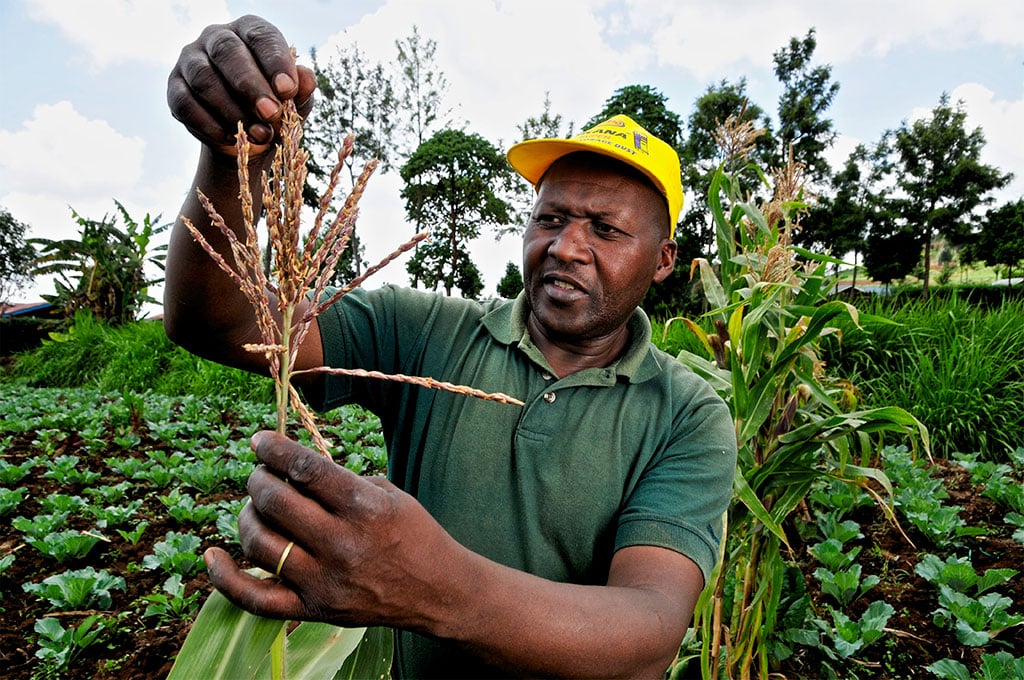 Maize farmers will soon get a helping hand from local bacteria, thanks to research at UP’s Department of Plant and Soil Science. 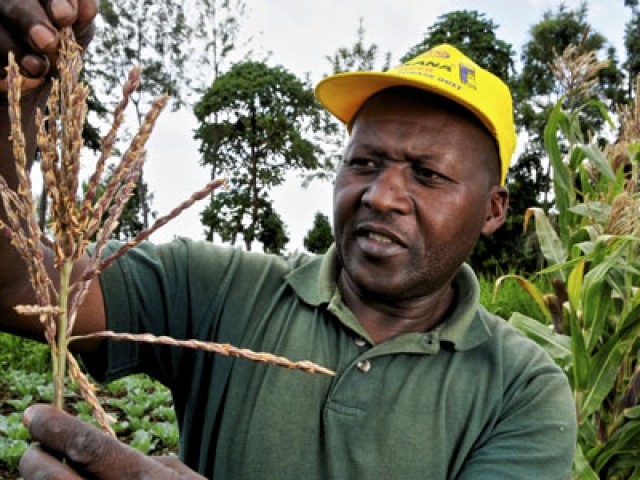