Groups of whales in the hundreds astonish experts

Whales off the south-western coast of South Africa are behaving in a new way, prompting experts in the field to ask more questions about these giants. Humpback whales have started to change their normal feeding behaviours,

Whales off the south-western coast of South Africa are behaving in a new way, prompting experts in the field to ask more questions about these giants. Humpback whales have started to change their normal feeding behaviours, forming never-before-seen supergroups of hundreds of individuals.

“This is a behaviour that we haven't seen anywhere else in the world. It seems to be unique to this region,” says Professor Ken Findlay, lead author of a paper recently published in PLOS ONE. “Previously I would have expected a big group of humpback whales to be 15 to 20 animals, but now we are seeing groups of up to 200 individuals.”

Professor Findlay is the former director of the Whale Unit of the Mammal Research Institute in the Department of Zoology & Entomology at the University of Pretoria. Findlay, an expert in the field of whale research, is so astonished by this apparently new behaviour that he has examined historical records to find clues that might explain it.

Humpback whales are one of many species whose numbers were decimated by the whaler’s harpoon, and have long been monitored to track their recovery. Findlay believes that this new behaviour might be something that has always occurred, but whale populations had been so depleted that these supergroups were just no longer visible.

On a typical day in the field, professor Findlay and his project partners from South Africa’s Department of Environmental Affairs set out on a boat to research individuals in groups of up to 20 individuals. They identify individual whales by photographing “mug shots” - individual colouration of the underside of their tail flukes that serve as a unique fingerprint. It was on one of these cruises that they discovered these so-called supergroups.

This new behaviour has brought up fresh questions in the field that researchers are determined to answer.

“The question then becomes why? What changed to cause these animals to now feed in such large aggregations?” Findlay asks. “There must be a change in their ’trophic ecology’: Somewhere in the food chain there has been a change, that allows these animals to congregate here at this time of the year.”

Answers to these questions are important for the management of ocean systems and the conservation of the species. Fortunately, humpback whales appear to be recovering very rapidly.

One explanation might lie with the zooplankton the whales feed on in the region, which was previously fed on by sardines and anchovy. Findlay hypothesises that the removal of these species through overfishing might have made prey available for the whales.

“We have some idea as to when these super groups occur, because they are occurring with regularity and close to the shore” he says. “I see them while driving to work.”

The Whale Unit will continue searching for answers to the questions that have been raised by this new behaviour. They hope to reveal previously unknown secrets about the lives of these ocean giants. 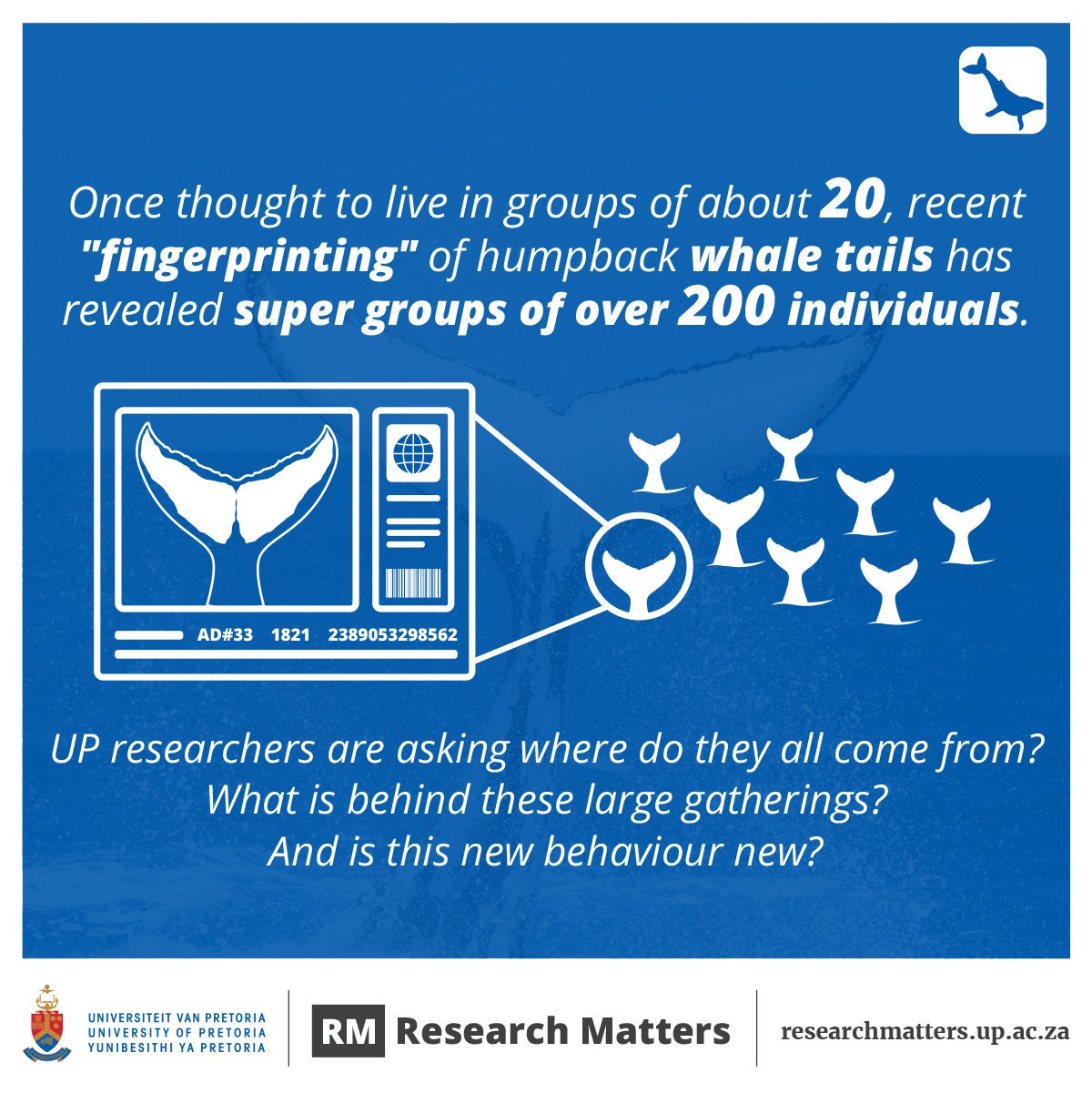 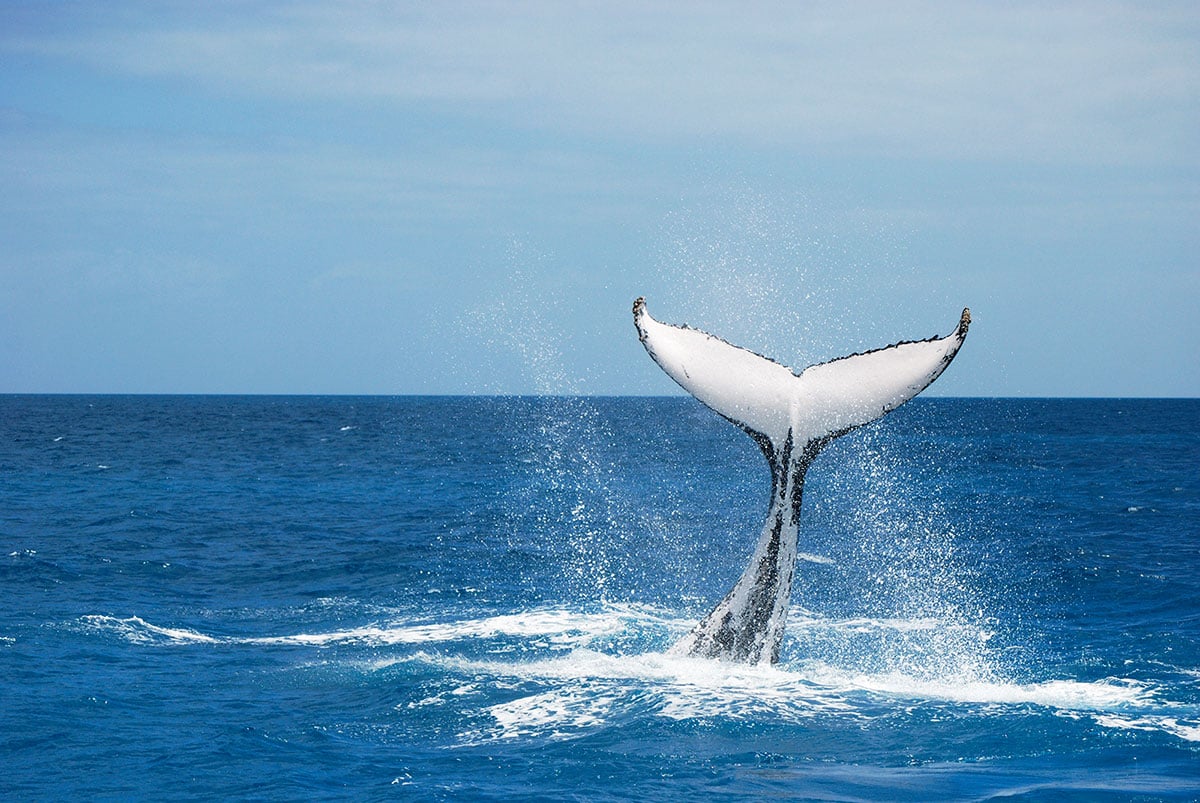 Using unique tail markings as a guide to identification, scientists at UP have found groups of up to 200 humpback whales feeding off the southern coast of Africa. 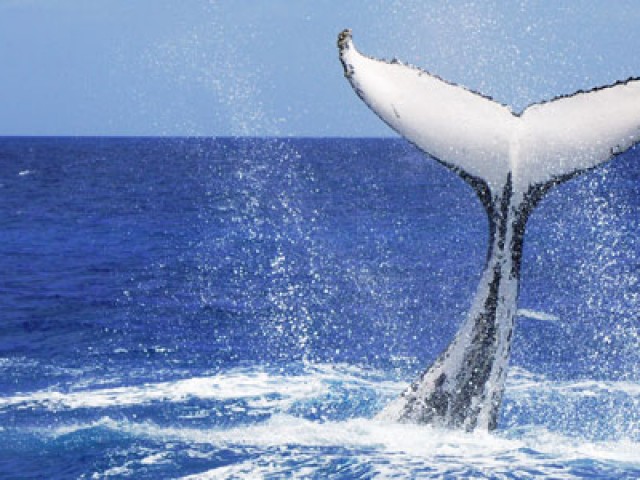