The time to be innovative is now!

'Be creative and forge your own future in ways never explored before. Be a leader and create your own new job description like that of the "Education Evangelist" at Google. The timing for being innovative is perfect – in the past you may have been burnt at the stake for having a non-conventional idea or view, but today people are hungry for novelty – the quest is on for "disruptive technologies" which change the way in which things are done.'

These inspiring thoughts were shared by Prof Patricia Forbes at the annual Outstanding Achievers Function for students of the Faculty of Natural and Agricultural Sciences (NAS) in May.

Prof Forbes, an associate professor in the Department of Chemistry, was the guest speaker at this prestigious function. She developed an educational spectrophotometer (the SpecUP), which students can assemble from a kit and use to generate analytically useful results.  In 2014 she received the Chemical Education Award of the South African Chemical Institute (SACI) for this project, which has been rolled out to numerous institutions throughout Africa. In 2015 the project was also awarded the prestigious international Wharton QS Reimagine Education Award for Presence Learning. In 2016 she was the recipient of the University of Pretoria's Teaching Excellence and Innovation Laureate Award.

Finally, she encouraged the undergraduate students present at the event to explore the numerous exciting opportunities which are available regarding postgraduate studies and to take up the challenge in this regard. 'The world is your oyster and the options which your future holds are wide.'

Liezl Ferreira continued her excellent achievements from the previous years. This year she was honoured to be the recipient of the Vice-Chancellor's and Principal's Medal for excellent undergraduate academic achievement as the best student in the Faculty, with a weighted average performance of more than 92, 18 % over her three years of study. She also won the Discovery Holdings Prize and the Outsurance Prize. Last year she was the number one student on the Dean's Merit list, with an average of 93% and scooped up most the awards (four) at the event. The Dean especially mentioned all the candidates who received their doctoral degree during the recent autumn graduation ceremony and announced that they will also be included in the Dean's Merit List.

All the photos of the event is available at http://www.up.ac.za/en/faculty-of-natural-agricultural-sciences/gallery/view-2281262-2016-nas-top-achievers 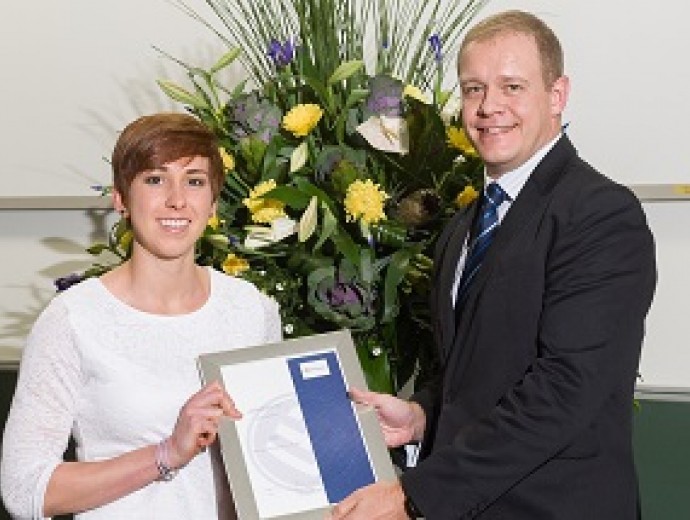