Courtney Gehle, a third-year BSc Geography student in the Department of Geography with a special interest in Climate Change and Environmental Sustainability recently had the opportunity to be part of the United States (US) Leadership Programme and visit Paris and the US.

During Courtney’s visit to Paris at the end of 2015, she was selected as one of eight people to coordinate the drafting of a youth resolution on climate change at the eleventh annual Conference of the Youth (COY11), an official conference of the United Nations Framework Convention on Climate Change (UNFCCC). COY11 brought 2 000 young people aged between 18 and 30 years together over three days last year to critically discuss issues relating to climate change and subsequently to  draft a youth resolution on climate change. The delegates were divided into eight working groups corresponding to different topics and Courtney was selected to coordinate the Youth Inclusion in Climate Legislation Working Group. This Youth Resolution was used by Francois Hollande, French president, Laurent Fabius, French Minister of Foreign Affairs and President of the COP21, as well as Ahmad Alhendawi, United Nations Secretary-General's Envoy on Youth in the negotiations at COP21.

“The Faculty of Natural and Agricultural Sciences and the Department of Geography, Geoinformatics and Meteorology sponsored my trip and without their support I would never have had that absolutely incredible experience”, said a grateful Courtney.

She was also fortunate enough to be one of four South African-, and one of twenty Southern African leaders to be selected by the US State Department for a fully sponsored cultural and educational leadership exchange programme earlier this year. The programme is called Study of the US Institutes for Student Leaders on Civic Engagement. During the programme participants spent a month at the University of Nebraska - Lincoln for the educational, leadership and community service aspects of their trip.

“The highlight of my time in Lincoln was having the opportunity to experience Barack Obama giving a live speech! We then had a weeklong study tour to Alabama and Washington DC. In Alabama we followed in the footsteps of Dr Martin Luther King Jr on the civil rights trail. In Washington we met with representatives from the State Department as well as US Congressman Jeff Fortenberry”, an elated Courtney concluded. 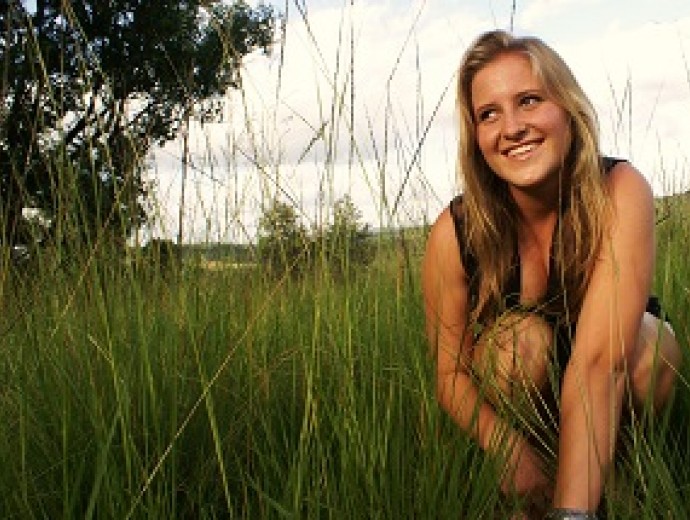