The 2015 Meteorology Honours class conducted a field experiment in the mountains and valleys around Haenertsburg in Magoebaskloof. They were accompanied by Rosario and Michael Douglas (retired from NOAA) who have been responsible for many large field experiments in North and South America. The emphasis was on identifying mesoscale phenomena such as valley breezes. Thermometers were placed at different heights in the valleys and hills, some were exposed and others were in areas covered by vegetation. A theodolite was used to track helium filled balloons. Wind strength and direction can be calculated by knowing the azimuth and elevation of the balloon. It was not all work as there was time for some fun: like a pap cooking competition and marshmallow eating. 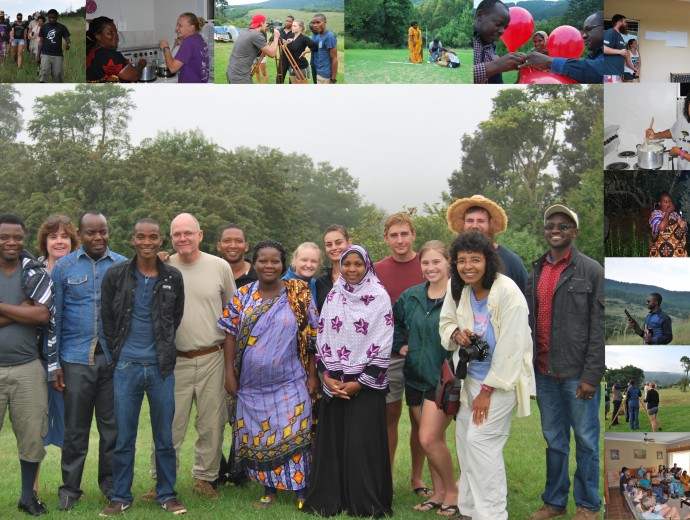