One of the compulsory undergraduate modules, Community-Based Project, of the Faculty Engineering, Built Environment and Information Technology entails that students have to work at least 40 hours in the community and thereafter reflect on their expeirences.

A group of students, which consisted of Jean Meyer, Ruan Boer, Justin Nieuwoudt, Alto Roos, Rickus van der Walt, Sarel Maré and Werner Khats, decided to do something that would get a community in the 2010 FIFA World cup spirit. They then decided to help Phuthaditshaba Primary School, next to the informal settlement in Atteridgeville. They ended up restoring their goal posts and building two new 7-a-side goal posts. They had barely finished it when the learners started to play. They enjoyed giving something back to the community of Atteridgeville while using their skills. 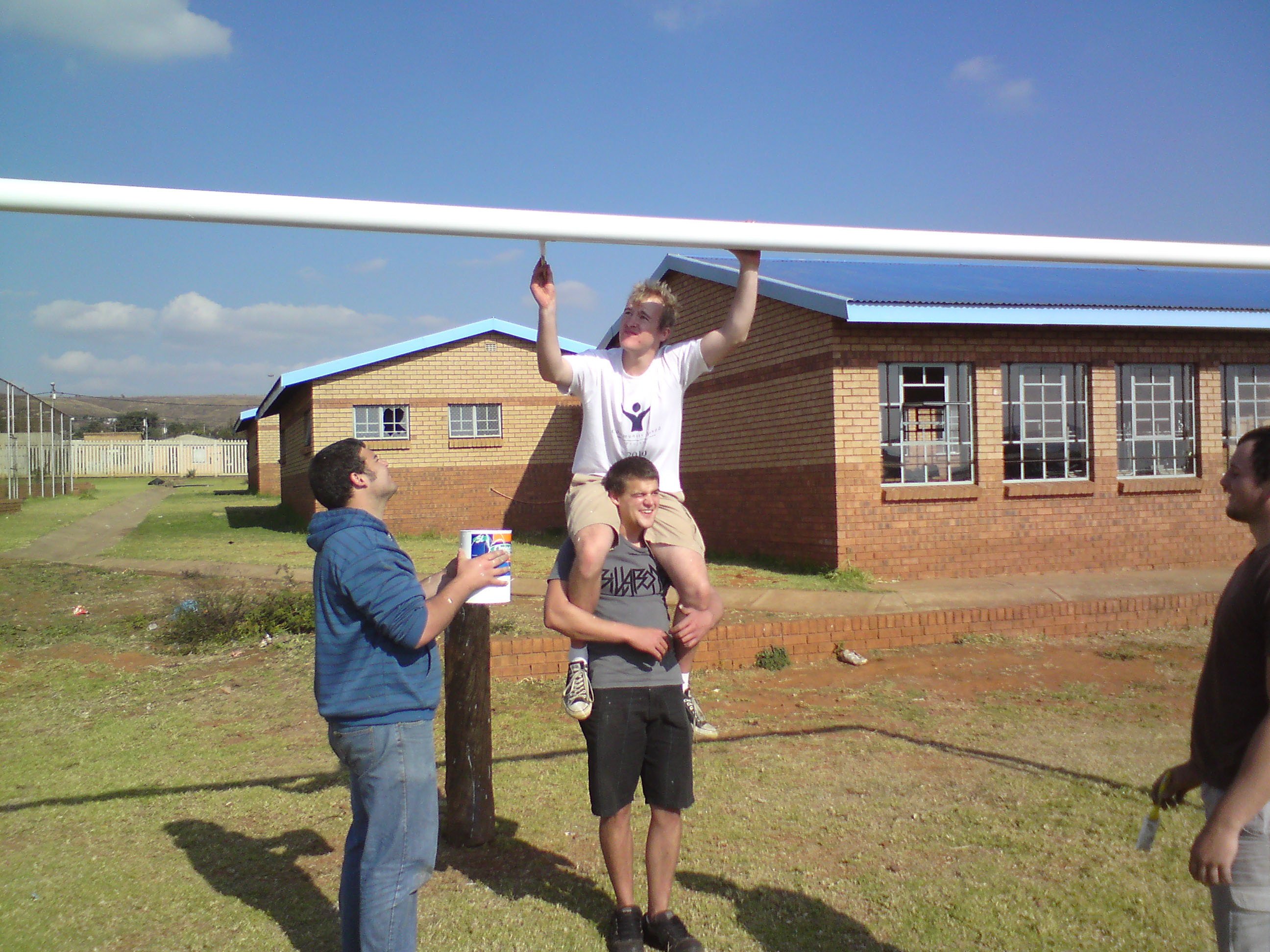 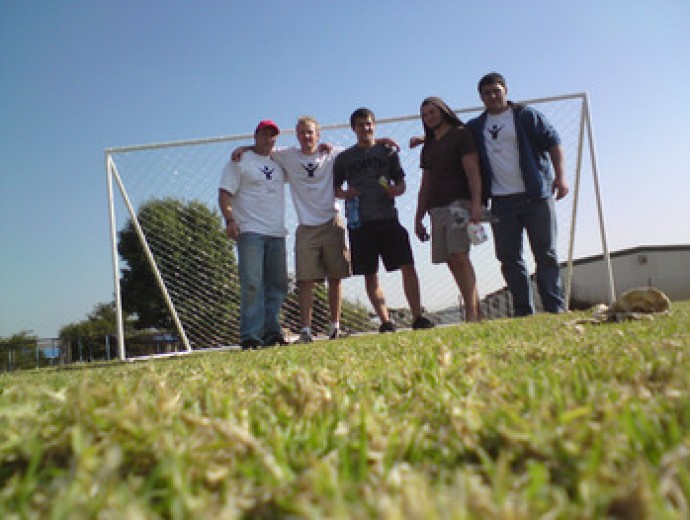