Babies bustle with health at Kalafong

Pretoria - The 20th anniversary of the Kangaroo Mother Care unit at Kalafong Hospital was marked by praise and applause from mothers whose children benefited from the project.

The project is part of the Faculty of Health Sciences at the University of Pretoria, which serves the neonatal population both locally and internationally.

Babies in the unit’s wards are held, cuddled against their mothers’ chests secured with specially-made cloth.

That position also stimulated the production of milk and encouraged its absorption into the baby’s system. The ward has 25 beds.

Nonkululeko Matsi said her premature baby’s weight grew significantly after they were moved from the ICU to Ward 4 in the unit.

Matsi had her baby several weeks earlier than her due date, and the weight was only 1.8kg. Now, almost two years later, her daughter has a normal weight, and Matsi said she could not thank the staff enough. She struggled with milk and wanted to resort to buying formula, which, she said, nurses dismissed right away. “My breasts didn’t have milk for four days but the nurses told me about Kangaroo Mother Care.

“When I did it, I started having a lot of milk, so I really can’t thank them enough for the knowledge and experience I got during the 11 days I stayed there,” she told guests.

Recalling the year the unit was opened, consultant paediatrician and founder of the ward Dr Elsie van Rooyen said it was the first of its kind in the province and only the fifth in the country.

The birth of the unit lightened the burden in the neonatal ward, she said.

“It was the first unit of its kind in Gauteng and it addressed the problem of overcrowding in the neonatal ward. A few years into opening, the establishment received two Khanyisa awards.

She highlighted the benefits of Kangaroo Mother Care which included babies staying warmer and infants feeling less pain and stress.

Babies sleep better and this helps with brain growth and mothers had better breast milk supply, she said.

“Kangaroo Mother Care implies that the mother is taught how to sleep with her baby on her chest, walk around and have meals while the baby is in this position.

“Your baby will be placed on your chest at night and for several periods during the day. As soon as your baby is off oxygen and the doctor is satisfied that your baby is stable, you will be able to do continuous Kangaroo Mother Care, Van Rooyen added.

Highlighting one of the successes, she said the unit had been used to train health professionals from various countries in Africa and also in India, Iran, Bangladesh and Pakistan.

“The unit trained Unicef (The United Nations Children’s Fund) and Save the Children health workers to implement and practise Kangaroo Mother Care in other countries, such as Germany, The Gambia, Ghana, Mali, Ivory Coast, Niger, Togo, Uganda, Malawi, Kenya, Indonesia, Bangladesh and the United Arab Emirates.

“Many research projects at under and postgraduate level have taken place at the unit,” Van Rooyen said. 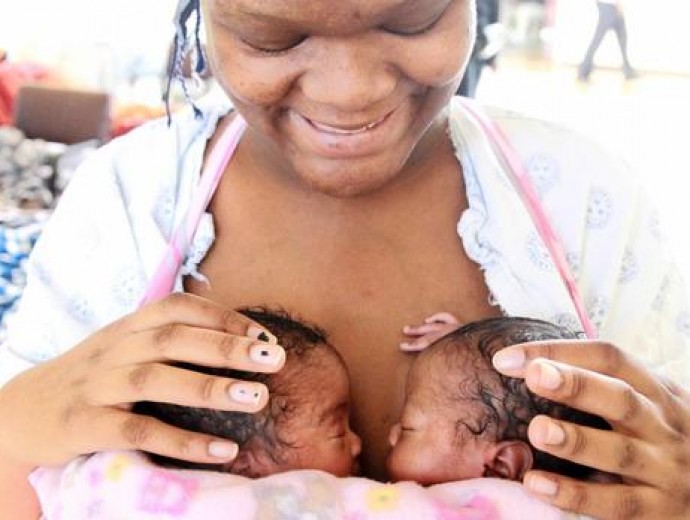 Babies bustle with health at Kalafong