‘Malaria is a silent killer, but it is preventable and treatable,’ says UP Institute for Sustainable Malaria Control

Globally, 3.2 billion people are at risk of malaria worldwide. Malaria sees no class, colour or creed! Many do not know that malaria can present itself with flu-like symptoms, and it can be contracted by a single mosquito bite. Malaria is a silent killer.

According to the World Health Organization (WHO) an estimated 219 million malaria cases and 445 000 malaria deaths were reported worldwide during 2017 (WHO report, 2018). Of those, 92% (200 million) of the cases occurred in the WHO Africa region, specifically sub-Saharan Africa. Children under the age of five, pregnant women, and immune-deprived and elderly people are worst affected. Every two minutes a child dies from malaria in sub-Saharan Africa.

This complex disease is transmitted by malaria parasite-infected female mosquitoes of the Anopheles genus, typically biting people in the time period between dusk and dawn. Malaria is a major public health concern, and many assume that malaria does not affect them and that they are safe. South Africa is among the countries in Africa that still battle with malaria, with more than 10% of the South African population living in malaria-endemic areas. Three of our nine provinces are endemic for malaria: Limpopo, Mpumalanga, and KwaZulu-Natal – specifically the north-eastern tropical regions. This does not mean that the other six provinces are not at risk, as people may travel to a malaria-endemic area for work or holiday. Holiday hot spots such as southern Mozambique and the Kruger National Park, for example, are also areas where malaria is a concern.

There are differences in malaria incidence in the malaria-endemic provinces, with KwaZulu-Natal maintaining steady progress towards elimination. Cases in Limpopo, especially the Vhembe and Mopani districts, have fluctuated from year to year, but have shown an overall upward trend. These districts and other areas border on South Africa’s malaria-endemic neighbouring countries such as Zimbabwe and Mozambique, both with high malaria incidence. Imported cases from these countries into South Africa are also a contributing factor in South Africa’s struggle to eliminate malaria.

The status of malaria in South Africa may not be as dire when compared to other African countries, but elimination remains a key priority for the South African Government, National Department of Health, World Health Organization, South African Malaria Elimination Committee and UP Institute for Sustainable Malaria Control (UP ISMC).

Malaria is both preventable and treatable

The University of Pretoria Institute for Sustainable Malaria Control (UP ISMC), through trans-disciplinary research, focuses on malaria elimination through safer and sustainable malaria control techniques, including innovative and novel ideas, which will make a difference in the ongoing struggle to beat this devastating disease. “People need to be made aware of malaria, how dangerous it really is, how easy it is to contract the disease, and how one can avoid getting sick,” said Prof Tiaan de Jager, Director: University of Pretoria Institute for Sustainable Malaria Control and Dean at the Faculty of Health Sciences. Prof De Jager was speaking at the 2nd African Conference on Health Effects of Endocrine Disruptors, where he introduced new and innovative ways of ending malaria, including education and health promotion strategies, and the Malaria Buddy app. Control, management and the prospect of eliminating the disease is impeded by the complexity of the host-vector-parasite-environmental interactions. Various challenges exist in the drive towards malaria elimination both in South Africa and globally. Climatic changes and/or population movements may favour malaria transmission, possibly reintroducing the disease in malaria-free areas.

The best way to avoid getting malaria is to avoid being bitten by mosquitoes. The recommended ways are:

Dr Taneshka Kruger is a senior researcher in the School of Health Systems and Public Health in the Faculty of Health Sciences at the University of Pretoria, and is the Project Manager: UP Institute for Sustainable Malaria Control. She most often works directly with malaria-endemic communities, especially young children, with the aim of raising malaria awareness. 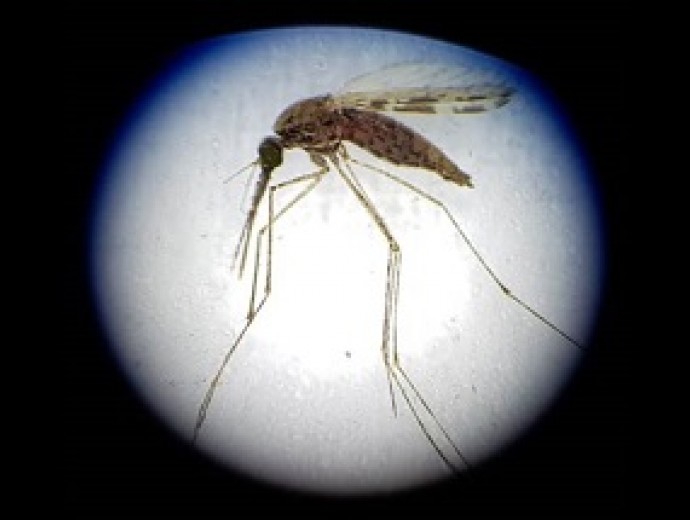