The Tourism Management Division of the Faculty of Economic and Management Sciences hosted a Tourism Symposium on 9 September 2016, with Minister of Tourism, Mr Derek Hanekom, as guest speaker. This was in celebration of Tourism Month, which is observed across the country annually in September to highlight the economic significance of tourism and encourage South Africans to participate in domestic travel.

In his opening address, Minister Hanekom congratulated the University of Pretoria for arranging the symposium. 'Knowledge guides evidence-based decision-making in the tourism sector, which has huge potential for the economy if the right decisions are made,' he said. Mr Hanekom further emphasised the need for more opportunities for engagement between various role players within the tourism sector, as this can lead to more targeted approaches for promoting universal accessibility, including marginalised members of society.

Prof Dimitrios Buhalis from Bournemouth University in the UK elaborated on the concept of accessibility by discussing how various types of disabilities impact on people's participation in tourism. He further stressed the importance of informational accessibility to ensure that travellers are able to make informed decisions about the suitability of tourist attractions and facilities. According to Prof Buhalis, the spending power of this market is estimated at £80 million per annum in the United Kingdom and $200 billion in the US, where $13.6 billion is spent annually on travel alone.

Mr Chris Patton from SANParks discussed how the principles of universal accessibility can be practically implemented, giving examples of policies and practices within SANParks that ensure that people of varying physical abilities are able to enjoy the organisation's facilities. Facts and figures related to tourism in South Africa were shared by Mr Gerhardt Bouwer from StatsSA, who gave the audience a glimpse into the current state of tourism in the country based on the number of travellers that visited in the past year. Tourism in South Africa is a growing industry and is responsible for 1 in 25 jobs.

Various UP academics also expanded on the concept of accessibility, with the Head of the Tourism Management Division, Prof Berendien Lubbe, discussing the factors affecting air accessibility into and around South Africa. Dr Christiano d'Orsi from UP's Centre for Human Rights presented on entry accessibility by analysing the current requirements and the challenges facing the South African tourism industry with its current visa regulations. Prof Karen Harris from the Department of Historical and Heritage Studies discussed the accessibility of the southern Africa region as a local and international tourist destination.

The symposium was well attended. Prof Lubbe noted that the interest shown by government, academia and the tourism industry indicates that all role players are aware of the current challenges and are partnering to find solutions to make South Africa more accessible. 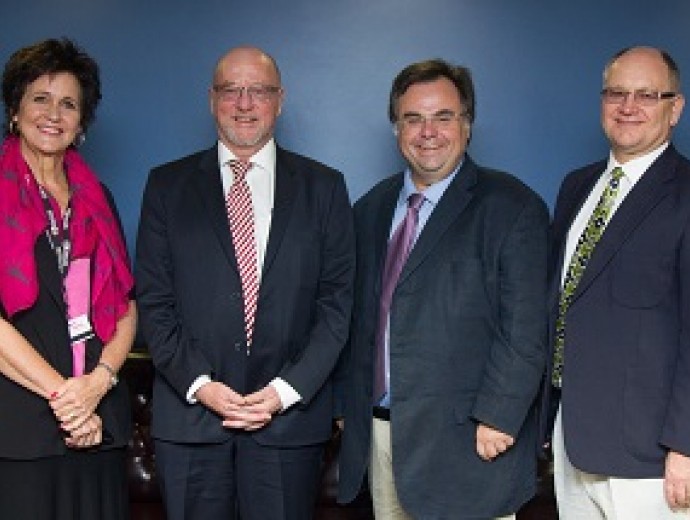