Sociology is a core discipline in the social sciences. It emerged, as a formal discipline, during the nineteenth century, a period in which societies were grapping with large-scale social, economic and political change. A key concern of sociologists was to understand and explain societal transformation. In the 21st century within the context of globalisation, societies again face rapid social change, dislocation and conflict. The multiperspectival nature of sociological knowledge enables sociologists to ask incisive and critical questions, challenge set assumptions and build a systematic understanding of societies. Such reflection engenders social critique opening up possibilities for debating change. Sociology, then, drawing on established analytic traditions and scientific research contributes towards an understanding of these processes of societal change.

Sociology is also a discipline that addresses a broad range of substantive issues at both the micro and macro levels. For instance, interaction between human beings is studied at the interpersonal level, within a small group context, within formal organisations, between members belonging to different social categories within a country and even between states globally. Although some of the topics sociologists study may at first appear to be common sense, routine and mundane, the purpose of developing a sociological imagination as C Wright Mills puts it, is to look at these matters in new ways, to transcend what is obvious and to develop a deeper understanding, by linking everyday experiences to broader social processes.

Studying sociology does not only entail engagement with substantive content. It also entails sociological insight, a way of thinking about social phenomena. In your studies you will be introduced to a range of approaches and ways of thinking. The Department aims to develop well-rounded scholars who reflect critically on social issues. The ability to think critically and creatively about a whole range of matters is a key analytic skill and opens up multiple career paths. Sociological insight, rigorous interpretive skills and the practical research skills which are the hallmark of training in the discipline of sociology are drawn on when consulting and debating public policy, labour relations, the pressing socio-political and international questions of the day, the social problems that confront both society and the global world, human resource management and issues of social welfare, societal change that includes economic and political change and development.

Graduate students in Sociology pursue careers in diverse fields such as education, formal social research, community and societal development, business, trade unions, government service, the criminal justice system, mass media, including journalism and the information technology industry, trade unions, non-governmental organisations, including those of a multinational nature that deal with questions of the environment, poverty and ill health, the state and interstate institutions. 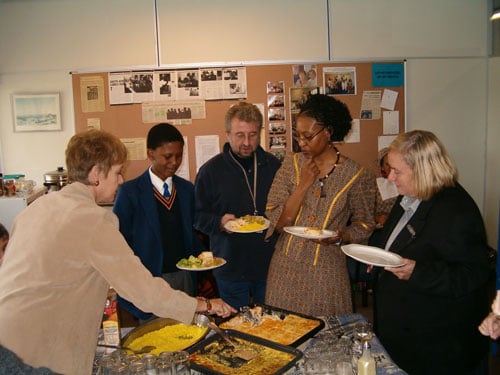