Prof Paola Wood is not the typical academic. This associate professor and biokineticist in the Department of Physiology, Division of Biokinetics and Sport Science at the University of Pretoria, first practiced as a professional biokineticist for 15 years before returning to the academic sphere to probe challenging questions she had faced in practice. While she always believed that exercise could improve a person's quality of life, a main objective of Wood's research has been to produce usable and relevant work that can make a tangible difference in people's lives. Her focus throughout her time in professional practice and in academia has been to identify the risk factors that result in injuries.  It is because of her objective to make a difference in the lives of people in all walks of life that, in her research, Prof Wood has not focused exclusively on one specific field, but has invested her knowledge and time in everything ranging from serving the military to improving the lives of the elderly.

Biokinetics aims not only to manage diseases, but to prevent them. 'We want to change people's lifestyles by using exercise as a way of preventing injuries and certain non-communicable diseases, and retarding the aging process,' explains Wood. Biokinetics also ensures that individuals use exercise in the correct way so that it does not become a cause of injury.

Wood's early career started in Correctional Services, where she was introduced to staff that had very high levels of stress, resulting in absenteeism and high medical costs. Firmly believing in the power of exercise, Wood put her expertise into practice and introduced regular exercise programmes to staff. A significant reduction in absenteeism and medical costs resulted.

A move to the South African Military Health Service is what largely influenced her research interests, where she started concentrating on identifying risk factors resulting in injuries, such as stress fractures.

Injuries are complex and it is important to clearly distinguish between injuries that are extrinsic and injuries that are intrinsic in nature. Extrinsic risk factors could include injuries caused by a sudden increase in training or the intensity of training. Such injuries are quite common in the military, particularly among new recruits starting with Basic Military Training (BMT). If persons have done no exercise prior to joining the military, their risk of injury is much higher than that of someone who has already acquired some degree of fitness. Wood believes that a pre-entry fitness test would be an ideal way to identify individuals that have very low levels of fitness, and flagging them as having a greater potential risk of sustaining specific types of training injuries.

Intrinsic risk factors are the biomechanical problems inherent to an individual. Someone with flat feet, for example, is at a higher risk of developing stress fractures than someone with normal feet. Wood notes that the ideal would be for a screening process to be done before the enrolment of staff for BMT. This would not only ensure improved prevention of injuries, but also ensure that military personnel are able to work for the duration of their term of service.

Wood's research also looked at the difference in injuries respectively sustained by women and by men in the military. While the number of women joining the South African National Defence Force (SANDF) has been on the increase since 1994, training and equipment have not always changed accordingly. However, Wood's research has been instrumental in the revision of SANDF policy on physical training.

An increase in pelvic stress fractures observed among female recruits was largely attributed to the large backpacks they had to wear that were actually designed for men. They were about 10 to 15cm too long for the average-sized woman, hanging against their pelvises. Every time they had to march, the bag would continually bump against the pelvis. Though subtle, the constant force of the bag striking the pelvis was enough to cause stress injuries in about five per cent of women.

Another example of Wood's usable and easy to implement solutions was a simple change in the way platoons line up. Traditionally, platoons would line up from the shortest to the tallest member. With the increase in the number of female recruits, women would typically be at the front of the platoon line, being generally shorter than their male counterparts. Their leader during drills would set the length of each step. However, when the platoon did an about-turn, the females would find themselves at the back and having to follow the tallest person, compromising their step. By simply changing the formation to have the tallest person in the middle, a lower incidence of stress fractures was observed.

Recently, Prof Wood focused her attention on the military training programme, which changed from being a 12-week programme to a 20-week programme. Her study assessed whether the eight-week extension had any benefit regarding the fitness outcome, particularly in evening out the differing average levels of fitness between male and female recruits. Wood determined that extending the training did not, in fact, result in further improvements in fitness and did not aid in reducing the discrepancy between male and female fitness levels.

Her focus on making a difference in the lives of people in general has also directed Wood's research towards improving the lives of the elderly. Wood firmly believes a biokineticist can play an important role in the maintenance of vitality in the elderly. For example, the main reason for the loss of independence of the elderly is their high risk of falling, which is strongly correlated with the mortality rate. Prof Wood has been particularly interested in the role exercise can play in reducing the risks that the elderly are exposed to.

Literature shows over 20 assessments that can be used to assess the elderly's risk of falling. These assessments range in duration. Wanting to optimise the time biokineticists have with their patients, Wood did a comparative study of tests, ranging in duration from one minute to 17 minutes. From a research perspective, the 17-minutes risk assessment may be ideal, but from a practical perspective the one-minute test is sufficient. This simple three-metre walk test, developed by Rikli and Jones, requires the patient to sit on a chair, get up from the chair and walk a short distance, turn around and walk back to the chair. If the patient takes longer than 13 seconds to complete the test, they are considered to be at a higher risk of falling. Wood advocates that biokineticists should do this quick test with every elderly person that comes in for treatment. 'This test serves as a good marker for the risk of falling that gives the biokineticist an indication of whether to include balance exercises in the exercise programme, thus ensuring that the exercise programme is tailored to the individual.'

Not only is the vitality of the elderly important for their own independence, but it is also important for a country's economic status. 'We need to have plans in place so that the elderly remain independent for as long as possible and do not become a burden on society.' Exercise can play a major role in ensuring this. Wood stresses that exercise does not have to be a formalised activity, rather it should be something fun and social that is incorporated into the elderly's daily lifestyle.

Wood is also looking at risk factors for various sport injuries, and continues to focus her work on injury prevention, rehabilitation and making a difference in people's lives. With increased collaboration with institutions such as the Institute for Sport, Exercise Medicine and Lifestyle Research at the University of Pretoria, Wood is hopeful that she will be able to do work that takes on a multi-disciplinary focus and continue to make a difference in the lives of people. 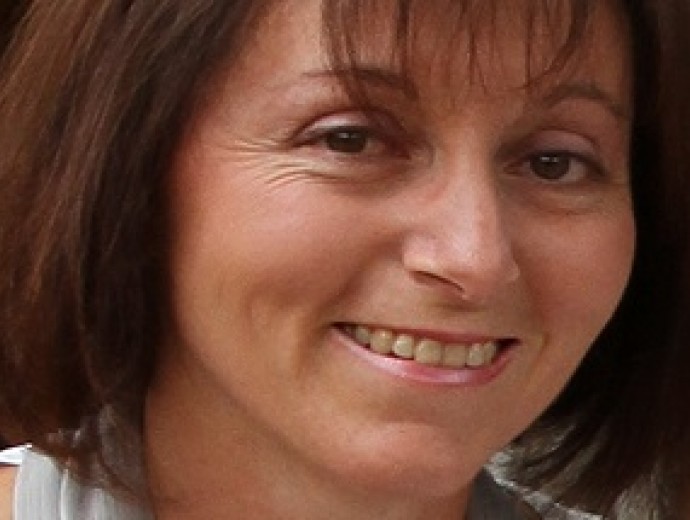