Fighting breast cancer in the laboratory

October was breast cancer awareness month. According to the World Health Organization (WHO), breast cancer is regarded as the most prevalent cancer in women worldwide. Approximately 1,7 million new cases were diagnosed in 2012 (most recent data available). This represents 12% of all new cancer cases and 25% of all cancers in women. The American Cancer Society reported in 2008 that the five-year relative survival rate for all stages of breast cancer is 89%. Breast-cancer-specific survival ten years after diagnosis is 78,8%. This disease claims the lives of approximately 522 000 women per year and studies predict that breast cancer diagnoses will increase by approximately 50% by 2030. That being said, it is important to remember that this disease is not limited to women – although breast cancer is about 100 times less common among men than among women, a significant number of cases in men are still reported each year.

Prof Annie Joubert, a professor in the Department of Physiology at the University of Pretoria (UP), has been involved with research focused on the treatment of breast and cervical cancer for a number of years and has gained national and international recognition in this field. Together with her research team consisting of national and international collaborators and postgraduate students from a variety of disciplines at UP, her research focus entails the in silico design (computer-based), synthesis, and in vitro, ex vivo and in vivo evaluations of newly designed anti-cancer compounds that are of national and international importance with regard to long-term patient care. The UP team collaborates with a team of researchers at the Albert Bonniot Institute at the Université Joseph Fourier in Grenoble, France in this regard.

The transformation from a normal cell into a tumour cell is a multistage process during which a cell typically progresses from a pre-cancerous lesion to a malignant tumour. Prof Joubert explains that cancer cells have the ability to grow continuously – a phenomenon known as immortalised cell progression – by ‘stealing’ nutrients and oxygen from other cells in order to feed themselves. With breast cancer specifically, these malignant (cancer) cells form in the tissues of the breast from where they can then invade the surrounding tissue.

Prof Joubert says that the majority of risk factors for breast cancer can be related to factors such as carcinogens. Carcinogens are substances that have the potential to cause cancer in living tissue. Risk factors may be related to personal behaviours such as smoking, drinking and diet. Some factors influence risk more than others, and it is important to note that a person’s risk for breast cancer can change over time, owing to factors such as ageing or lifestyle. Breast cancer can also develop as a result of genetic defects (called mutations) inherited from a parent. Interestingly, Prof Joubert points out that only about 5% to 10% of breast cancer cases are thought to be hereditary. The most common cause of hereditary breast cancer is an inherited mutation in the BRCA1- and BRCA2 genes. In normal cells, these genes help prevent cancer by making proteins (tumour suppressors) that keep the cells from growing abnormally. Having this gene or even being diagnosed with breast cancer does, however, not have to be a death sentence. With early detection and treatment breast cancer can be beaten.

Prof Joubert says that a major challenge researchers face when designing new anti-cancer compounds, is finding agents that target cancer cells while leaving normal cells unharmed. She explains that in chemotherapy and other cancer treatments, the side-effects of the treatment tend to make patients extremely ill. Their goal is, therefore, to design and develop new pharmaceutically relevant drugs that will target and kill only the cancer cells, without compromising the adjoining normal cells. In order to fulfil this ambitious goal, Prof Joubert and her team work closely with her husband, Prof Fourie Joubert, who is the Director of the Centre for Bioinformatics and Computational Biology at UP.

The Centre for Bioinformatics and Computational Biology has access to computer programs and software that make it possible for the team to conduct in silico experiments to determine the effect of certain chemical compounds on cancer cells in a virtual environment. This means that researchers are able to study the chemical structure of a compound in detail using the sophisticated software available and bind it to a virtual representation of a cancer cell. In this way the team can determine if the compound will in fact bind to the cancer cell, and exactly what such a binding will entail. This process is known as drug design or drug discovery. The results obtained in the process enable researchers to make predictions as to the viability of a specific chemical as a potential anti-cancer compound.

One of the greatest advantages of working in silico is that a large number of compounds can be tested at a much lower cost than would have been possible when testing the same number of compounds in a laboratory. The digital technology allows researchers to identify the compounds that have the greatest potential for success, which can then be further tested for relevance in the laboratory. The UP team, for example, tested about 90 compounds in silico and were able to narrow these down to just eight high-potential compounds for further testing.

The eight newly designed anti-cancer compounds were synthesised with the help of iThemba Pharmaceuticals (Pty) Ltd, so that the team could start testing them in the laboratory. As their first order of business, the team wanted to determine whether the new compounds really caused cell death in cancer cells when compared to control cells. They also specifically looked at the selected compounds’ ability to target cancer cells of a specific type, such as breast cancer or cervical cancer. The efficacy of some of the compounds in causing cell death in cancer cells led to a concern among team members about their possible effect on human blood cells. Hearteningly, tests conducted in this regard on the blood of healthy participants showed that none of the compounds had any negative side-effects on these cells.

From the results obtained in these experiments, three high-potential compounds suitable for in vivo trials were identified. In vivo studies using mouse models are currently underway and researchers plan to measure the bio-availability and absorption rates of these compounds in living subjects (mice). The team will make use of different cancer markers and indications of reduction in tumour size in order to determine the efficacy of these drugs.

Prof Joubert and her team are committed to finding novel treatments that target cancer cells specifically, while causing the least possible amount of discomfort to the patient. However, as the old adage goes, prevention is always better than cure. She urges all women to make healthy choices like not smoking, maintaining a healthy weight, eating healthily, staying active and regularly going for screening tests such as mammograms. 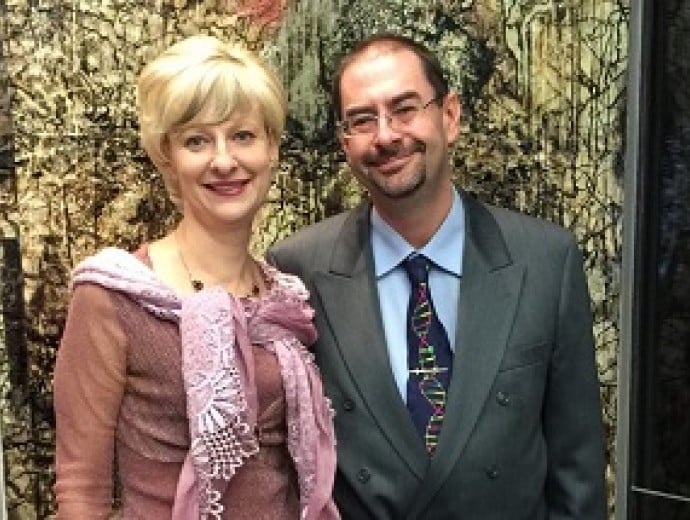